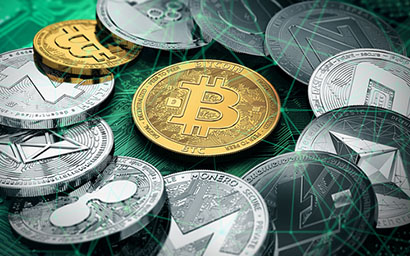 The number of UK consumers that have bought into cryptoassets such as bitcoin has almost doubled in a year, but many are at potential risk of financial harm, according to research by the Financial Conduct Authority.

An estimated 2.6 million people have invested in cryptoassets at some point – a 1.1 million rise since the regulator undertook the same study last year.

The survey, conducted by research and analytics firm YouGov, forms part of the FCA’s work alongside the UK government and Bank of England to understand market size, consumer profiles, and attitudes towards cryptoassets in the country.

The majority of cryptoasset owners are generally knowledgeable about what they are getting themselves in for – such as lack of regulatory protection and high volatility -  a large number are exposed to possible financial damage, the research said.

According to the FCA, which has previously warned of the volatility and risk entailed with this sort of investment, many cryptoassets are not currently regulated in the country.

“This means that the transfer, purchase and sale of such tokens currently fall outside our regulatory remit, leaving customers unable to make complaints to the Financial Ombudsman Service or seek protection from the Financial Services Compensation Scheme,” the research stated.

An estimated 300,000 crypto investors are under the impression they are protected, but this lack of regulation means consumers’ sense of security is misplaced.

Earlier this year, the UK Government said it intends to consult on measures to bring certain crypto assets into scope of financial promotions regulation as part of its March budget.

A policy statement is due this year following a consultation on banning the sale of certain crypto asset derivatives to retail investors, the FCA said.

The first half of 2019 saw a surge in cryptocurrency thefts and scams, with criminals and fraudsters netting billions from users and exchanges as cybercrime techniques continue to evolve with the times.

Cybercriminals stole around $4.26 billion (€3.84 billion) from cryptocurrency users, investors and exchanges over the first half of this year, up from $1.7 billion for the whole of 2018, according to a report by US-based cybersecurity firm CipherTrace.