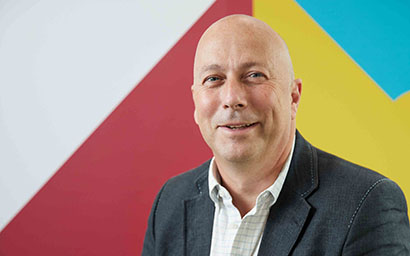 Whether young or old, evidence suggests the pandemic may increase age discrimination in the workplace. Academic Steve Butler - who is also a financial services chief executive – explains why and asks for your participation in research that could shape policy.

Ever since the civil rights legislation in the 1960s and 1970s, workplace “discrimination” has been on the corporate agenda - especially with regard to gender and race. However, by 2000 the corporate language had changed to managing “diversity”, meaning diversity in its widest sense, including age.

Diversity has become a part of HR management practice, and to direct this societal shift specifically in relation to age, the UK Government enacted The Employment Equality Age Regulations 2006. This prohibited employers from unreasonably discriminating against employees on grounds of age.

Research in the UK around the time of the legislation identified that 18% of workers had received less favourable treatment because of their age. Being considered too old for promotion reduced training opportunities for older people. It fostered negative attitudes, even led to redundancies, and thus reinforced the need for the legislation.

Before the pandemic, and some 13 years after the legislation, the House of Lords Select Committee on Intergenerational Fairness and Provision reported that “ageism remains a problem within British society, despite long-standing laws against age discrimination”. The Lords’ report drew on the fact that since the age discrimination legislation was introduced there had been a steady increase in the number of Employment Tribunal claims each year, rising to a peak of 12,629 case in 2015/16.

Covid-19 and discrimination
A life-threatening pandemic has forced society to work in different ways and re-evaluate many of its priorities. Many businesses are also facing severe financial pressures. Not always the ideal setting for advancing cultural shifts which are seen as long-term investments, this creates long-term ramifications of Covid-19 for discrimination issues.

Already in some parts of the economy we are seeing echoes of the financial crash of 2008, where businesses adopted extensive cost-saving activities in an effort to survive, including reactive HR practices such as compulsory redundancies, simplifying contracts, outsourcing, and deskilling. This suggests that the current pandemic could intensify already existing age discrimination phenomena.

Five months into the Covid-19 pandemic the Financial Conduct Authority reported that younger and older workers were most impacted as result of the crisis, through being furloughed, losing hours or pay, or losing a job. This message has been echoed in the media throughout the national lockdown period. The Times reported early in the pandemic that the young and low-paid were “hit the hardest” by the impact of Covid-19. However, in contrast, The Guardian ran the headline ‘Older people Covid-19 crisis risks UK “lost generation” of people about to retire’.

Spanning both perspectives, The Telegraph reported on Tuesday 11 August that ‘Covid-19 job losses hit oldest and youngest workers hardest’. The media coverage highlights the inequity of how different generations are being treated is at odds with the concept of intergenerational fairness.

In the past there have been many studies highlighting the attitudes towards and stereotyping of older workers, which are widespread and negative. Older workers are perceived as less creative, less flexible, more resistant to change, and uninterested in training.

Although the ageism-related research has tended to focus on older workers, there has been a number of studies highlighting the plight of younger workers. Younger worker stereotype assumptions have included being inexperienced, disloyal, unmotivated, irresponsible, and selfish. These stereotype attitudes have often led to discriminatory behaviour, such as lack of promotion, less training opportunities and increased risk of redundancy.

To be involved in this important research please complete this survey conducted by the University of Winchester.

*Steve Butler is a Doctoral Student at the University of Winchester and CEO of Punter Southall Aspire.