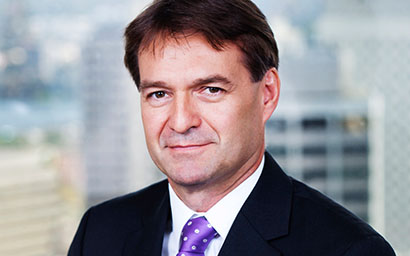 Hodge says 2019 saw the mainstream acceptance of cloud technologies, with even the most conservative firms now embracing cloud strategies to reduce technology inertia and boost efficiencies.

The Cloud: Cloudy with a chance of risk

“With much of the industry focused on the promise of DLT and blockchain technologies, cloud technologies have delivered greater economic value across investment businesses in 2019 in terms of improved operating leverage and efficiency,” he says.

“The development has opened up a new wave of hybrid operating models and taken outsourcing options to the next level, allowing investment firms to focus on core activities.”

Hodge gives his views in the latest issue of Funds Europe’s FundTech Report, along with other experts commenting on 2019 and the year ahead.

Producing a ‘contingent NAV’, one of the services, relates to the production of a NAV if a fund administrator experiences an outage. The Milestone research found a “material increase” compared to the last survey in 2014 in respondents who are concerned about cyber-risk among fund administrators. This follows some high-profile cases of service provider outages, according to the firm.

Paul Roberts, chief executive of Milestone, said: “It’s clear the industry is becoming aware of the nuances relating to operational risks that modern oversight and contingent NAV capabilities can mitigate, but there remains a way to go to for the industry to fully embrace resilient systems.”

Although there were “relatively few headline-grabbing errors”, he said that practitioners know that “outages happen more frequently than most realise” and that many funds remain unprepared for a complete multi-day outage.

Elsewhere in the Milestone research, there was a “contradiction”. Although it was recognised that automation was important for efficiencies and resilient fund oversight, manual spreadsheets are still utilised as part of the oversight function by around half of respondents.