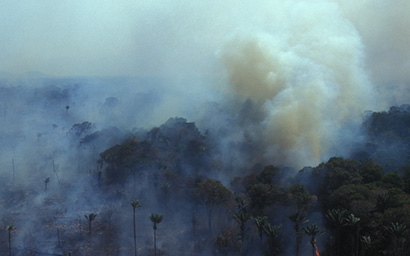 The UN’s Intergovernmental Panel on Climate Change (IPCC) has warned that global warming is happening at a faster rate than previously estimated, but there is still time to take action.

According to the latest IPCC report – eight years in the making – the climate crisis is being “unequivocally” caused by human activities, with devastating consequences including droughts, heatwaves, rising sea levels, and melting polar ice and glaciers.

The report warns that global temperatures are likely to rise more than 1.5C above pre-industrial levels by 2040, breaching targets laid out by the Paris Agreement in 2015.

According to António Guterres, the UN secretary general, the IPCC report is a “code red for humanity”.

“The alarm bells are deafening, and the evidence is irrefutable: greenhouse gas emissions from fossil fuel burning and deforestation are choking our planet and putting billions of people at immediate risk,” he said.

Guterres called for an end to new coal plants and fossil fuel exploration and development, and urged governments, investors and businesses to focus their efforts on achieving a low carbon future.

Eoin Murray, head of investment at the international business of fund manager Federated Hermes, said: “The most important piece of the latest IPCC report must be that we are today in our last decade to take the necessary actions to avoid the horrors of predicted climate change, and that it is still within our gift to make the required changes.”

He added that the IPCC report on the climate crisis will likely place further pressure for a successful outcome at COP26 held in Glasgow later this year.

Randeep Somel, manager of the M&G Climate Solutions fund, urged countries to speed up the transition to a net zero emissions framework.

“We have the climate solution tools available to us whether it be the transition to renewable energy, adoption of electric vehicles, improving building efficiency, increasing levels of recycling and the incorporation of greener technology for industrial processes,” Somel said.

“This report should hopefully be a stark reminder to all the leaseholders of our planet, be they consumers, industry or governments, that action needs to be taken sooner, and that we all have our part to play.”

He added that investors need to “continue pushing” companies to adopt science-based targets for their own emissions and encourage highly pollutive companies to transition their business models to more sustainable paths.