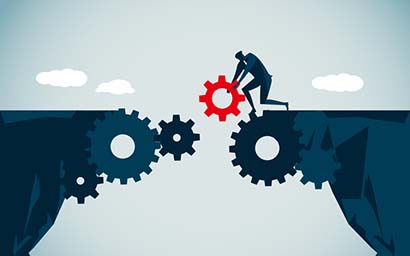 At a recent Funds Europe roundtable, we asked panellists how investment can help emerging markets transition to net zero, considering the hurdles in the way.

“Transitioning to net zero is harder for emerging countries than it is in the developed world. They don’t have the same amount of resources and they have other important priorities,” said Mirko Cardinale, head of investment strategy and advice at UK pension scheme Universities Superannuation Scheme.

“They [emerging markets] need to grow to be able to lift people out of poverty. We obviously need to balance out the transition with other important factors that have to be considered – that is, we need to see a just and fair transition for all.”

Fellow panellist Heinrich Slabber, senior partner at Holborn Assets, argued: “Who gives me the right or you the right or anybody else the right to tell somebody else what they should or should not do?" There's more to it than just setting terms and conditions.

“As far as allocating capital goes – at least in the short to medium term when it’s starting – the better way is to reward the behaviour that we want to see and not fall for somebody that’s asking for money and promising to change after.”

For investment in emerging markets to make a difference, he highlights, it’s best not to give direct to governments.

“Most governments are not capable of allocating capital correctly. If you give money to politicians with a view of lifting their people out of poverty, you’ve got a 5% chance of any of that money landing on the ground. Going to the companies on the ground will make that difference, so the investment works as the way you want.

VIDEO: How investors are driving change in the meat industry

“Politicians in general believe that they’ve got a short-term contract for a three to five-year period, and in that time, you must make as much money as you can because next term, you’re not going to be there.”

During the early stages of electric vehicle development in China, the government handed out a lot of subsidies as incentives, reflects Xiadong Bao, an emerging market equity manager at Edmond de Rothchild Asset Management.

“The abuse of this system was widespread, with limited advancement of technology,” he said.  “Giving money to local governments is not as efficient as governments introducing clear rules and letting the capital markets play it out.”

Cardinale argued that private companies in emerging markets are not always efficient at allocating capital, either. “We need to make sure that the right incentives are there, and indeed the financial services industry has a big role to play to make sure we can steer companies and governments in the right direction,” he said.

“The pandemic has also taught us that if you leave everything to the private sector, then you can end up in a lot of trouble. In a worst-case scenario, the government needs to step in. You need to strike a balance between the two.”