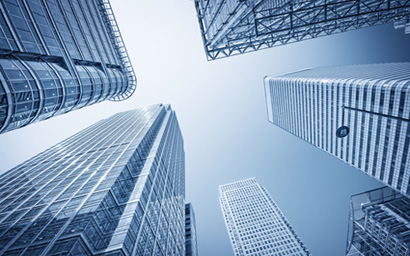 Fears that the current trickle of jobs from London to rival financial centres in the EU27 could turn into a mass exodus as a result of Brexit have been confirmed by new relocation guidance from the European regulator.

The ‘opinion’ document published yesterday by Paris-based Esma, Europe’s top financial markets regulator, means that UK-based share and fixed-income trading firms will be obliged to set up extensive operations within the EU single market after Brexit if they want to continue to do business there.

The European Securities and Markets Authority plans to stop shell companies in Europe routing business back to the City and said that trading and investment firms would need to employ senior staff with “effective decision-making power” within the single market.

The regulator said that EU member states would need to be vigilant in vetting UK-based investment firms attempting to relocate to the EU27 and that national supervisors should carry out extensive investigations into fund managers if they suspected that little business had in practice been moved.

The opinion confirms initial guidance issued by Esma in May that sought to ensure that EU countries do not allow “letterbox” entities to be established employing a token few, mostly low-level, employees.

The new guidelines could mean that firms would have to employ compliance, audit and legal staff within the EU27 and set up firms with their own chief executives and boards.

“The EU27 have a shared interest in building a common approach to dealing with relocating firms that wish to continue to benefit from access to EU financial markets,” said Esma.

“A significant proportion of staff with significant expertise performing key and important activities…should be based in the EU27 to ensure familiarity with and sufficient competence of applicable rules and regulations.”

Esma issued a similar warning on the outsourcing of investment management to the UK, saying that this would only be allowed where the entity was in compliance with the Ucits directive and the Alternative Investment Fund Managers Directive.

Outsourcing of portfolio management to UK entities would only be permitted where the Markets in Financial Instruments Directive (MiFID II) rules were complied with.

Chris Cummings, chief executive of the UK’s Investment Association said that the Ucits regime for the funds industry had been a “European success story” and its regulations needed to remain robust.

“But these regulations should also remain open to international cross-border business as this provides greater choice and value to investors."

Dan Waters, the managing director of the international arm of the US funds trade body ICI, said he was “concerned” for the future success of Ucits “as a preferred investment vehicle for investors around the world” following publication of the Esma document.

“The combined strength and flexibility of the Ucits regulatory framework greatly benefits investors, and has enabled Ucits funds to rank among the European Union’s most successful exports,” he said.

“The task now falls to national regulators to take account of Esma’s opinions. We are certain they will bear in mind the benefits of investing in Ucits, and the benefits of Ucits’ cross-border and delegation arrangements.”