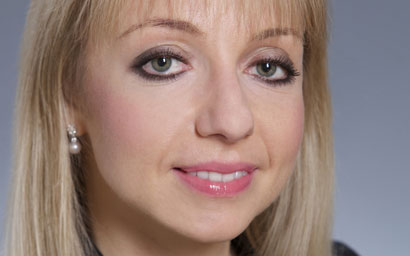 It is understandable that markets are nervous about this month’s Dutch elections, given the apparent wave of populism engulfing Europe. But Anna Stupnytska, global economist at Fidelity International, explains why a ‘Nexit’ is unlikely.

Elections for the 150 seats in the Dutch House of Representatives, the more significant house of the bicameral parliament, are due on 15 March. The party-list proportional representation system results in a relatively large number of parliamentary groupings, requiring parties to negotiate to build majority governments. This means that the number of seats won on election day is often not the decisive factor in government formation; rather, parties’ ability to negotiate coalitions is critical.

Based on current polling, Geert Wilders’ populist, anti-EU, far-right PVV and the current Prime Minister Mark Rutte’s liberal VVD are neck-and-neck for the largest share of seats. However, there are significant obstacles to a PVV-led coalition with Wilders as the prime minister. Two possible allies, current Prime Minister Mark Rutte’s liberal VVD and the eurosceptic Socialist Party (SP), have ruled out a deal with Wilders.

As such, the most likely outcome is for protracted negotiations, resulting in another cabinet led by the VVD with Rutte as Prime Minister. In order to achieve this he would need support from the CDA, the centrist D66, GroenLinks (Green Party) and probably one other party.

The key risk is that such a wide-ranging coalition could collapse, resulting in early elections. Indeed, recent elections have not produced stable coalitions; since 2002, only the most recent government (VVD with PvdA) served its full term, with collapsing coalitions triggering early elections in 2003, 2006, 2010 and 2012.

An early collapse would imply a less favourable/riskier backdrop for the EU’s negotiations with the UK and Greece.

Brexit, Trump...... Nexit?
Even if our base case does not transpire and Wilders assumes a controlling position in the next parliament, a legally binding ‘Nexit’ referendum would still be unlikely. Under current Dutch law, public referenda are not binding. As such, both houses of parliament would need to pass legislation to effect a ‘Brexit’ style vote. Legislation for a binding referendum has been discussed, but needs a two-thirds majority across both houses. Either the Senate or one of the smaller parties in a potential Wilders’ coalition would almost certainly veto a ‘Nexit’ vote.

Crucially, a Eurobarometer poll of all EU countries in November 2016 showed that 77% of Dutch respondents are still in favour of the euro (above the EU-28 country average of 58%) with only 22% against.

Near-term anxiety likely to persist
After the failure of electoral polls to predict the outcome of the Brexit referendum and US elections, it is understandable that markets are nervous about upcoming Dutch elections given the apparent wave of populism engulfing Europe this year.

But the political outlook for the Netherlands is comparatively benign, at least for now. Indeed, there are considerable limitations to a Wilders-led government and a ‘Nexit’ referendum, which leaves both scenarios highly unlikely. The most likely result is another VVD-led coalition with Rutte as PM - this would involve no substantial change to the outlook for Dutch policy. It could even become one of the catalysts for further European integration, which would be market-positive.

In the near term, the speedy formation of new coalition without the PVV would likely be taken as a (tentative) sign of defeat for populist insurgencies in Europe that may bring about some relief in the run-up to the second round elections in France. However, because coalition negotiations might take a number of weeks, market anxiety could persist for some time, especially if the PVV turns out to be more successful than expected. This would have a negative knock-on effect on Greek debt negotiations (assuming no deal is reached by 15 March), as well as Brexit negotiations. Some decisions on these two issues may have to be postponed until after a Dutch coalition is in place. Further down the road, the key risk is that a wide-ranging Dutch coalition (even in line with our baseline scenario) could collapse, producing early elections and creating fresh uncertainties.