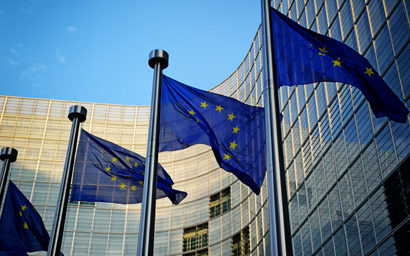 Asset managers including Amundi, Lyxor and RBC Global Asset Management are to seek permission to distribute European-based funds into the UK in the event of Hard Brexit.

The firms are among those filing, or preparing to file, for ‘temporary permissions’ from the Financial Conduct Authority (FCA) which would give them fund distribution rights for three years once the UK falls away from the EU passporting regime.

The funds permitted can be Ucits or alternative funds but must have existing passporting approval.

Paris-based Amundi has already begun to apply for the temporary permissions for more than 200 Ucits and alternative funds, including sub-funds.

The firm, which had €1.47 trillion of assets under management (AUM) at the end of September 2018, told Funds Europe it invests over €50 billion of assets out of London but does not currently have existing funds domiciled in the UK.

Lyxor Asset Management, which is also based in Paris, told Funds Europe it is in the process of registering around 250 funds with an estimated €60 billion in AUM. The firm said: “We’re a pan-European asset manager and we don’t have any UK funds yet – though this is something we’re considering.”

Lyxor emphasised its commitment to its UK business, saying it had expanded its presence in the country over the past two years and that it recognised Britain as a major financial centre.

Lyxor said the question of whether it would domicile funds in the UK would come down to value. “We’ve been able to launch Europe’s lowest cost funds through the economies of scale from listing our funds across Europe,” a spokeswoman said.

Axa Investment Managers, another large France-based player, said it had reviewed all of its funds which have UK registrations and that it planned to take advantage of the temporary permissions regime for funds that were passported into the UK.

It is understood that Natixis Investment Managers – which also has a UK Oeic range - is to file for temporary permissions as it has UK clients in funds managed out of management companies in France, Luxembourg and Ireland.

These funds are also invested by multiple fund management firms affiliated with Natixis, which include Loomis Sayles and Mirova.

RBC Global Asset Management, which does not have any funds domiciled in the UK, said it intended to apply to the FCA for temporary permissions to be granted for funds in its Luxembourg Ucits umbrella.

“We are currently working through the range of funds for which we will be applying for a temporary permission but RBC’s umbrella comprises over 20 sub-funds and the vast majority have a range of European investors,” said Paul Williams, regional head of business development.

Three other firms contacted by Funds Europe – Nordea, Carmignac and Mirabaud – declined to give information.

The FCA opened a notification window on January 7 for firms to tell the regulator of their intention to seek temporary permissions. The window closes on March 28.

Temporary permissions are a backstop for if the UK leaves the EU without an implementation period and becomes a ‘third country’ with no mutual passporting rights. The permissions for inbound firms or funds from the European Economic Area would last for three years, during which time funds would have to seek full authorisation.

Ucits management firms that have the temporary extension to the marketing regime by exit day will also be able to market new sub-funds that have been authorised by domestic regulators.