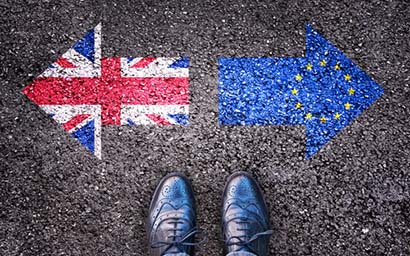 More than 330 financial services firms with offices in the UK have responded to Brexit by relocating part of their business, moving staff or setting up new entities in the EU.

The finding, published in a report from the London-based thinktank New Financial, is an increase of 63 firms, or 23%, since an earlier report on the impact of Brexit was published in March. Ninety-five of the 332 firms are asset managers.

According to New Financial, most of the additional moves over the last seven months have been made by smaller firms preparing for Brexit as most larger firms completed their preparations last year.

The report found that Dublin has extended its lead in attracting business from the UK, with 115 firms choosing the Irish capital as a post-Brexit location (an increase of 16 since the March report).

The figure for Dublin represents nearly 30% of all the moves identified, ahead of Luxembourg with 71 firms, Paris with 69, Frankfurt on 45, and Amsterdam on 40.

Paris has benefited most from the more recent relocations, with 28 moves – over 40% of the additional firms since the March report.

New Financial’s managing director William Wright said that, in the event of a deal, he does not expect firms to reverse their relocation decisions.

“In the event of No Deal, we expect the number of staff and assets being moved to the EU to increase quickly and significantly,” he said.

“Over time, we expect the headline numbers of firms, staff, and businesses to increase significantly as the dust settles on Brexit, temporary arrangements agreed between the EU and UK expire, and local regulators require firms to increase the substance of their local operations.”

Wright added that the scale of Brexit-related relocations is such that “we are close to the point at which firms in the UK have sufficient access to EU customers and markets through local subsidiaries that the future value of equivalence or any other deal is relatively limited”.