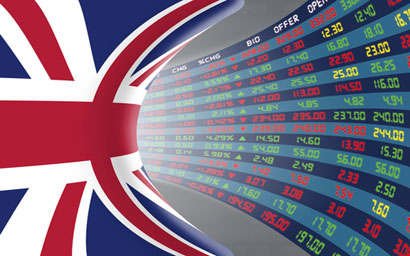 The Bank of England (BoE) has extended its quantitative easing measures at a much higher level than anticipated, highlighting concerns about the welfare of the UK’s economy as the country enters a second lockdown.

On Thursday morning, the Bank announced it would extend its gilt asset purchases by £150 billion (€165.9 billion), bringing the total to £875 billion.

Extending the stimulus package came as a surprise to analysts, with many forecasting that further measures would be around £100 billion.

As the economic fallout of Covid-19 lockdowns continues to make itself known, BoE’s announcement is a cause for concern.

The Bank reported a “softening” of consumer conditions and warned that growth in the fourth quarter would likely contract, possibly by 2.5%.

He called the stimulus - £50 billion more than was forecast - a “bold move” that shows the Bank’s concern over the financial state of the country.

At Axa Investment Managers, head of macro research, David Page, predicts that the second lockdown could deal a heavier blow to the UK economy than the Bank has forecast.

“While material uncertainty surrounds the impact of the latest round of lockdown, we consider the likelihood of a somewhat sharper drop in Q4,” he said.

He added that Thursday’s new monetary policy actions will be “sufficient to restore the UK inflation profile to target over the target horizon”.

Ongoing economic uncertainty, however, could mean that more stimulus packages are likely over the course of next year as well, Page said.

“The Bank of England appears to think that Halloween is likely to drag on for the rest of the quarter for the UK,” he said.

Another month of lockdown is set to weigh heavily on the UK economy, while concerns are in the air that restrictions could extend up until Christmas, the portfolio manager highlighted.

“Furthermore, the ghost of Brexit past looms at year end, when an economic shock awaits, even if there is a basic trade deal agreed. The situation is not helped by the lack of clarity for businesses and employees coming from political leaders,” he said.