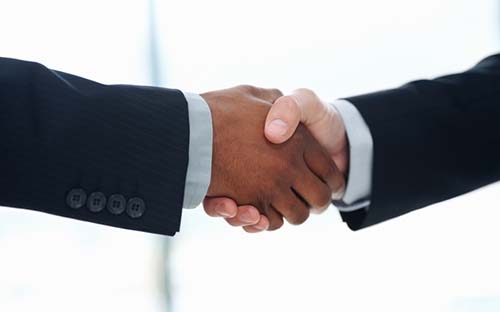 Two of the world’s largest fund managers have been accused of undermining their public statements in support of racial justice by allegedly voting against shareholder efforts for racial equity.

A report produced the US-based Service Employees International Union (SEIU) and Majority Action states that both BlackRock and Vanguard voted for boards with no black directors and voted against shareholder efforts for racial equity.

The report - ‘Equity in the Boardroom: How Asset Manager Voting Shaped Corporate Action on Racial Justice in 2020’ - reviewed 25 shareholder proposals related to racial justice issues and found that BlackRock supported only four and Vanguard only five.

And of the 178 S&P 500 companies that had no black directors at the time of their 2020 annual general meeting, Vanguard and BlackRock voted to support the entire board at 166 and 163 companies, respectively.

Furthermore, the report also states that in 2020 BlackRock and Vanguard voted against every one of 48 resolutions to improve corporate policy influence disclosures that received more than 20% shareholder support across the S&P 500. At least 19 of these would have received majority support had BlackRock and Vanguard voted in favour, states the report.

PROXY VOTING: Where to mark your X

The report’s authors call on large asset managers to undertake racial equity auditing of its stewardship and proxy voting policies and practices so as to ensure that its commitments have the specificity, metrics, and breadth needed to hold boards accountable.

“The world’s largest asset managers should be using their outsized holdings to hold corporations accountable for their role in addressing systemic racism, but in 2020, BlackRock and Vanguard instead shielded boards from taking responsibility,” said Eli Kasargod-Staub, executive director of Majority Action, which is a non-profit corporate governance advocacy group.

The findings of the report were also highlighted by CalPERS, the largest pension fund in the US. “Institutional investors should carefully review the information that Majority Action and SEIU present in this report,” said Theresa Taylor, chair of the investment committee of the CalPERS board of administration.

“I expect that plan participants will want to examine how funds are reviewing the proxy voting records of their asset managers. Racism is a systemic risk that should be evaluated like any other.”

A BlackRock spokesperson told Funds Europe: “During the 2019-2020 proxy season, we opposed the re-election of more than 1,500 directors globally on diversity-related concerns. Notably, nearly 41% of companies in the Russell 3000 where we voted against directors for diversity reasons in 2019 improved their board diversity in 2020.

“Looking ahead, we are raising our expectations, in the context of regional norms, on board and workforce diversity, equity, and inclusion.  As we signalled in our recent policy update, our most frequent course of action when we see insufficient progress will continue to be holding directors accountable by voting against their re-election. We also see voting on shareholder proposals playing an increasingly important role in our stewardship efforts.”

BlackRock issued its 2021 Stewardship Expectations earlier this month which states that the company “will support proposals on social topics where we believe there is a material risk to the company that has not yet been addressed or disclosed.

“But we observe that, while many environmentally-focused shareholder proposals increasingly address material business risk, proposals on social issues are not always as targeted. Further, some request disclosures that the company is already substantively providing.”

Funds Europe also contacted Vanguard, which issued the following statement: “Vanguard’s Investment Stewardship team has focused on diversity and social issues in our engagements with portfolio companies over the past several years, as we feel both can have long-term effects on shareholder value.

“We recently published our perspectives on boardroom and workforce diversity, which provides additional insight into how we’re approaching this important matter with portfolio companies. Additionally, I’d like to add that proxy voting, while important, does not reflect the full extent of our actions with companies on the material risks associated with social and diversity issues.

“We expect to continue to increase our engagements with companies, and our expectations of how companies oversee and make progress on diversity and social issues.”

Sources close to the matter, speaking on condition of anonymity, said the resolutions and proposals covered in the report only cover a fraction of the firms’ voting actions globally, including racial equity and justice shareholder proposals that have been supported. Furthermore, proxy voting, while important, is only one aspect of their engagement on corporate diversity issues.

Also, some of the proposals that were voted down may have been where a company was already or had pledged to take action.