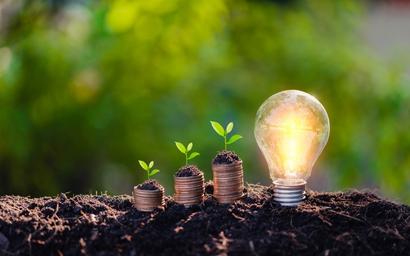 BlackRock has pledged to put sustainability at the heart of its investment process following a number of reports claiming that the fund giant and other firms have so far been lagging in the field.

In an open letter to clients from the firm’s global executive committee, the asset manager outlined its future strategy, saying it believed sustainability should be its “new standard” for investing.

BlackRock also published the annual letter to chief executives from Larry Fink, the CEO of BlackRock, which highlighted how sustainability, and most significantly climate change, is “reshaping finance and investing”.

According to BlackRock, clients have increasingly been focusing on sustainability in their portfolios.

“This shift has been driven by an increased understanding of how sustainability related factors can affect economic growth, asset values, and financial markets as a whole,” it said in the open letter.

It highlighted that the most significant of these factors relates to climate change. In his own letter, Fink said the investment risks presented by climate change were set to accelerate a significant reallocation of capital. This, in turn, will have a “profound” effect on the pricing of risk and assets worldwide.

Last November, BlackRock launched what it claimed to be the first European environmental, social and governance (ESG) high yield bonds exchange-traded funds (ETFs). It now plans to double its ESG ETF offerings to 150 and include sustainable versions of flagship index products in order to give clients more choice, according to the letter.

The American firm also said it plans to increase its focus on sustainability in its stewardship activities by aligning its priorities to UN Sustainable Development Goals, as well as regularly disclosing the companies it engages with.

“Given the groundwork we have already laid and the growing investment risks surrounding sustainability, we will be increasingly disposed to vote against management when companies have not made sufficient progress,” BlackRock said.

A report last year claimed that the world’s 15 largest asset managers – including BlackRock – with a collective $37 trillion (€33.6 trillion) in assets, are failing to drive forward the transition needed to support the Paris climate targets.

In a separate study, campaign group ShareAction called out US fund managers such as Capital Group, BlackRock and T. Rowe Price for “overwhelmingly” blocking pro-climate proposals at the firms they invest in.