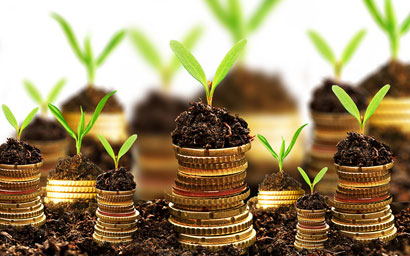 In his annual letter addressed to the CEOs of the companies the global asset manager’s clients are invested in, Fink said that a company must create value for and be valued by its full range of stakeholders to deliver long-term value for its shareholders.

“It’s been two years since I wrote that climate risk is investment risk,” said Fink. “And in that short period, we have seen a tectonic shift of capital.”

According to BlackRock, sustainable investments have now reached $4 trillion (£2.9 trillion).

Fink said more money will be poured into sustainable investing in the coming years, ranging from capital into new ventures focused on energy innovation, or transferring from traditional indexes into more customised portfolios and products.

He added that the most successful start-ups are those that will help the world decarbonise and make the energy transition affordable for all consumers.

The focus on sustainability stems from companies’ roles as capitalists and fiduciaries to clients, rather than environmentalists, said Fink.

As a result, BlackRock is asking companies to set short, medium, and long-term targets for greenhouse gas reductions.

“These targets, and the quality of plans to meet them, are critical to the long-term economic interests of your shareholders,” said Fink. “It’s also why we ask you to issue reports consistent with the Task Force on Climate-related Financial Disclosures (TCFD): because we believe these are essential tools for understanding a company’s ability to adapt for the future.”

Divesting from entire sectors or shifting carbon-intensive assets from public to private markets will not get the world to net zero, he added.

BlackRock does not pursue divestment from oil and gas companies as a policy, though some of the asset manager’s clients do choose to divest.

Fink noted that foresighted companies across a range of carbon-intensive sectors will be a critical part of decarbonisation, while companies leading the transition present a vital investment opportunity for clients and driving capitals towards these firms will be essential to achieving net zero.

In the letter, he asked governments to provide clear pathways and a consistent taxonomy for sustainability policy, regulation, and disclosure across markets.

In addition, he said they must support communities affected by the transition, use capital for emerging markets, as well as invest in innovation and technology that will decarbonise the global economy.

The letter also stated that companies should empower clients with a choice on ESG votes.

Fink said that companies should ask their asset managers to participate in the proxy voting process “more directly”.

“Our conviction at BlackRock is that companies perform better when they are deliberate about their role in society and act in the interests of their employees, customers, communities, and their shareholders,” added Fink.