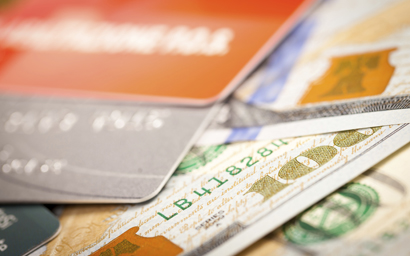 After a year dominated by the global Covid-19 pandemic, the start of 2021 brought a glimmer of hope as the vaccine rollout presented a light at the end of the tunnel, and subtle signs pointed to the start of global economic recovery. Whilst these positive signals do not indicate the worst is behind us for good, global sentiment has shifted to a much brighter outlook.

Looking back over the past year, one major silver lining emerged: renewed interest in sustainability efforts worldwide. Whilst the wheels of a greener economy transition were already in motion, the pandemic altered the lens through which we see the world: people realised that our time here on Earth should not be taken for granted. The world began to realise action is needed now if there is any chance of reversing climate change.

ESG: The greening of bond interest

One of the biggest developments towards taking action against climate change was US President Joe Biden’s election in November 2020. As one of the largest, most influential nations, the US is also one of the biggest emitters globally. Without significant action backed by a sustainably minded leader, the US’s contribution to climate change would be irreversible, even accounting for other nations’ positive offsets. A large part of Biden’s campaign platform showcased his proposed dedication towards a greener US economy. Now, with 100 days in office under his belt, Biden has made many positive strides towards sustainability.

The Biden administration wasted no time in progressing their agenda. Just hours after being sworn in as president, Biden reinstated the US to the Paris climate agreement, kickstarting the cavalcade of executive orders aimed at tackling the climate crisis.

More recently, Biden spearheaded the return of the US to the climate conversation by hosting the Leaders Summit on Climate where he established a target for the US to achieve a 50-52% reduction in domestic greenhouse gas emissions by 2030, nearly double to the nation’s previous target. Biden also committed to 100% carbon neutral power generation by 2035, highlighting his clear mission to position the US to lead the clean energy revolution.

Whilst there is not much public detail on how he plans to achieve these objectives, it’s likely to be pushed ahead through infrastructure bills. If this holds true, the desired outcome will be to benefit companies that are directly exposed to the expansion of this policy given the significant tailwind of government support for clean energy, energy efficiency and mitigation technologies.

Looking forward, Biden is making further headway with his climate agenda by pressuring Congress to pass a law requiring the US power grid to source 80% of its power from emissions-free sources by 2030. Given the scale and pace of the US’s commitment, and COP26 on the near horizon, we expect to see additional momentum and increased investment from central governments globally in the year ahead.

In light of these policy changes, three main subsectors will receive the biggest boost: electric vehicles (EVs), electricity infrastructure and the worker transition away from fossil fuels to renewables.

The Biden administration’s infrastructure plan outlines $174 billion (€144.7 billion) of proposed spending to boost the production of EVs in efforts to shift the market away from gas-powered cars. This money will also fund the construction of EV charging stations, as well as fund federal procurement programmes for government agencies to buy fleets of EVs and to fund research and development programmes for innovative new technologies.

President Biden also proposes $100 billion in programmes which support modernising the electric grid to make it more reliable and less susceptible to blackouts. Earlier this year, Texas was devastated by a state-wide power outage, impacting over five million people for over three days, resulting in at least 21 deaths. Biden’s plan hopes to prevent similar outages by building more transmission lines from wind and solar plants to large cities. In addition, the administration proposed a Clean Electricity Standard, a federal mandate requiring a certain percentage of electricity in the United States to be generated by zero-carbon energy sources like wind, solar and possibly nuclear power. However, this mandate is yet to be approved by Congress and prospects for success remain unlikely.

Whilst renewable energy has remained on our investment agenda for many years, this renewed focus from the US, coupled with the countdown to COP26, presents an even more attractive investment proposition. Beyond the US, central governments in other markets have shown promising signs of support for renewables which unlocks an even larger universe of investment opportunities, likely resulting in a pickup in renewable investment. In tandem, new investment will make it much easier for governments to push their renewable buildout objectives.

From a portfolio perspective, investing in renewables offers much more than a positive stamp on society. The pandemic forced many companies globally to cut dividends due to the dire economic uncertainty, yet during the same period, many operational renewable companies, such as Investment Trusts, delivered stable dividends for investors, proving market resilience and diversification benefits alike. In addition, renewable companies often pay quarterly dividends, as opposed to standard annual or semi-annual payouts, which was further propped up by stable cashflows generated throughout the year.

Separately, renewables are simply the lowest cost producer of electricity, meaning positive cash flows are expected to remain stable as companies continue to switch over to cleaner fuels. This shift will only continue as governments put increased pressure on individual firms.

In terms of the economic recovery, it’s clear that renewables are creating a new market for jobs and with government funding readily available, we will likely see an influx of new entrants accelerating innovation and the build out of the green economy. The green energy sector has successfully proved its value throughout the pandemic as it flourished during the downturn, boosted the economy through creating a wealth of new jobs, and garnered government funding worldwide. Similarly, for investors, diversified, stable income streams in an endlessly growing market represent unmatched opportunities.