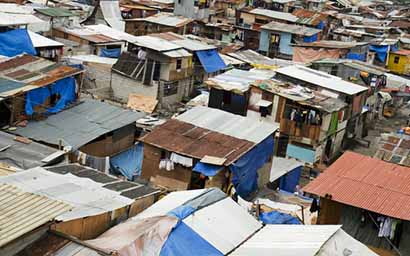 Despite pledges to tackle human rights issues, little is being done to resolve problems such as modern day slavery or the harm caused by controversial weapons, according to campaign group ShareAction.

Nearly half of asset management firms, with combined assets of over $45 trillion, do not prohibit investments in controversial weapons banned by international arms treaties, the group says.

The report found that 70% of the world’s largest asset managers do not have a policy to exclude or engage with companies in breach of international human rights frameworks.

US asset managers are among the poorest performers on human rights, with six of the world’s largest asset managers being called out for their failings. These firms include Fidelity Investments, JP Morgan Asset Management, Vanguard, BlackRock, State Street Global Advisors, and Capital Group.

Over 80% of asset managers also make no stand against purchasing sovereign bonds from countries under international sanction for human rights abuses. This undermines international  efforts by allowing investment in governments issuing these bonds, for example Libya, Yemen, and North Korea, the study argues.

Felix Nagrawala, senior analyst at ShareAction, said: “The findings of our assessment show that the world’s largest asset managers, while paying lip service to the protection of human rights, are largely failing to hold the companies in their portfolios to account for human and labour rights abuses.”

“The majority of the most influential investors not only fail to do the minimum by complying with international human and labour rights frameworks, but also actively finance activities which cause human harm and violate labour rights.”