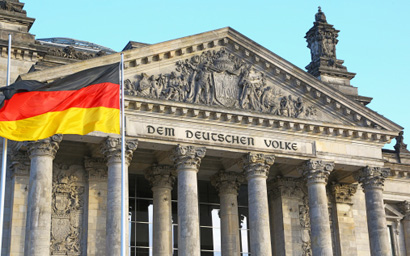 It should not be possible to block Luxembourg-domiciled funds from distribution in Germany when changes to regulation take effect in December despite a recent report stating the opposite, according to the Grand Duchy’s trade body for the assets industry.

A report published by the London-based consultancy Fitz Partners earlier this month claimed that only 10% of funds based in Luxembourg would be technically viable for distribution in Germany from next January after new performance fee rules come into force, but the Association of the Luxembourg Fund Industry (Alfi) believes this is not legal.

“A member state is not allowed to oppose access to the market – that would be something that goes against the principles of Ucits,” said Alfi’s legal and tax director Marc-André Bechet, citing the ‘Ucits directive’.

“We don’t really see how the German regulator would be in a position to block access to the market,” he said.

According to Bechet, “acceptance by other EU regulators of the extraterritorial effect of national rules would be in violation of the ‘passport principle’ and would be disruptive to the Ucits framework in general”.

He highlighted that Alfi had not read the report itself – only a press release and articles regarding the matter – yet he believes that “it would be appropriate for national regulators to wait for the outcome of discussions at the European Securities and Markets Authority (Esma) level before introducing rules for foreign funds”.

When it comes to cross-border funds regulations, there’s “not a one size fits all approach”, said Bechet.

“The principles issued by the International Organisation of Securities Commissions (Iosco) are to our knowledge the best thing to start with, until we have clarity from Esma on the principles.”

Apart from those principles, “there are no harmonised rules at international level”, he said. The Commission de Surveillance du Secteur Financier – responsible for financial regulation in Luxembourg – follows Iosco’s guidelines “until more detailed rules are adopted at EU level”.

According to Alfi, Esma is due to conduct a consultation regarding performance fees in the third quarter of this year.

German regulator BaFin’s further performance fee restrictions for Ucits funds would require “a minimum 12 months crystallisation period, a high water mark or clawback mechanism running over at least five years and set caps on the size of performance fees being charged to the fund”, according to Fitz Partners.

“The investment terms of the Luxembourg fund (including the cost clause) have to be approved by the Luxembourg supervisory authority and not by BaFin,“ a spokesperson for the German regulator.

“The fund may, however, be marketed throughout the EU, i.e. also in Germany, following approval by the Luxembourg supervisory authority. According to the Esma Annual Work Program 2019, ESMA will continue its work in ensuring supervisory convergence on the topic of performance fees.“