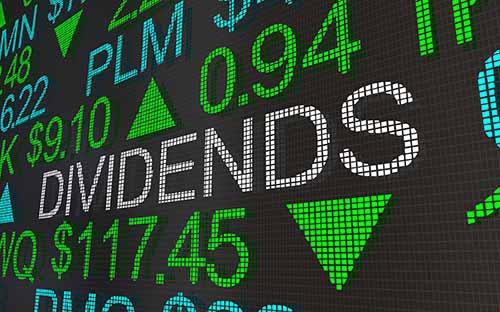 Global dividend cuts in 2020 were less severe than feared, according to an equity income fund manager who also estimates dividends could grow by 5% this year.

Once the pandemic took hold around March last year, $220 billion of global dividends were cut, with one company in every eight cancelling payouts.

But payouts in the fourth quarter were better than expected and North America even had a record year, according to Janus Henderson Investors, which produces a dividend index.

Dividends still fell 12% on the previous year, landing at $1.26 trillion of payouts.

The dividend cuts were most severe in the UK and Europe (countries that combined to account for more than half of the total reduction globally) and in Australia. But China, Hong Kong and Switzerland joined Canada to be among the best performing nations.

She added: “Although the pandemic has changed the lives of billions in previously unimaginable ways, its impact on dividends has been consistent with a conventional, if severe, recession. Sectors that depend on discretionary spending have been more severely impacted, while defensive sectors have continued to make payments.”

Banks, which usually pay the largest share of the world’s dividends, mostly entered the crisis with healthy balance sheets, which was a crucial factor, said Shoemaker.

“Bank dividends may have been restricted by regulators in some parts of the world, but the banking system has continued to function, underpinned by robust capital levels, which is vital for the smooth operation of economies.”

Janus Henderson’s best-case scenario sees 2021 dividends rising 5% on a headline basis to a total of $1.32 trillion. The worst-case could see the headline number fall 2%.