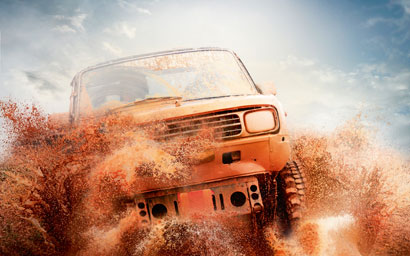 Some investors say there is little value left in bonds following a 30-year bull market. Fiona Rintoul looks at what fund managers of multi-asset bond portfolios make of this.

As central banks in the developed markets attempt to normalise monetary policy, many multi-asset managers are looking for alternatives to bonds. Multi-bond managers don’t have that option, but they might wish they did, for no sector of the market has been more affected by quantitative easing (QE) than the bond sector.

“We got used to central banks being massive buyers of government bonds, asset-backed securities and corporate bonds,” says Chris Iggo, CIO, fixed income at Axa Investment Managers. “If this has had a positive effect on bond prices, the reverse will have the opposite effect.”

Even before QE, the bull-run on bonds meant fund managers didn’t have to be that efficient to generate returns, believes Blair Reid, senior portfolio manager on the multi-asset credit team at BlueBay Asset Management.

“When I started work in 1991, there was a 10% yield on government bonds,” he says. ‘Just exposure gave you good returns. We’re at a juncture now where past performance is definitely not a guide to the future.”

So, in a more challenging world where bond prices are going down and yields are going up, where should bond investors be positioned?

Wrong guess
Because so much of what has happened in the bond markets in recent years has been dictated by central banks’ monetary policy, a lot depends on what they do now. How quickly will interest rates go up? And how swiftly will central banks try to sell the $25 trillion of financial assets they now own?

“For the last 30 years, investors were largely focused on returns,” he says. “Going forward, people will be more focused on cash flow. Investors are interested in income strategies.”

So far, given the enormity of the task that central banks face, progress towards the end goal has been slow.

“What we observe is that moves to normalisation are made in very modest increments,” says Théodore Economou, head of the multi-asset group at Lombard Odier Investment Managers.

Just the same, some managers believe the markets may have guessed the future timetable wrong.

“We don’t think the Fed will be very aggressive,” says Juan Valenzuela, investment manager in the fixed income team at Kames Capital.

“We think it will be more gradual but faster than the market expects. Therefore, we are keen on keeping the interest rate sensitivities relatively low.”

Beyond that, Kames Capital is looking for relative value opportunities.

Sandra Crowl, member of the investment committee at Carmignac, also sees a mismatch between what the Fed intends and what the market expects and the resultant opportunities.

“There will be multiple opportunities across curve maturities,” she says. “Currently the US futures market has priced in only one rate hike before June next year whereas the Fed has priced in three.”

Reducing volatility
In terms of sector allocation, it’s fair to say that developed-market government bonds aren’t flavour of the month.

“Corporate bonds will perform better, particularly financials,” says Valenzuela. “Certain sectors of the economy would benefit from an increase in interest rates.”

But some allocators to bonds warn against dismissing them too readily.

“We don’t like government bonds, but in a multi-asset portfolio, equities are inherently more volatile than bonds,” says Axa IM’s Iggo. “Having bonds decreases volatility. Even if the yield only falls by 50 basis points, a 30-year government bond rally would offset quite a bit of any equity downturn in total return performance.”

“If you look at emerging-markets equity compared with emerging market debt (EMD) going back to 2003, you typically see returns that are pretty similar, but volatility in emerging markets equity is two to three times that in EMD. The risk-adjusted returns in EMD are far superior.”

Yet because of the way fixed-income markets have changed over the past ten years in the light of unconventional monetary policy, some multi-asset managers are changing the role they ascribe to the asset class. With negative yields from some bonds and the possibility that fixed income could be unable to protect capital if yields normalise, the asset class doesn’t provide the diversification it used to, says Economou.

Lombard’s solution, like for many other fund houses, has been to build portfolios based on outcomes. So the firm is looking beyond fixed income for liquidity, to investments such as passive indices.

Safety is handled in a separate part of the portfolio, which has a long-term horizon and gives up liquidity. There is a wide range of issues in this segment of the portfolio. Where possible, bonds are held to maturity and are supplemented by less liquid fixed income, such as insurance-linked securities, and truly illiquid assets such as infrastructure.

“If you put it all together, you can achieve higher yields and much better protection of capital,” says Economou.

Route to safety
Another route to safety in the current environment is inflation-linked bonds. Iggo sees attractions in these as inflation hedges, while he favours corporate bonds for income generation. Axa IM’s strategy is to keep durations low in corporate bonds because of the risk of capital losses if interest rates go up.

“We’re not necessarily buying inflation-linked on an outright basis but on a nominal basis,” he says.

Further down the risk ladder, high-yield still offers some attractive opportunities too, in Iggo’s view. Though they are harder to find – and there are risks.

“When the cycle turns, high-yield will be the first to suffer,” he says.

This makes stock selection all-important. That’s why BlueBay has “a small army of analysts” making assessments of companies’ underlying credit risk and ascribing their own rating, says Reid.

“There will be more dispersion at the individual bond level going forward,” he adds. “The way a credit manager distinguishes themselves is that when there is a pick-up in defaults, you don’t hold them.”

Off-road
Another area that Iggo likes “more than most for income and maybe some capital gain” is emerging-markets debt. He prizes the diversification within the sector, which has a breadth of issuers and sectors to choose from.

It’s also done very well this year, though it might be pushing it to expect the asset class to maintain the 10% returns seen this year.

“There are still some high-yielding opportunities, for example in countries that got beaten up in 2015 and are now on a recovery path,” he says.

Ukraine, for example, is one country on the recovery path, having been very distressed in recent years due to the crisis that has developed between it and Russia.

Payden & Rygel is also looking to emerging market debt in its bond portfolios. “There’s still value there, especially if you look at how EMD looks compared to other options,” says Ceva, who highlights the opportunities offered by some smaller Latin American markets, such as the Dominican Republic and Honduras.

“They’ve done well because Central America has higher growth than the rest of Latin America,” he says.

“They’ve also succeeded in terms of fiscal adjustments and have benefited from lower oil prices because they are net importers.”

Payden & Rygel looks at a broad 65 countries, big and small, and applies the same analysis to them all. Based on this, Ceva also sees opportunities in next-generation African markets, including Ghana and Senegal.

When allocating to emerging market bonds, one decision that has become increasingly important is whether to invest in dollar-denominated debt or local currency debt.

One manager that has been building up exposure to local currency bonds is BlueBay. It’s a sector that has looked promising, though access can be an issue.

“It’s not embryonic, but capital controls have prevented a build-up of it being purchased by global buyers,” says Reid.

It’s one of many new areas that bond managers are exploring as they adjust to a new and fluid situation that requires flexibility above all. For normalisation may be underway, but what is normal?

“The concept of normal is quite subjective,” says Valenzuela.

“We definitely won’t be going back to the rates we used to have in developed economies.” he concludes.

“There are structural issues that won’t be solved any time soon.”