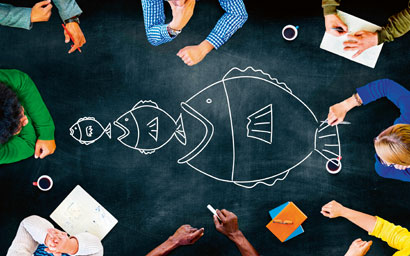 The evolution of multi-asset investing has seen the ’60-40’ balanced fund selected out. Nick Fitzpatrick looks at the history.

The rise in multi-asset funds must fascinate Harry Markowitz, the luminary American economist.

This is because the trend for multi-asset funds, whose sales have been consistently strong in recent years, is accompanied by a critical review of his seminal work on modern portfolio theory dating back to 1952.

Modern portfolio theory dealt with the optimal asset allocation for an investor when balancing risk against reward. It came to be codified in fiduciary laws such as America’s Employee Retirement Income Security Act of 1974, known as the Erisa law.

What became known as the Markovitz Portfolio Model set the blueprint for traditional ‘balanced’ funds that typically hold 60% of their assets in equities and 40% in bonds.

“In the last 40 to 50 years the generally accepted way of building portfolios was to use a mix of equities and bonds. This gave you a growth part and a safe part of the portfolio, and this approach is used worldwide,” says Theodore Economou, a former CIO of the Cern Pension Fund in Switzerland.

Economou is now multi-asset CIO at Lombard Odier Investment Management and he has also managed other pension fund assets in Europe and North America.

“The traditional model has historically been extremely successful but this model had to be questioned and it increasingly is. This is because we have a new paradigm in fixed income,” says Economou.

Economou says the fixed income market is today “unable to fulfil any of these” and that it behoves investors to rethink traditional asset allocation.

Investors are doing just that. Ankul Daga, senior investment strategist at Vanguard, says: “In 2008 people asked, ‘Why should I have equities in my portfolio?’

“Now the most frequent question I hear from clients is, ‘Why should I have bonds? They are useless, not even giving me a 1% or 2% return, and once fees are added, I’d be better off in cash!’”

For many traditional balanced fund managers, there has been only one thing to do.

They might not be able to escape the gravity of holding stocks and bonds, especially where regulations might  limit many fund products to investing in these traditional assets, but they can widen the universe of holdings by geography, issuer, and credit ratings.

Along with carrying out more frequent portfolio reviews rather than having a fixed, ‘strategic’ asset allocation, somewhere in the past few years the ‘balanced’ fund moniker was replaced by ‘multi-asset’.

Profound confusion
In the history of the academic work that underpins multi-asset investing, there is another work that stands out besides Markowitz’s.

A 1986 paper called ‘Determinants of portfolio performance’ by Gary P. Brinson, L. Randolph Hood, and Gilbert L. Beebower (the ‘BHB paper’) showed that 94% of the variation in quarterly returns by a cohort of US pension plans compared to a benchmark was down to their asset allocation.

Asset allocation did not change over the period of study (1974 to 1983) and assets were allocated between equities, bonds and cash.

Market timing and securities selection explained the rest of the ‘return variance’. In other words, stock selection was given a minor role.

The finding became widely quoted by asset managers selling asset allocation models, but the interpretation of the study – that asset allocation was responsible for 94% of the quarterly return – was criticised and some firms stood accused of failing to understand it.

The BHB paper analysed the impact of asset allocation on the ‘variance’ of returns between pension schemes and a benchmark; not on the actual return.

“The fundamental problem with the BHB analysis is its focus on explaining portfolio volatility rather than portfolio return,” wrote William W Jahnke in his ‘The asset allocation hoax’ article, published in 1997. (The hoax refers more to fund-manager marketing, not the BHB paper).

Also, Jahnke said that the impact of asset allocation was reduced over the full ten-year holding period, the 94% figure being applicable over the shorter, quarterly, time periods.

“Unfortunately, this shift in focus away from the variation in holding period returns to the variation of quarterly returns has been the source of profound confusion among those who cite the study’s findings,” Jahnke said in his article.

The main mantle
The BHB period-to-period return variance result was confirmed in later research by Roger J. Ibbotson and Paul D. Kaplan in a paper called ‘Does asset allocation policy explain 40, 90, or 100 per cent of performance?’

But they also extended their research and in it they found a lower impact from asset allocation (40%) and much more impact on returns from market timing, style, securities and costs.

Modern multi-asset has taken this up. Becoming the main mantle-wearer of so-called outcome-led investing, multi-asset funds must be more reactive to market envrionments.

Andrew Etherington, senior portfolio manager at Axa Investment Managers said: “The major rebuttal to the BHB paper was Ibbotson saying a large part of the return was down to asset allocation, but that a more significant part was from active allocation and costs.”

Etherington describes a static (or strategic) asset allocation as the beta of a portfolio, with alpha stemming from dynamic portfolio movements.

“Academics range from 40-95% in terms of what asset allocation contributes to returns. The reason for the difference is the variation of returns between a fixed asset allocation and one that has a more involved process, where fund managers make active allocation decisions due to markets being unpredictable in the short to medium term.”

To put it another way, once a strategic asset allocation is constructed, the engine isn’t left running for a decade, but regularly tweaked as risk/return factors change.

Etherington further explains this. “Alpha is the flexibility and the dynamism a multi-asset manager employs through cycles. You would today be a little more leery of equities when they have Schiller PEs at levels now where they were in 1998 and 2005.”

Outcome-led investing is basically about understanding the ambitions of asset owners and plotting a path to get there taking into account yield, return, risk, capital protection and even social impact, says Economou at Lombard.

Yield has typically been offered by fixed income, but how do you get this when Bunds are yielding 50 basis points (bps) and Gilts are at all time lows?

But protecting capital, a key element of bond investing, is trickier.

To do this Lombard has adopted a buy-and-maintain approach for a significant portion of its bond holdings. This buy-and maintain has echoes of the static, or strategic, asset allocation approach in the earlier days of balanced investing. For this reason Economou refers to it as “back to the future”.

But it is important, he says, in a world of imminently rising yields (and, therefore, falling bond prices) where a typical ten-year Swiss government bond, with less than 50 bps of yield would lose about 30% of its value if yields returned to the 4% level of 15 years ago.

“An index rebalances frequently and trades quite a bit, so in an environment of potentially rising yields any decline in the value of the underlying component of the index means you will lock in losses every time you sell. Rising yields is the risk today,” says Economou.

“So how to protect it? You go back to owning bonds and getting paid back at maturity.”

It means asset owners have to adopt a long-term horizon and have less liquid portfolios.

“There are markets and sectors today where valuations are low. You make value calls but don’t know when they will be rewarded. Investors need to have a long-term horizon and the price of that is giving up liquidity,” Economou says.

But this is not a case of Lombard abandoning dynamic asset allocation, the greatest factor of modern ‘balanced’ investing. Instead, there is a ‘liquidity pocket’ within the portfolio, too.

Economou argues “that a multi-asset strategy managed dynamically can reconcile the need for liquidity with risk control and an attractive return perspective relative to risk”.

This new paradigm is primarily down to intervention by central banks that collectively own 25% to 40% of outstanding government bond stock.

Once banks start to sell bonds as they wind down balance sheets, yields will rise and capital values will reduce.

For Ankul Daga at Vanguard, who has to answer the question about why clients should still hold bonds, he’s adamant that bonds still have a role in diversification, just as in the balanced funds of old.

Thirty years of data for a portfolio of half global equities and bonds that is reviewed every three years showed a constant balance between bond returns and their diversification charatcteristics.

In other words, balanced investing may have a different name, but it still works to combine these traditional assets if the portfolio mix reflects an investor’s risk appetite.