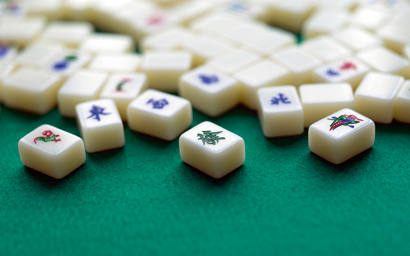 Multi-asset funds have been a popular choice for investors for some time. With recent market ructions, David Stevenson finds out how these funds are coping in difficult conditions.

It’s a torrid time for investors. The old mantra of ‘equities down, bonds up’ seems to have less and less value as these asset classes have become increasingly correlated. As a consequence, the average knowledgeable investor with a traditional balanced fund may be disappointed – or even panicking. Many feel this correlation should not be happening. But it is.

Yet just as these trends have fuelled mounting uncertainty over returns and left many perplexed as to how best reduce volatility and risk within their portfolios, the opportunity of offering reassurance to investors has been seized by a new breed of multi-asset fund managers.

These gurus for a new investment age will use derivatives, alternative investments and basically any tool at their disposal to add as much diversification to their funds as possible. And, with that, hopefully achieve greater returns.

As an asset class, multi-asset has been the phenomenon of recent times. According to figures from Lipper, in the second quarter of this year, multi-asset funds had a 26% market share by assets under management in Europe. The growth in assets within this fund sector has been exponential, with a three-year compound annual growth rate from 2012 to 2014 of 18%, greater than for both equities and bond funds.

Arguably, the enthusiasm for multi-asset funds will be further fuelled after the market disturbance that reverberated across the globe in August and September amid jitters over an end to the period of ultra-low interest rates in Western economies. This was exacerbated by the grinding of economic gears in China, the V8 engine of emerging market growth.

This toxic mix affected market sentiment and caused a sharp sell-off as investors sought safer assets. Equity markets slid and even the once-safe haven of bonds was badly impacted as yields rose. Some even referred to it as a ‘flash crash’ – harking back to the dramatic May 2010 incident when the Dow Jones Industrial Average suffered a record intra-day plunge only to bounce back later.

If the events of recent weeks were hardly comparable to the concentrated intensity of the 2010 episode, they nevertheless emphasised the increasingly unpredictable market swings that investors now face. So multi-asset funds may appeal to investors who see value in letting their fund managers deal with heightened risk through asset allocation.

At the same time, as well as being a spur for increased sales of these funds, the recent turbulence was also a test for multi-asset because coping with volatility is supposed to be one of their strengths.

So, how have managers been reacting to the drama?

“When the [2015] flash crash happened, all our risk overlays were telling us to sell – which would be the right call if we were heading off into recession or there was another big event coming up. But we thought the US economy was going to be fine,” says Colin Graham, chief investment officer of multi-asset solutions at BNP Paribas Investment Partners.

To varying degrees, others also share his optimism about the US. Paul Jackson, managing director of multi-asset research at Source, an exchange-trade fund provider, is currently overweight in US equities within a simulated portfolio that Source runs, though Jackson says he only moved to this asset class as the portfolio was at a maximum in European and Japanese equities.

While for some people, economic data from the US suggests that the country is still in good shape, markets have been left with a sense of continuing unease after the Federal Reserve finally decided amid huge speculation not to hike interest rates last month. One reason posited by the Fed’s policy-setting Open Market Committee in its statement was “recent global and financial developments” – in other words, China and other emerging markets.

THE GOOD, THE BAD AND THE UGLY
“We have no allocation in emerging markets as it’s the source of risk,” says Florence Barjou, head of multi-asset investments at Lyxor Investment Management.

However, she is not so much concerned with China than with oil-exporting emerging market countries in Latin America. The price of oil has more than halved in the space of a year, and this, coupled with the fact that many countries in the region hold large amounts of dollar-dominated debt that leave them heavily dependent on oil revenues, has scared fund managers.

“We have always thought that commodity exporters such as Latin America could be negatively impacted, so we tended to prefer Asia as a region, as it is a net commodity importer,” says Matthias Hoppe, senior vice president and portfolio manager for Franklin Templeton Solutions.

Others, such as David Hillier, multi-asset portfolio manager at Insight Investment, are sceptical about the potential of commodities as an asset class. Hillier says he has nothing invested in commodities. Nor, for that matter, does Lyxor’s Barjou.

Jackson, at Source, says he’s “suspicious of commodities” and predicts the price of oil could drop to $20. It follows that he is underweight in oil and gas, as well as basic resources. One of the main reasons for the commodities slump is a reduction in demand from China, whose Shanghai Composite Index suffered its largest daily drop since 2007 in August.

Hillier recently returned from Beijing. There, his sentiments about China were buoyed by the People’s Bank of China’s chief economist, who spoke about factors such as electricity production.

“They are trending downwards, [but] there isn’t any signal that the pace of decline is increasing. There are signs of some stabilisation, not a spike down in growth,” he says.

At Franklin Templeton, Hoppe says: “China’s economic deceleration is nothing new, markets are overreacting to the China story. It has been slowing for the last couple of years.”

If it wants to, there are plenty of tools the Chinese state can use to intervene and help the economy.

IS THERE AN ALTERNATIVE?
Fund managers can also add alternative assets to their multi-asset portfolios to aid diversification. Alternatives are an uncorrelated source of return but may lead to problems with liquidity.

Hillier has infrastructure positions, such as exposure to airline leasing companies and social infrastructure businesses. “Liquidity can be a problem but the returns are worth it,” he says.

For others, alternatives are not so attractive. “The risk with alternative strategies is liquidity. One of the temptations of the market today is to move to less and less liquid strategies, like 2006-07. I’d be cautious about that,” says Barjou.

Katherine Lynas, head of manager research at actuarial firm Punter Southall, has some misgivings about alternative assets being used in a diversified growth fund, a product that often contains alternatives but may outsource the management.

“We don’t like funds of funds, where the assets are externally managed; that’s to do with the price,” she says.

Jackson, at Source, has similar feelings about hedge funds, saying if they’re focused on equities, they’re doing what the equities market is doing and not giving anything extra.

“I prefer to focus on the underlying assets rather than have someone managing those assets in another way,” he says.

He currently favours European real estate in the alternatives sector.

Graham, at BNP Paribas Investment Partners, says that private equity and even land forestry should give diversification benefits.

So, how much does an investor need to understand about how the fund is invested?

“I think investors who look for target return don’t need to focus too much on how we’re achieving the outcome,” says Hoppe, who adds that as long as a fund fits an investor’s risk profile, they should not need to focus on ‘curve flatteners’ or how puts are used to hedge equity risk.

“I don’t think investors need to follow us every day to see how much we have invested in China,” he adds. Nonetheless, the funds offer full transparency.

Others disagree. Lynas stresses that an investor needs to understand a fund before investing in it. Barjou also thinks information is important.

“Clients are happy not to understand performance when it’s positive, but when it’s negative, they need to know where it comes from. There’s no downside surprise in terms of performance. When funds lose money and they don’t know where it’s coming from, it’s not nice for the client. The client wants to know what he is buying,” says Barjou.

Whether it’s important for investors to know exactly what holdings their fund managers have, there’s no doubt that as an asset class, multi-asset funds are growing in popularity.

Barjou says there are 60% more assets in Lyxor’s multi-asset range than a year ago; other fund managers such as Hillier report similar growth.

As Hoppe says: “It’s basically going back to what every investor should do: not put all their eggs in one basket.”

And with Standard Life’s well-known multi-asset product, the Global Absolute Return Strategies Fund, currently investing around £26 billion (€35.7 billion) in assets under management, it seems investors are heeding that advice.