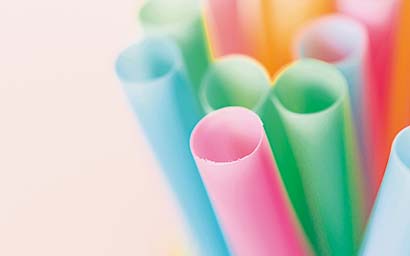 The surge of money into multi-asset funds and strategies is increasing. Tim Steele looks at which providers have benefited most and what the popularity of specific products says about investors’ preferred outcomes.

Over the past five years, investors have ploughed into multi-asset funds looking for risk diversification and the promise of investment gains combined with reduced volatility.

The latest figures from the European Fund and Asset Management Association (Efama) show that across Ucits funds, multi-asset was the only category to show positive net sales in May and June at €9.8 billion and €6.6 billion. In the year to June 30, multi-asset net sales stood at €94.1 billion, once AIF numbers are taken into account – or 40.4% of total Ucits and AIF sales over the period. In comparison, equity Ucits and AIFs, the second-highest category by net sales, stood at €90.9 billion.

An evolution of what were once known as balanced funds, multi-asset funds – also known as diversified growth funds – encompass a broad array of active investment strategies. Sitting between the growth opportunities of equity funds and the lower risk of bond funds, they allow tactical reallocation of assets in response to shifting market conditions.

To gain a more detailed insight into the growth of multi-asset funds over the past five years, Funds Europe has drilled down into a universe of 600 multistrategy funds provided by Morningstar Direct. That dataset shows net flows totalling €146.4 billion (see Table 2, below) over the five years to December 31, 2017.

In the top spot by some distance (see Table 1) is the sterling-denominated IP Global Targeted Returns Z Accumulation fund, which saw net flows over the period totalling €14.36 billion – 9.8% of total flows across the entire Morningstar Direct universe. The fund saw positive net flows every year since its launch in 2013; and 56% of that €14 billion total (€8.1 billion) was recorded during 2016 and 2017. Its Luxembourg-domiciled Sicav variant saw the second-highest level of net flows over the period at €7.86 billion.

Despite experiencing negative net flows of just over €5 billion during 2016 and 2017, Aberdeen Standard Investments’ Luxembourg-domiciled SLI Global Absolute Return Strategies D Acc recorded net flows of €7.61 billion over the period, taking third place. The fund looks to exploit market inefficiencies through active allocation to a diverse range of market positions, using a combination of traditional assets (such as equities and bonds) and investment strategies based on advanced derivative techniques, resulting in a highly diversified portfolio.

Aviva’s Multi-Strategy Target Return Fund 3 GBP Acc takes the fifth spot, with net flows over five years totalling €6.56 billion – a notable placing given the fund was launched only four years ago, while 13 funds within this top 20 (including the other top-five ranked funds) have been in existence for five years or more. The fund aims to provide positive average annual returns of 5% above the Bank of England base rate before charges.

Fourth on the list is another total return strategy, Luxembourg-domiciled DWS Concept Kaldemorgen FC, with total net flows of €6.89 billion. Among the 20 funds recording the highest net flows, it is the second-strongest performer over three and five years, with annualised returns of 2.77% and 5.02% respectively.

The best performer within this top 20, however, is JP Morgan Asset Management’s JPM Global Macro Opportunities A fund. While it only placed seventh with €4.58 billion, having seen negative net flows during 2017 of €1.68 billion, it has notched up annualised returns of 6.61%, 2.93% and 10.02% over five, three and one years respectively.

Significant swings
Given that 2017 by common consensus saw markets at their calmest for over five decades, increased volatility was seen as inevitable in 2018. In the event, tightening monetary policy and geopolitical risks contributed to a notable surge in volatility in the first quarter of 2018, with significant swings – particularly in US equity markets – prompting industry observers to recall the 2008-09 financial crisis. So how did the popular multi-asset funds weather the storm?

At Invesco Perpetual, head of multi-asset David Millar concedes that “in hindsight we were probably a little too cautious” over the second half of 2017. However, he continues, this approach proved effective when volatility did return to the market and over the course of a few days at the end of January 2018, global equity markets dropped by more than 8%.

“The fund saw a gross decline of 1.40% over the same period, demonstrating the value of having a diversified portfolio,” says Millar. “The defensive nature of our fund could also be seen in the improved hit rate: the quarterly hit rate of the fund’s ideas returned to the 50% range over the first two quarters of 2018, which is where we need to be to keep in line with our return targets.”

A spokesperson for Aberdeen Standard Investments confirmed that over the past six months a variety of strategy-specific issues had negatively impacted performance. “We have examined the investment cases of the strategies concerned and made changes where appropriate,” the spokesperson added.

A spokesperson for DWS Concept Kaldemorgen said the fund “has proven its flexibility again this year”. It started January with a more defensive orientation; the underlying US equity exposure was fully hedged via futures against general market risks. However, the physical US stocks remained in the fund and were not sold, “contributing positively to performance via selection effect”.

When the anticipated correction took place in late January, the fund’s net equity exposure was gradually increased. At the low point of the correction, the fund had a net equity exposure of more than 40%, 13 percentage points higher than at the beginning of the year. The Total Return Unconstrained team also chose to close hedges in North America, increasing the exposure again to 8%.

The fund’s technology sector weighting was steadily increased to stand at 10.3% by the end of July. Supported by stronger growth in the US relative to Europe, and the prevailing interest rate differential between the two regions, the US dollar began to appreciate against the euro. “By the time a stronger US dollar kicked in, the Kaldemorgen team had already increased the US dollar weighting – from 17% to over 23% – and this enabled the fund to fully benefit from the appreciation of the US dollar,” said the spokesperson.

Risk avoidance
With an eye on the future, the fund has reduced risky positions during September; equity exposure has also been reduced relative to levels during the larger part of 2018, and now stand at 38% gross and 34% net. US government bond positions were also reduced during September, as was its US dollar position, which is down three percentage points to just under 22%. In addition to having a high weighting in technology stocks – amounting to 10% of the total portfolio – DWS Concept Kaldemorgen has also bought Turkish government bonds with yields in excess of 9%, and these now make up 3% of its portfolio. 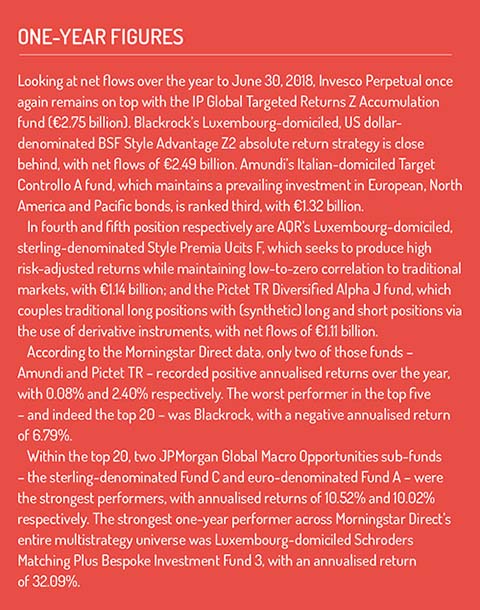 With valuation levels in many asset classes “appearing full”, Aberdeen Standard Investments expects the ability to capitalise on declines in assets prices to prove highly beneficial going forward. “We have identified numerous attractive relative value strategies,” the spokesperson said. Furthermore, as the safety net of QE is withdrawn, the risk of markets being destabilised by a wide range of possible risk events increases, they add. “This means diversification in portfolios is likely to be more important than it has been in the recent past [and] GARS is, of course, a very highly diversified portfolio. “

Invesco Perpetual’s Millar stresses that his team is cognisant that its fund has dual targets: return and volatility. “We continue to believe that our philosophy and process provide a robust framework for achieving these targets over the long term,” he says. “The market has been experiencing a low level of volatility compared to historical levels. Therefore, volatility is not an issue that investors tend to focus on right now.”

Keeping volatility below half that of global equities over rolling three-year periods is equally important, Millar adds. “This not only evidences the diversification within our portfolio but also gives us added confidence that the portfolio should stand up better in times of market stress,” he says.

“Going forward, we will continue to look for good long-term investment ideas from a range of sources in order to position our portfolio in a way that would allow us to deliver positive returns, whilst also limiting downside risk with the overall aim of preserving investor capital.”