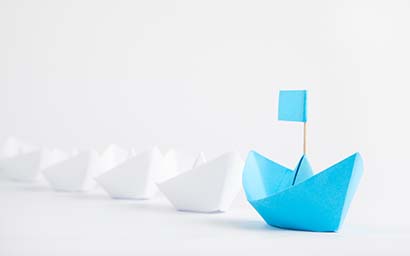 He became head of the IAIM, an Irish asset management body, more than a year ago. Now, after a period of silence, Michael D’Arcy plans to be heard in Brussels and beyond, writes Angela Madden.

There is a new leader at the Irish Association of Investment Managers (IAIM) – or rather, one who has been in post for well over a year, but who is now planning to be heard far and wide.

Michael D’Arcy (pictured below), the chief executive of the IAIM, has a background in the Irish government, including as Minister of State at the Department of Finance and helping to shape legislation for the investment management sector. In fact, D’Arcy played a leading role in bringing the long-awaited Irish Limited Partnership (ILP) legislation to fruition – a significant move to bolster Ireland’s private assets funds industry.

The ILP regime in Ireland was updated in 2021 to attract increased private capital. Asset managers availing the rules can gain benefits including tax treaties negotiated with various third countries. The ILP also offers support for the country’s US asset manager clients eyeing a European market of 600 million people. 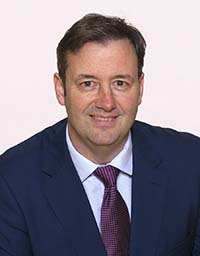 D’Arcy is now on a mission to bolster Ireland’s contribution to thought leadership in the global investment funds industry.

Describing himself as a generalist, he says he did “a lot of learning” during the pandemic, admitting that “it was a difficult time” to take up the reins at the IAIM. Face-to-face meetings were not possible but, like people everywhere, “needs must and you just have to get on with the work”.

“Doubling our membership was my target and we are well on the way there, having attracted nine new members during lockdown. It has been quite an achievement to increase the association’s AuM by €700 billion from $1.6 trillion to €2.3 trillion in nine months,” says D’Arcy.

In tandem with Ireland’s well-documented growth for the middle and back-office servicing of internationally distributed investment funds, front-office activities have also expanded. In the past five years alone, assets managed from Ireland have grown by 58%, according to the association. This is in part fuelled by Irish-based managers winning new mandates, and in part a consequence of the expanding presence of leading international firms in Ireland such as Amundi, BlackRock, State Street and Mediolanum. In the wake of Brexit, investment managers have also increasingly been gravitating to Ireland to access the EU.

“Refurbishing” the IAIM
The timing, therefore, may be right for the IAIM to occupy more of the centre stage. D’Arcy says there is now a “refurbishment” that is breathing new life into the association. The refurbishment is now being concluded, he tells Funds Europe, and it is resulting in a once-local organisation broadening its horizons.

“According to figures from the Central Bank of Ireland, total assets in Irish pension funds invested on behalf of Irish citizens stands at €135.5 billion, but Irish-domiciled managed funds total €4 trillion. This shows that the vast amount of money being managed by our members is on behalf of investors worldwide,” D’Arcy says.

Therefore, he has a whole new take on what the role of the IAIM will be. He wants it to be a leading voice in shaping European policy for the benefit of investors worldwide.

D’Arcy believes a key responsibility of the association is to highlight the benefits of the industry to both the Irish taxpayer and to investors across the globe. In 2022, he wants to start building a strong understanding of what his members do and connect their work more directly with the public, so that people realise the important role investment managers play in their lives, managing their pensions and savings, and doing so responsibly.

“The sector is portrayed as being only for the elite and the rich, but this is not at all the case. In fact, it is mainly working for pension holders. Investment managers manage this money exceptionally well and very conservatively depending on client risk. That message that they are doing a good job managing money, and managing ordinary people’s money, is not really out there. I see it as imperative to get it out there.”

“However, the structures governments have set in place help identify that wrongdoing very early on, and if you consider the trillions of dollars traded and the billions traded every single day, the sector is doing a good job. This message is not out there.”

D’Arcy adds that it is more important than ever to bridge this gap in understanding at a time when pension scheme auto-enrolment is being introduced in Ireland.

In total, asset managers now account for 3,604 full-time employees, which is 20.9% of the total funds industry population including service providers in Ireland, according to an Indecon report published at the end of 2021.

Sustainable investing is another key area that D’Arcy has identified for the association’s activities and for thought leadership stemming from the jurisdiction. The organisation recently set up an ESG committee to determine what priorities the IAIM should focus on in this area. He wants the association to help create an internationally renowned centre of excellence in Ireland for sustainable investment with an emphasis on decarbonising the economy, promoting investment into clean/green infrastructure, and promoting good ESG behaviour of investee companies within portfolios.

“It will cost the world $90 trillion to decarbonise and that presents a huge opportunity,” he says.

Increasing international impact
In its efforts to amplify its impact and voice, D’Arcy has signed a memorandum of understanding with UK counterpart The Investment Association (IA). The arrangement aims to create a “deeper and more effective partnership between the IA and IAIM in the interests of members and the wider industry”, a statement at the time of the announcement said.

The IA and the IAIM also plan to “strengthen interactions at the international level”, including cooperation on initiatives that aim to enhance the reputation and profile of the industry, such as diversity and inclusion.

D’Arcy is pro-diversity and says he wants to see more of it. He says this is on all levels, such as race and religion, but he also emphasises neurodiversity. “I think it is vital to have people with different thought processes and ideas, not just views from people who have a similar demographic in terms of sector experience and colleges attended. There is not a lot of diversity there.”

Chris Cummings, chief executive of the IA, said at the time that the partnership would bring greater collaboration, the sharing of intelligence, and the bolstering of efforts at an international level. He said that together the organisations would be able to champion several policy objectives, including facilitating cross-border activity and the free flow of capital, promoting responsible and sustainable investing practices, and supporting international regulatory coherence.

“We hope to expand these partnerships over time to allow even greater collaboration with global partners,” Cummings said.

D’Arcy added that he saw the partnership as a way of delivering a more holistic and seamless bridge to the EU via Ireland’s strong and robust regulatory jurisdiction.

“Together with the Investment Association, we look forward to working on many initiatives for the mutual benefit of our members and the provision of a stable asset management offering to European investors,” he said.

The European Securities and Markets Authority (Esma) has brought a greater focus on delegation in recent years, prompted in part by Brexit. Esma has recommended legislative reviews of delegation under the key EU directives covering investment.

In Ireland – as well as in the other main area of cross-border fund services, Luxembourg – tougher ‘substance’ rules that should rule out ‘letterbox’ entities in Ireland came in the form of CP86, highlighted by the Central Bank of Ireland’s ‘Dear Chair’ letter of October 2020. This called on fund management companies to critically assess their operations.

D’Arcy said that it was important that policymakers understood that some jurisdictions may have their own insular reasons to push for change, reasons that were not in the best interests of investors everywhere. He believes that if the current delegation model is undone, it will be investors who lose out by facing additional costs and a lack of access to best-performing thematic funds and specialist expertise that is available in different jurisdictions.

“Our research shows that the delegated model is being responsibly implemented by the sector and is working well for investors,” said D’Arcy.

Delegation – or rather the threat of revisions to existing rules on delegation – has been one of the most controversial topics in the funds industry in recent years.

That threat may have lessened slightly. But if policymakers could still undo it, then D’Arcy is ready to enter the fray after spending 12 months keeping quiet.