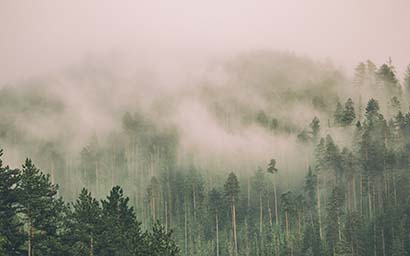 Moves in Europe to allow pension fund managers to invest in forests can be a positive step if the temptation to treat trees as just another crop is avoided, experts say.

In North America, pension funds have long invested in forests. Their counterparts in Sweden are allowed to do so too, but the idea has yet to take root in the rest of Europe. There are signs that this may be changing, however.

Denmark’s government in March expressed support for the idea that pension funds should be allowed to own and operate forests. Danish authorities must now ensure that this is possible within EU rules, and there is optimism that the plan can provide a workable model.

“Managing forests needs skill and long-term vision,” says Bernd Bröker, former CEO of UniCredit Bank Ireland in Dublin. “The timeframe which pension funds are dealing with would certainly put them into a category where interests with forest preservation and sound management would be aligned.”

There is no conflict between conservation and pension fund objectives, says Bröker, himself the owner of a small forest. He says other good candidates for forest stewardship are governments who operate national parks, or charities such as the European Nature Trust.

Modern managed forests tend to exhibit “monoculture”, where the same kind of tree is planted over and over again because it’s quicker and cheaper, he says. “That’s not what a forest is. A forest is biodiverse. Relying on monoculture is not sustainable.”

Strict terms of engagement for pension funds are needed from the outset, but if these are designed well, a good model is possible, he adds. If a fund is in overall charge of a forest, that could prevent a situation in which the risk of deforestation switches from a protected zone to a less protected zone.

Pension funds “could play a leading role in creating more sustainable forests,” says Nollen, who is also a board member and investor of Flash Forest. This Canadian company rebuilds forests that have burned down in forest fires caused by climate change.

Wood for the trees
The World Bank argues that forest management can provide ESG benefits and favourable risk-adjusted returns. But the bank also notes there is a dearth of information on investment performance, at least outside the US.

Pension funds get diversification, while forestry can also provide a hedge against inflation, which is now more visible as a threat than it has been for decades.

At Forest Investment Associates, a firm in Atlanta, Georgia, that provides woodland management services to institutional investors, director Daniel Pierce says forests are often sought as an investment for their ability to provide a low-volatility, long-term total return with a “steady cash yield from annual timber harvests”. That makes forestry a good match for pension funds with long-dated liabilities.

Pension funds in the US have been investing in forests since the early 1980s when changes in regulations required them to diversify away from stocks and bonds. Continued global demand for sustainable wood products will support higher timber prices, which should in turn continue to deliver attractive risk-adjusted returns, Pierce says.

Plantation forests – as opposed to natural forests - are usually, but not always, monocultures, according to the World Bank. Natural forest management usually means lower growth rates, the bank says.

Working forests, Pierce says, produce a “virtuous cycle” of wood products at harvest with “almost immediate reforestation”. But Nollen of Circular Investment suggests there is a danger that pension funds might see forests as simply a timber crop.

Pierce sees no conflict between conservation objectives and the needs of pension funds to secure returns. Actively managed plantation forests can generate between five and seven times the amount of wood per unit area when compared with natural forests, he says. With wood use expected to continue rising alongside the global population and GDP, sustainable intensification of plantations is vital, he says.

It’s important to consider the overall impact of plantations, Pierce adds. Concentration of production means an opportunity to ensure “more conservation in other areas of the landscape that might have higher ecosystem values than those where production forestry is focused”, he says.

Pension funds and others assessing the forestry sector should look to obtain third-party certification for their forests and ensure ESG risk management for climate- and nature-related issues, Pierce adds.

Carbon credits
According to a World Bank report called ‘Pension Fund Investment in Forestry’, wider involvement by pension plans in forestry investments is needed globally. The bank sees potential growth in the carbon credit market as a key spin-off.

Pension plans could provide capital to reduce CO2 through forestry investments while achieving acceptable risk-adjusted returns. Selling carbon credits can provide a returns stream which may not be correlated with timber returns, the bank says.

Deforestation accounts for about 10% of carbon emissions. Some question how much carbon markets are really doing to protect forests.

That leads to “a fragmented market with a high degree of ambiguity, which makes it difficult for companies to prove the quality and credibility of these credits”.

The lack of governance and regulation of the market also poses the risk that some carbon credit projects may not be sufficiently robust, Fenyves says. Some projects may be inadvertently causing the displacement of local communities by relocating them for reforestation programmes. And companies might be practicing greenwashing by focusing on offsetting rather than reducing emissions using low-quality or ambiguous credits.

Fenyves argues that companies need to act more transparently as well as take more responsibility to verify those projects that are backing credits. At the systemic level, initiatives such as the Voluntary Carbon Markets Integrity Initiative, a global task force set up to monitor carbon markets, may foster greater consistency and regulation, she adds. Still, “domestic action for emission reduction is what should be the first priority in the next couple of years. No market compensation will be enough to solve the climate crisis.”

Emerging markets
The question of forest ownership is less controversial in temperate climates, such as Denmark, than it is in emerging markets.

Charlotte Opal, executive director at the Forest Conservation Fund (FCF) – a non-profit based in Neuchatel, Switzerland, which protects forests in Asia and Latin America – says it is possible to manage log extraction in a way that is commercial and responsible. Still, she agrees that replanting does not fully compensate in terms of biodiversity.

Meanwhile, the United Nations REDD+ framework, set up to reduce emissions caused by forest degradation, has not really done much to protect forests, she says.

A network of local NGOs recommends projects to the FCF, which pays for forest community patrols and education. Companies need to choose their programmes carefully to avoid double-protecting the same piece of forest, Opal says. Likewise, communities have to report if they get other funding to protect the same forest. Companies need to be encouraged to become “forest-positive” through making a net overall contribution to forests, rather than just “deforestation-free”, she says. “The idea of forest-positive is gaining traction.”

Governments, research agencies and universities all have a role in providing basic information on suitable species, management regimes and growth rates, the bank says, adding that direct planting subsidies from governments and development organisations can help to kickstart the sector.

Nollen argues that those who live in the forests are the best guardians. He previously worked in forest conservation in Cambodia and is alarmed by a 28% loss in tree cover in the country between 2001 and 2020. “Indigenous people tend to manage forests better than outsiders,” because they see it as a resource to be protected rather than a source for extraction, he says.

“Commercial managers will go for the highest returns. Pension funds need to be held to a higher standard.”