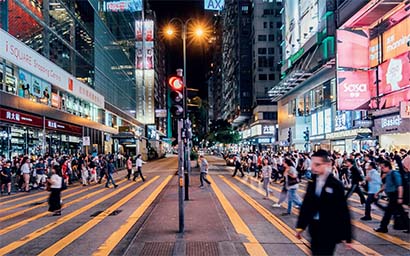 Despite the intellectual capital afforded to an asset manager owned by one of the world’s biggest banks, HSBC Asset Management is steering clear of cryptocurrencies for the moment, the firm’s chief executive tells Funds Europe.

Nicolas Moreau, the CEO since September 2019, says he’s “sceptical” of bitcoin, partly because of its associations with illegal activity – but more so on environmental grounds. “I do not think bitcoin is scalable without damaging the planet because it consumes so much energy,” he says. 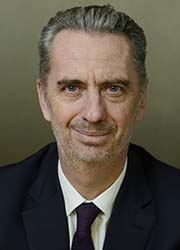 Moreau’s argument is notable for being predicated on bitcoin’s environmental impact rather than for the more standard technical reasons, such as crypto use-cases, or economic viability. However, the green-tinged objection should not be surprising – not at a time when, for the past two years at least, HSBC AM and many other asset managers have fully bought into ESG investing.

The firm, which had US$612 billion (€507 billion) of assets under management (AuM) at December 2020, gained further ESG credentials when, in January, the pension fund of Aegon UK appointed HSBC AM for an ESG mandate potentially worth £1.7 billion (€2 billion). Aegon UK’s in-house default pension funds committed to investing in the HSBC Developed World Sustainable Equity Index fund with a six-month target of reaching 30% of ESG exposure for members’ assets in the growth stage of Aegon’s default funds.

Moreau says he spends a lot of time on the sustainability topic and that HSBC AM supports a number of industry and sustainability initiatives, including the One Planet Summit led by France’s President Emmanuel Macron.

“Everyone is pushing the climate change topic, whether governments, NGOs, asset managers or asset owners,” he says. But he adds that “not everyone is aligned”.

He’s speaking in reference to one element of the so-called “just transition” towards the zero-carbon economy, the act of “helping poorer countries to change”.

“Some people in the world still rely on polluting energy sources for their lives, such as those in developing countries, and so we need to help them be able to phase it out themselves.” The fund that attracted Aegon’s default pension scheme uses an index that excludes certain companies such as the tobacco sector, but does include other stocks less desirable for ESG investment. This is done, says Moreau, as a means of helping these companies transition to becoming more sustainable.

He points out that HSBC, the bank, has committed to phasing out coal and to set sector-level targets for other sectors including oil and gas. The coal phase-out begins in OECD and EU markets and gives more time to those in developing economies.

Moral responsibility?
On ESG more broadly, Moreau says: “I think it’s quite impressive to see the dynamism and energy put behind this topic right now,” and highlights preparations for the 2021 United Nations Climate Change Conference, or COP26, taking place over 12 days in Glasgow in November. “I’ve never seen this level of activity around one theme.”

As CEO of a global asset manager, does he feel a moral responsibility for combating climate change, in the interests of future generations?

“Definitely,” he says, “given we as investors have the ability to influence companies.”

Moreau says alternative investments are a particularly effective way to make an impact. He highlights the importance of private capital in the green transition, saying this is the area of business he’d spend most money on if given an unlimited budget.

“I’m looking at projects where we’d be financing green infrastructure through venture capital. It’s very exciting and why I spend a lot of time on this.

“It’s like all the stars have aligned on this and we are investing heavily in financing the green transition through alternatives, because not only is this where you can have a very big impact, but also where you could see the biggest profit.”

As HSBC AM gears up for the rise in alternatives more generally, it has made a number of staff appointments this year in client relations and infrastructure debt.

Last year, HSBC AM closed its HSBC Vision Private Equity 2020 Fund with $260 million of commitments. A year before, it had raised $250 million through four private equity funds.

The firm’s alternatives business has around $50 billion in AuM and has developed from what was originally a private equity fund-of-funds model that offered-best-of-breed strategies for private clients and institutions, to now offering secondary investments and co-investments in private equity and debt. There is also a mid-market loans product available in the UK.

In launching new products (whether in private or public markets), a key focus for Moreau since taking up the leadership position is to build HSBC AM’s credibility among third-party clients, he says, so that fund selectors in HSBC’s large, internal distribution capability – that of HSBC private wealth, for example – feel confident in selling their associated asset manager’s products.

Criticism of how bank distributors served private clients prior to the 2008 financial crisis by pushing internal product still resonates in the sector, at least for those old enough to remember.

“My predecessor’s strategy was more internally focused. I have been changing this by focusing on growing our external profile,” says Moreau.

“The acid test is making sure that we are successful in the external market. That’s something I’ve pushed to the teams: external recognition is important if we want to serve our internal clients well.”

He says the split in AuM is around 55% towards external clients. “We have to fight for space. It’s a recognition of the need to build brand. If we want to be credible with our own advisers, we need to be credible outside. It’s too easy for bank-owned and insurer-owned asset managers to become complacent and not competitive.”

The Aegon win was important for Moreau in this sense. “We’ve been making very strong inroads with external clients, and the Aegon UK partnership is a great example,” he says. “We have also built market share in ETFs and have penetrated most private bank channels globally.”

Asia move
Moreau notes that since becoming CEO in September 2019, he’s spent just six months working in HSBC AM’s London office and a year working at home due to Covid-19. Since this interview took place, it was announced that Moreau would relocate to Hong Kong in the second half of the year, along with Matos. The firm said the move reflected the importance of Asia-Pacific to HSBC Asset Management’s strategy and growth plans, and “supports the HSBC Group’s ambitions to be the leading wealth manager in the region”.

In the official announcement, Moreau said: “We are seeing fundamental changes across the investment landscape, underpinned by the transition to sustainable investing and the shift of wealth from developed markets to emerging Asia. With our global network, strong Asian expertise and commitment to sustainable investing, we are uniquely positioned to connect our clients to new opportunities and meet their changing investment needs.”

This move almost dovetails with one other major initiative that Moreau has introduced since his tenure began: the widening of the asset manager’s investment approach so that it extends beyond value investing. He acknowledges that limiting equity selection to value shares hindered HSBC AM’s attempts to join the Asian growth story.

“We had one valuation model for the whole firm and it had a value tilt. My view is asset managers should not have a single style, especially for retail clients. For example, growth or momentum have been strong in recent years. Focusing just on value also prevented us from recruiting outside teams and in some instances, portfolio managers would buy stocks they were not comfortable with.”

Since moving to a multi-style approach, Moreau says performance has improved. He highlights China and broader Asia equity performance. He says recruitment and product development has been freed up and a sign of this was the hiring of a healthcare team.

Circling back to ESG investing, he points out that clean tech funds have more of a growth tilt.

HSBC’s portfolio managers should have little discomfort buying those.