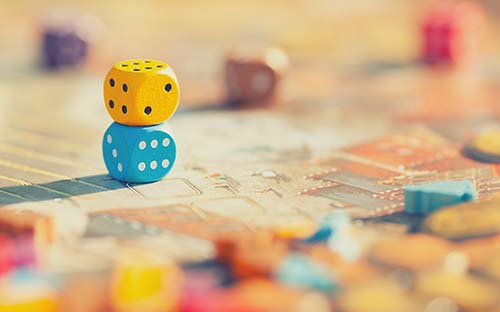 Since the global financial crisis of 2008, the use of private credit as an alternative to bank loans has grown exponentially. But what, asks Mark Latham, will be the sector’s prospects post-Covid?

Tom Carr, head of private debt at data provider Preqin, believes that the private debt sector has, over the last decade, usefully filled a funding gap where increased regulation and decreasing market liquidity had led to the traditional lending sources for middle and lower middle market companies drying up.

Whereas larger companies can access other less expensive funding solutions, such as the issuance of high-yield bonds, small to medium sized firms are attracted to the flexibility of private debt solutions and the ability to complete transactions speedily.

“Broadly the sector has done very well and returned pretty solidly,” says Carr, with returns in the high single digits up to the mid-teens – significantly higher than bond returns, for example.

“Even during not so gentle times private debt has done pretty well and everyone has been quite fond of it,” he says.

Over the past three or four years, though, the market has become more competitive.

“When the market turns we will see how many have taken unnecessary risk: were firms adequately protected on the downside and did they have strong covenants in place to protect them?” he says. “We will find out fairly soon if that was the case or not.”

As the Covid-19 crisis deepens, the main risk now facing the sector, which has disproportionally lent large sums to small and medium sized companies, is default risk and bankruptcies

While fund raising and deal making is already down and likely to remain so for the rest of the year, Carr is hopeful that the private debt sector will weather the expected market volatility relatively well.

“This is an unprecedented event, but one of the advantages of private debt is its liquidity and flexibility in these sorts of times.

“As more liquid credit markets dry up, private debt is going to be potentially in an advantageous position.”

But, he adds, “the private debt sector still needs to prove itself: to show it can work, not just when the times are good.”

Kirsten Bode, co-head of European private debt fund at Muzinich & Co, says that the direct lending market in Europe has in recent years been catching up with the more developed market in the US.

"We now see Europe following in those footsteps with a ten-year delay,” she says. “This has led to a growing and credible asset class and to a systemic change that is here to stay.”

As an example of many European jurisdictions’ direction of travel, Germany used to require providers of corporate loans to have banking licences, a requirement that has been jettisoned as part of the move towards encouraging non-bank lending and stimulating Europe’s capital markets.

The direct lending sector has been further boosted, Bode says, by shrinking yields in liquid markets leading investors to put greater proportions of their portfolios away from government and corporate bonds.

In recent years the direct lending market has evolved, with leverage levels creeping up and contractual terms weakening – a phenomenon described in the industry as covenant-lite.

The big question confronting the sector now, says Bode, is whether economies will bounce back quickly from the coronavirus crisis following a V-shaped recovery or whether a return to normality will take longer. “Will this be a short dip where we can go back to where we stopped two months ago or is this the beginning of a more significant crisis, where we go back to post-2009 levels of lower leverage and more conservative terms?” she asks.

The New York-based firm, which has offices throughout Europe, targets the lower middle market in particular.

“We have bilateral relationships with firms and structure loans according to their needs in a more flexible way than a bank can do,” says Bode.

In recent years, demand for private credit had also been fuelled by low yields on public assets and bonds. “Given compression following many years of quantitative easing, in the hunt for yield our investors continue to quite like what we are providing,” he says.

Fowler cites two key features of the private credit market that appeal to investors: the fact that it provides broad diversification compared with investing in public markets; and the way investors are better protected by financial covenants and stronger documentation than is generally available for a public bond.

The covenants which are typically written into private market loans and tested as often as every quarter mean that investors see potential problems flagged in advance, Fowler says.

Since the Covid lockdown, deal-making in the private debt space has, says Fowler, “significantly slowed”.

However, a tranche of transactions that had commenced but not completed before the crisis have continued while others have fallen away. He also notes the abundance of dry powder. “Unlike during the global financial crisis, there is still capital available to invest and ongoing demand to invest in the sector generally,” he says.

Of the various sectors within the private debt space, real estate debt has so far been the most impacted by the crisis. This is a function, particularly in the UK, of the way most commercial leases are structured whereby tenants pay quarterly in advance.

The rent quarter day that fell on March 25, just as the lockdown in the UK took hold, led some tenants in the hotel, restaurant or leisure sectors to default on rent payments.

While firms with strong balance sheets were able to pay, many commercial tenants have since moved to paying monthly rather quarterly in advance.

In the private corporate debt space, both borrowers and issuers are being impacted to a greater or lesser extent dependent on the sectors they operate in, particularly sectors that are heavily leisure or consumer-focused.

“Banks are largely not lending money on new transactions as they are very much focused on providing emergency funding to their existing customer base,” Fowler says.

The trend towards higher leverage levels and weaker documentation over the past year or two is, as a result of the crisis, likely to be reversed, he believes.

“I would expect areas such as documentation and financial covenants to be tightened up quite quickly and for pricing to widen,” he says.

How optimistic he is about the sector’s recovery?

“There are definitely opportunities out there. It really depends on the shape of the economic recovery and how some sectors can get back to some sense of normality and the major structural changes that occur as a result of all we are currently experiencing,” he says.

On the safe side
Thierry Vallière, global head of private debt at Amundi, agrees that low yields from bonds combined with rising volatility has boosted investor interest in direct lending in recent years. “One of the things that differentiates us from competitors is that we stay on the safe side of the market, investing in true senior transactions and avoiding complex high single-digit or low double-digit return transactions,” he says.

“This is linked to the fact that we are part of a larger group and clients do not expect us to get involved in such transactions.”

Like Muzinich and Aviva, Amundi has experienced a growing number of covenant-lite transactions.

In a decade, these have risen from less than a third to roughly three-quarters of transactions. During the same period, leverage levels have mushroomed, Vallière notes.

“Two or three years ago it was common to have two to three covenants in a transaction, but now a single covenant is more usual,” he says.

“For some asset managers that were really struggling to find yield, this led to a slippage in risk management and a lower quality of their documentation to increase return.”

Asked about the prospects for the private credit space in the aftermath of the Covid crisis, Jens Tonn, head of ICG Germany, is at least provisionally upbeat.

“For those companies that do it well, the sector can recover, but firms will have to readjust,” he says.

“Some will struggle to get back to pre-coronavirus business levels and I am not sure that that has been priced in yet.”