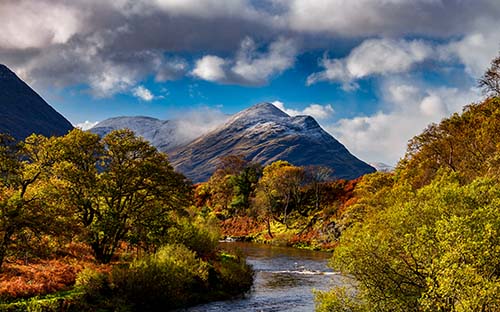 A greater awareness of governance in Ireland’s funds industry came about just in time for the Covid-19 crisis, writes Nick Fitzpatrick. But the regulator is keenly watching developments and has ramped up the focus on liquidity risk.

Ireland’s central bank governor Gabriel Makhlouf is satisfied the Irish financial system can withstand the shock of Covid-19. The reason for the system’s robustness is the regulatory overhaul of banks and investment managers after the 2008 financial crisis. With firms now employing higher capital and liquidity buffers, he noted in a blog on April 23 that the immediate response to the crisis has shown that the build-up of the system’s resilience had “paid off”.

The Central Bank of Ireland (CBI), which regulates the funds sector, is leaving little to chance, however. With Covid-19 forcing many of the country’s 16,000 fund professionals to work at home, the CBI is requiring a number of Irish fund management companies to provide, each Monday by 4pm, information about how the pandemic is affecting operations. Some riskier firms have to report daily.

The heightened reporting requirement may be a prudent response to the crisis – but it is also a natural progression of Ireland’s tight focus on investment fund governance in recent years.

CP86, as it is known in the industry – or Consultation Paper 86, which ran between 2014-16 – resulted in a heightened awareness of fund supervision rules and the importance of governance by directors of investment funds and ‘designated persons’ (those with more day-to-day oversight than most directors).

Critical in their duties is the oversight of outsourced services providers. Ireland hosts and provides services to Ucits funds with €2.3 trillion of assets under management (AuM) and alternative investment funds with €752 billion of AuM (as at February 2020), so its reputation as a fund servicing hub rests significantly on its ability to resolve the complexity of fund operations – in part caused by a plethora of outsourcing – with high levels of governance.

Opaque, subprime and leveraged
Along with governance and outsourcing – scrutiny of which increased to almost obsessive levels in the run up to Brexit – cyber security and liquidity have also more recently crept up the CBI’s agenda for the funds industry. These two issues may have been magnified by the current Covid-19 crisis but already existed in the regulatory sphere.

In the case of liquidity, Patricia Dunne, head of division for securities and markets supervision at the CBI, sent out a letter in August 2019 highlighting the responsibility of fund boards, including directors and designated persons, in relation to managing liquidity risk. Since then, the CBI has also sent questionnaires to Ucits management companies and alternative investment managers to probe their use of liquidity management tools.

Within the CBI’s current focus on liquidity management is likely to be the increasing amount of non-bank lending being facilitated through Irish-domiciled funds. The CBI has noted a large increase in collateralised loan obligations (CLOs) – complex lending instruments that predominantly UK and US asset managers have stored away in Ireland. The assets of Irish CLOs have grown “rapidly” in recent years, the CBI says, from just €15 billion at the start of 2014 to €78 billion by March 2019.

Opaque, subprime and usually leveraged, the Bank of International Settlements and other organisations have compared CLOs with collateralised debt obligations, which spread stress through the financial system during the global financial crisis. The vehicles carrying these loans are not prudentially regulated by the CBI.

With liquidity risk, the oversight of outsourcers, cyber security and a governance regime to adhere to, investment fund boards have their hands full. Rules says at least two members of the board must live in Ireland and for certain riskier funds, it could be three. Other board members can live abroad. Regardless, with the current practice of social distancing, the end-of-year board meetings – let alone the hours of preparation for them, including data collection and face-to-face preparations – are made more arduous, just as they are in other locations. The regulator’s demand for weekly and even daily reporting for some funds increases pressure on directors and designated persons. CBI has acknowledged these difficulties. There has been a conciliatory tone in some regulatory pronouncements.

However, just as Governor Makhlouf hopes that regulation of the past decade will maintain the system’s resilience in the unfolding crisis, the Irish funds industry hopes the massive regulatory exercise in governance will similarly carry it through the Covid-19 outbreak.