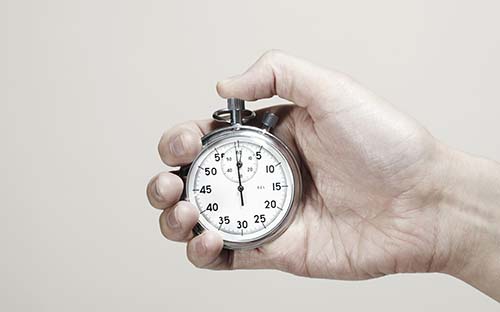 A 2019 report from KPMG Ireland asked: “Are you with the right ETF service provider?” and pointed out that the choice of service provider can influence investors’ total cost of ownership. Given that exchange-traded funds are price-driven investment vehicles, the report argued that more should be made of this point.

The survey, based on interviews with ETF issuers and authorised participants, found that just 12% were satisfied with their providers while 88% expressed “mixed feelings”. However, despite these findings, there is not a spectacular level of churn among the ETF service providers, a handful of which continue to dominate the market.

One problem, says Jorge Fernandez Revilla, the Emea ETF leader at KPMG Ireland, is that it is so hard for ETF issuers to change their service providers, since they are deeply embedded in their processes. “This makes it very difficult for new [service provider] entrants to the Irish market,” says Revilla.

“Some of the new entrants have very good platforms and can offer the benefit of access to global custody, seed capital and capital-markets access and newer technology – but they really need a flagship client to get any credibility. And in the current Covid-19 conditions, changing ETF provider will be even less of a priority.”

Ireland is comfortably the largest European centre for ETFs, accounting for almost 60% of the region’s assets. The most dominant ETF service provider is State Street, which has an 83% market share. Falling in behind are three more North American asset servicers – Bank of New York Mellon, Brown Brothers Harriman and Northern Trust, which acquired the Bank of Ireland Securities Services ETF business in 2011.

Citi and JP Morgan entered the market in 2018 but have so far failed to make a significant dent in the market share of the incumbent providers.

International trading
A difficulty in the ability for ETF issuers to change providers does create concerns that the market is not efficient enough. The KPMG report says that existing and new ETF issuers will be well placed to review their asset servicing arrangements to ensure they are receiving leading levels of service that can help reduce total costs of ownership.

One factor that should have resulted in a big change to the efficiency of Ireland’s ETF market is the implementation of international issuance and settlement models, which allows ETF shares to be created and settled through either of the two providers competing in the space. These are the international central securities depositaries (CSDs) Clearstream and Euroclear.

While this model has little impact on the primary market, it does make a difference to the secondary market, particularly where ETF shares are traded between different domiciles. Under the old model, service providers have to transfer shares across the different domestic CSDs in Europe based on authorised-participant and issuer requests, which is a costly, complex and time-consuming process.

The ICSD model was first developed in 2014 in an effort to reduce this friction in Europe’s ETF market, creating US-type levels of liquidity and secondary-market buoyancy.

Migration
Unsurprisingly, it has become incredibly popular in Ireland. Extra impetus was created by Brexit given that Crest, the UK settlement system, stated that it would no longer support Irish ETFs beyond March 2021. As of the end of February 2020, more than 90% of Irish ETF assets had been migrated to the new model, says Pat Lardner, chief executive of industry association Irish Funds.

The coronavirus pandemic may yet impact on the migration plan, though, says Ciaran Fitzpatrick, head of ETF servicing in Europe at State Street. Issuers have to complete a legal process, which normally involves a number of appearances before the Irish courts before announcing the change to shareholders and convening an EGM. However, the Irish courts have been closed for a number of weeks, probably slowing down the overall process.

“It is an open question at the moment. A digital solution would be nice but I am not aware of one,” says Fitzpatrick, adding that court backlogs aside, clients are fully aware of what needs to be done to make the conversion happen.

“If we can get every issuer in Ireland into the model by the end of 2020, it would be a significant milestone and would contribute to creating a more centralised and automated market with greater volume and liquidity and a reduction in settlement failures,” says Fitzpatrick.

“Reducing cost is a huge driver. There is a fee war out there across ETF issuers and from an administrator’s perspective, we want to contribute to a more efficient operating model for our clients that can help to reduce overall costs.”

More can be done to realise all the benefits, says Rob Rushe, Emea head of ETF services at BNY Mellon. Settlement rates could be improved and the awareness among individual traders could be raised. For example, when individuals are trading their ETFs via an exchange, many will be unaware that this could be done via the ICSD model, as long as it is agreed in advance with their counterparty.

“By and large, most exchanges treat ETFs as equities, there is no unique identifier to mark them as ETFs. Consequently they will revert to their default status when it comes to settlement and miss out on possible benefits,” says Rushe.

“Not trading across borders”
In addition, the ambition to generate a more active secondary market and make greater use of ETFs in securities lending, such as in the US, is still to be realised, says Fitzpatrick.

“Until there is greater liquidity in this model, ETFs being used as collateral and in a widespread securities lending model is still some way off. A lot of assets are domiciled in Ireland but there are still a lot in continental Europe. We would like to see more of those going through the ICSD model but the challenge is that a lot of these markets are domestically focused and not trading across borders.”

Another concern is that any cost savings produced by the efficiencies of the ICSD model do not get passed on to end investors and get blocked somewhere in the complex array of cost factors – from liquidity, cost of capital, price discovery and other factors. “These efficiencies need to be reflected in the spreads,” says KPMG’s Revilla.

A new challenge for ETF servicers will come from the introduction of new ETF structures and strategies – especially active ETFs. Currently there is more curiosity than activity from European asset managers when it comes to active ETFs, not least because it is not yet clear what the operating models will look like as central banks and regulators around the world try to devise a policy on holdings disclosure that balances investors’ demand for transparency with the issuers’ wish to protect their trading strategies.

“The demand is limited right now and the CBI [Central Bank of Ireland] will want to consider what other regulators including Iosco [the International Organization of Securities Commissions] and other European regulators are going to do and also wait to see what happens in the US in terms of what models are allowed and which ones prove successful,” says State Street’s Fitzpatrick.

ETF service providers will have to adapt their services and processes to the new market dynamics, says Jeffrey Baccash, head of global ETF solutions at BNP Paribas Securities Services – albeit this challenge is more of a refinement of current services rather than a complete transformation. “The more flexible and transparent a service provider is, the easier it will be to accommodate the associated changes that active ETFs will bring with them,” he says.

A key issue for service providers, adds Baccash, is how they enable authorised participants to enter their orders in the different ways that they would like in order to streamline their operations. In addition, providers need to consider how data and reporting is delivered back to the asset manager and whether this can be done in a shared digital platform.

However, until it becomes easier for ETF issuers and authorised participants to change their service providers, any of the potential benefits outlined above may be less available to market participants than they should be.