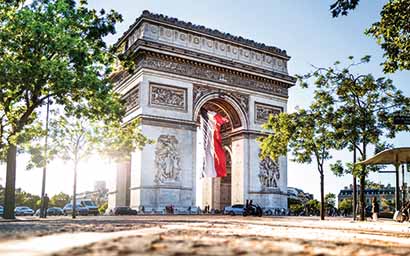 By one measure, and despite the Brexit issue, French equity funds have been hit harder than UK equity funds since the start of 2016. Cameron Brandt, a fund flows specialist at EPFR Global, looks at the problem with France.

With Europe continuing to be engulfed with the drama surrounding the UK’s exit from the EU, an uneasy (and unreported) undercurrent has emerged with French equity funds. The question is: Are investors starting to question France’s ability to cope with economic instability in light of domestic reforms and wider political upheaval?

While the reality of that story lagged the rhetoric, the fact that one of the European project’s two core markets was pursuing reforms served as an important – if hard to quantify – counterweight to the impact that Italy’s populists and the UK’s Brexit negotiations are having on Europe’s investment case.

Even before the protests against additional ‘green’ taxes on fuel broke out in November, mutual fund investors were souring on France and cutting their exposure.

Since mid-year, France equity funds have experienced the second-heaviest net redemptions among major EPFR-tracked Europe country fund groups after UK equity funds, with the outflows during the fourth week of November – the biggest since the second quarter of 2015.

Why is this important? After all, France’s resistance to change is no secret, and the problems created by Italy’s budget plans and the UK’s struggle to come up with a workable divorce settlement with the European Union have, until recently, dominated the headlines in the financial press.

The answer is that with the risks of another European crisis rising, investors are questioning France’s ability to cope with another economic shock. For all the recent talk of change, very little has changed in France since the sovereign debt crisis roiled Europe and its institutions a decade ago. From an economic perspective, it remains a heavily taxed and regulated country where government spending still accounts for 52% of GDP and over 9% of the workforce is unemployed, with youth unemployment rates still north of 20%. In absolute terms, France’s government spending has continued to grow, with little obvious change to the trajectory.

The outlook for 2019, with growth in the Eurozone slowing and the European Central Bank’s asset-buying programme in the rear-view mirror, is lackluster and there are risks to that outlook from current events. France currently enjoys a $10 billion (€9 billion) surplus in its trade with the UK, its fifth-biggest partner, and receives some 9 million visits from British tourists annually. Italy plays an even bigger role in French trade, and economic turmoil in its European neighbour could deal France’s economy another blow, perhaps concurrently with the fallout from a delayed or no-deal Brexit.

If France becomes a problem, it will be hard-pressed to be part of any solution to wider issues. That raises the prospect of more extreme investor reaction to negative news from Europe. It is probably no coincidence that Sweden bond funds posted record-setting weekly inflows going into December as investors look beyond Europe’s core to Nordic markets.

Watch Le Pen
One barometer to watch in 2019 will be Marine Le Pen’s polling numbers, viewed by many as a blunt proxy for populist sentiment in France and a contrarian indicator for French asset prices. In early November, polls showed her right-of-centre Rassemblement National Party leading Macron’s centrist En Marche for the first time since the 2017 general election.

Fund flows, a widely used proxy for investor sentiment, show that investors are if anything more worried about the outlook for France than they are for the UK, the latter’s struggle with Brexit notwithstanding. In relative terms, using flows as a percentage of assets under management for dedicated UK and France equity funds, it is the funds dedicated to France that have been hit hardest since the beginning of 2016. Furthermore, that trend has accelerated in the wake of the ‘yellow jacket’ protests that hit Paris in mid-Q4 2018.

Cameron Brandt is director of research at EPFR Global