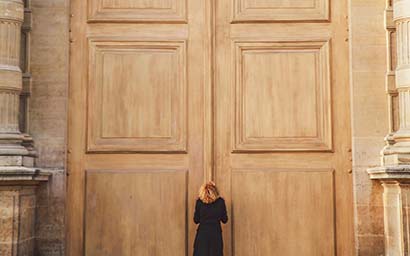 In the US, low-fee passive business has gone a step beyond offering funds for free and into the realm of ‘negative’ fees. Could it happen in Europe? Nick Fitzpatrick finds opinions differ.

Fidelity Investments took passive fees to rock bottom last year with the launch of zero-fee index funds. In March 2019, a fintech firm, Salt Financial, went beyond even this to launch an exchange-traded fund (ETF) with a negative fee – one that rebates investors, albeit for a temporary period. Both launches were in the US and have heightened discussion in Europe’s competitive ETF market about the prospect of the same happening here.

ETF providers in Europe have been reducing costs in recent years for many mainstream products in order to gain or keep market share, but zero fees appear to be seen by some ETF leaders as a step too far.

One of the most vocal critics has been Hector McNeil, co-chief of HanETF, a firm that offers an infrastructure service for asset managers too small to launch their own ETFs alone. Investors would be naïve to focus on just fees without considering replication style, quality, tracking difference and liquidity, he says.

McNeil describes the idea of zero-fee ETFs as a “gimmick” to get people on to a given platform. Ultimately, he says, this would be an anti-competitive move that could stifle new entrants to the ETF market. He even thinks regulators should take notice. “Instead of focusing on gimmicks, investors and regulators should look more at the dominant ETF issuers that use large, legacy products as cash cows while issuing new lower-cost funds,” he says.

Making the right choice
If Fidelity’s move was a gimmick, so far it seems to have paid off. Two of the funds launched in August 2018 were the Fidelity Zero Total Market Index (ticker: FZROX) and the Zero International Index (FZILX). FZROX saw $753.5 million of net inflows in the same month, according to Morningstar Direct figures. The international fund saw $234.2 million.

This was a tidal wave for FZROX compared to subsequent months, though it still took in comfortably more than $250 million in every month since (bar one). At the end of March, its fund size was $2.741 billion, while FZILX’s was $888 million, the Morningstar data show.

Caroline Baron, regional head of ETF sales at Franklin Templeton, says price is a “distinguishing factor” between ETFs when more providers are entering the ETF arena, sometimes offering similar products to what is already available.

“But we’re reaching the bottom,” she adds, “and investors should pay attention to potential hidden fees – and risks – in zero-fee products. Investors managing money on behalf of clients need to ensure that they pick the right product offering value for money and don’t just select the cheapest ETF, as that does not add value.”

Howie Li, head of ETFs at Legal & General Investment Management – a firm that also runs a large business of traditional passive funds – says: “While there is investor focus on fees, we have seen some investors wary of a zero-fee approach as it brings into question how viable the proposition is and how conflicts of interest are dealt with.

“It can be expected that the fund provider needs to be incentivised to offer the product in the first place, so investors will need to do due diligence, understand and be comfortable with where other sources of revenue are derived in the value chain.

“Our message to investors would be to ensure that the investment strategy works for their needs first and also delivers the value they’re looking for at a fair price, however the fees are charged.”

Tried and failed
Zero-fee ETFs in Europe have been tried before. At a Funds Europe ETF roundtable last year, Adam Laird, Lyxor’s head of ETF strategy in Northern Europe, said: “Deutsche Bank had a 0% fee ETF in Europe in 2011 offering European exposure. A free ETF would normally look for revenues from securities lending, but Deutsche found regulations didn’t allow this, as revenue from securities lending must go back to the client.”

The concept didn’t take off with investors, Laird said, and Deutsche scrapped it. “Consequently, I don’t think zero-fee will happen in Europe. Regulations don’t allow it any more, it just couldn’t happen.”

For an ETF provider looking to introduce zero-fee or even rebated ETFs, their best prospect might be Germany. Research from Vanguard published in April found that German buyers were the most cost-conscious, with 38% – the majority score – citing cost as their key consideration when choosing an ETF.

When it polled 300 ETF investors globally this year, custody bank Brown Brothers Harriman (BBH) possibly uncovered a new trend: that investors were going beyond cost to look at past performance. Past performance had risen in importance since BBH started its annual survey six years ago – though in 2019, cost and past performance still ranked equally as prime considerations.

From the point of view of a fund administrator such as BBH, zero-fee products would inevitably squeeze profit margins. But given how managers and investor services firms have been investing in technology such as artificial intelligence to support ever-lower fees in recent years, the zero-fee ETF is not necessarily far-fetched.

“I don’t see a zero basis-points ETF fee as more concerning than the 1-to-5 basis points ETFs that we have already,” says Andrew Craswell, senior vice president with responsibility for ETF business development in Europe at BBH. He adds that revenue for administrators could be maximised through expanded business relationships – including stock lending - with their clients.

A matter of time
One observer in Europe who does not rule out zero-fee ETFs is Hortense Bioy, Morningstar’s director of passive funds research. Again speaking at the Funds Europe roundtable last year, she said: “I think it’s just a matter of time before we see zero-fee passive funds in Europe. What Fidelity did in the US was just a marketing coup, with not much financial significance. The difference between 0 and 1, 2 or 3 basis points is minimal and whoever decides to bring a fund’s fees to zero will be making money elsewhere, if not in securities lending.”

However, Tom Caddick – chief investment officer at Santander Asset Management UK – warned that going down this route “gets into the territory of one client subsidising another”.