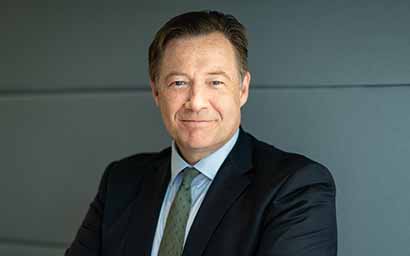 Increasing investor demand for ESG-conscious investment products has seen a record wave of issuances in recent years. In 2018, 382 such funds launched globally, taking the number to 3,160 according to Morningstar, and a combined total of $1.2 trillion (€1.08tn) in assets. This is a small proportion of the overall asset pool, but double the $622 billion managed in 2009 and a significant indicator of public sentiment.

Despite this, regulators need to act to create an environment that makes it easier to utilise the trillions of assets under management to effect change. A measured approach to ESG regulation would allow the finance industry to restore much-needed public trust: the time has passed for the financial industry to be saying “leave it with us”.

The UK chancellor of the exchequer’s spring statement referred to an upcoming global review of the link between biodiversity and economic growth. If we are indeed in “the race of our lives” against climate change, as [investor] Jeremy Grantham suggests, then the pursuit of investment goals for the ultimate benefit of society should be driven by greater awareness, pace and urgency. I would like to see the review draw out the crucial role that finance could and should be playing in generating economic growth that simultaneously enhances our environment. ESG investing is far from the ill-considered conflation of financial and non-financial returns that detractors would have us believe. Our long-term wealth is inextricably linked to care for the planet itself, and the social and governance aspects of ESG should also complement the future state of investment management.

While scientists record five naturally occurring mass extinctions in the past 500 million years, the potentially devastating consequences of climate change induced by humans is still shameful and avoidable. In the face of evidence that the human race has already caused the extinction of 60% of all animal populations since 1970, and that depending on your model of choice, we may already be too late to arrest climate change, it is not credible to say that finance is unaffected by, and doesn’t affect, the environment.

In more advanced economies, we may well be at a critical and positive juncture where the spread of ESG investing among millennials and mass affluent citizens drives action on issues such as biodiversity, air quality and reforestation, and results in relative environmental improvement as pictured by the Kuznets curve. But if we are not careful, environmental devastation could still flip the global economy on its head. The finance industry can help put a stop to this. We are the ones funding it.

One only has to look to gender pay reporting regulations as an example of a starting point for change. Regulating to standardise ESG reporting will facilitate the increasing number of investors who recognise the need to account for ESG in their investment decisions. Transparency, quality and standardisation of data is a simple and powerful message.

Without regulation, ESG runs the risk of being seen as an indulgence, affordable by only the wealthiest of nations, and companies will continue to say they can’t afford to do more.

No single such company will pay the price for plastic in the oceans or face the responsibility for the scarcity of water, but as a society we will. Regulation is needed to achieve a better balance between reward and responsibility.