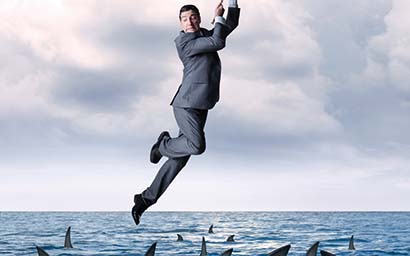 The failings related to lapses in change management processes, maintenance of counterparty reference data and the testing of whether all transactions were accurate and complete. In the case of Goldman Sachs, it was actually penalised for reporting 6.6 million transactions that were not actually reportable.

Although the fines were not related to reports required under the MiFID II capital markets rules introduced last year, they have served to focus fund managers on the possible recriminations for reporting failures from the directive, which places an unprecedented reporting requirement on asset managers, not least because the FCA issued a warning along with making the fines public.

“The failings in this case demonstrate a failure over an extended period to manage and test controls that are vitally important to the integrity of our markets,” said Mark Steward, FCA executive director of enforcement and market oversight in relation to the Goldman Sachs fine. “These were serious and prolonged failures. We expect all firms will take this opportunity to ensure they can fully detail their activity and are regularly checking their systems so any problems are detected and remedied promptly, unlike in this case.”

So how do fund managers best avoid incurring a fine for transaction reporting failures? Given the extent of the reporting requirements under MiFID II – the revised Markets in Financial Instruments Directive - it is unlikely that they will be able to avoid making any kind of errors.

“There are so many challenges with transaction reporting, it is not surprising that firms misreport from time to time,” says Len Delicaet, head of regulatory reporting strategy for fixed income trading platform MarketAxess. “And as the two recent FCA fines have shown, they can continue to do so for years undetected.”

These challenges begin with ‘interpretation risk’, where firms may misunderstand regulatory requirements and take views contrary to the regulator’s intention. “This ‘bakes in’ errors right at the outset of the firm’s response to a new reporting regime,” says Delicaet. Communication breakdowns between different departments also mean that firms might fail to correctly implement a correct interpretation.

He also refers to numerous other challenges, including the impact of technology changes and the addition of new business or products once a reporting stream is operational, as this risks changing the data set or adding new fields to data sets that are not integrated into the regulatory process. This is a challenge that has been amplified in MiFID II due to the sheer number of fields involved.

There are also some challenges that may result from inaccurate reference data provided by third parties related to instruments, counterparties, trading capacity and trading venues. He also refers to issues around the control environment that may have first surfaced back in the last quarter of 2017, at a time when regulators would have been lenient.

Eighteen months on, that leniency has been tightened up, says Delicaet, and firms are expected to have robust controls in place.

“Defend the process”
It is not the reporting mistakes that are the issue, says Matt Luff, senior consultant at software firm Linedata. It is about having a process in place to uncover these mistakes. “Firms must have a reconciliation process in place. Most asset managers recognise this, but there is a variation in the way this can be done.

“The ability to get the data and store the data is arguably more important than the data itself. It is about how people go about reconciliations. As long as you can defend the process, my feeling is that you won’t get fined if you can show what you are trying to do,” says Luff.

To avoid a fine, firms have to ensure that they get the basic reporting details correct, he adds, such as the legal entity identifiers of counterparties, the price and direction of a credit default swap trade, and the timing of a trade.

“The FCA takes a broad and fair approach to transaction reporting, says Luff. “It is not looking to punish firms but to be able to unwind positions in a crisis and to ensure that firms have the right internal processes that are regularly tested and fit for purpose.”

Linda Gibson, director of regulatory change and compliance risk at BNY Mellon’s Pershing business, says that the recent record fines imposed by the FCA show how seriously the regulator is taking transaction reporting because it views data accuracy as integral to making the regulations effective.

“Receiving the correct transaction reporting data is essential for the FCA to enable it to identify potential instances of market abuse and combating financial crime, as well as underwriting market integrity and supervising firms and markets. This is why the regulator continues to take a hard line on firms with reporting failures,” she says.

The FCA has also highlighted the extent to which IT systems are the single highest cause of failure and operational disruption, says Gibson. The reform of legacy technology has long been a fundamental priority for fund managers but she warns about using external systems that try to treat individual compliance requirements rather than compliance as a whole, creating another burden of overheads at a time when the industry is driving down costs and streamlining efficiency.

“In addition, regular tests need to be conducted in order to ensure the completeness and accuracy of transaction reports, while an understanding of what is actually reportable should not go amiss – in the case of these recent fines, in addition to under-reporting and misreporting, both firms over-reported a substantial volume of transactions. This is a technical area of MiFID II and the burden of data collection is only going to become greater. Maintenance of correct reference data was a major failing in both recent enforcement cases,” says Gibson.

Regulators do not just want firms performing eligibility and quality checks at the time of reporting but to also undergo retrospective checks, says Tom Wieczorek, managing director, product management for UnaVista, one of a number of companies looking to relieve fund managers’ reporting burden.

For example, UnaVista provides an eligibility file designed to help firms check the instruments in their transactions against the list provided by the European Securities and Markets Authority, known as the ‘FIRDS’. “These checks help eliminate the most reported rejection errors in MiFID II transaction reporting and avoid over-reporting,” says Wieczorek.

Feedback
Kaizen Reporting was set up by former FCA regulator Dario Crispini with the aim of providing a feedback mechanism for regulated financial services firms, allowing them to know what they are getting wrong and helping regulators get the data they need, the firm says.

The recent fines were just the tip of the iceberg, says Crispini. “The cost of having to re-report all those transactions and put in new systems to prevent future mistakes could be as much as ten times the cost of any fine.”

Like others, Crispini says asset managers should have a robust and accurate testing programme for their reporting so that they are able to attest that their interpretation of the rules is the same as the regulator’s. He also recommends implementing front-to-back reconciliations for transactions, from the trading system through to the reporting system. Good governance is also necessary – lines of responsibility, an escalation policy, systems control and training.

While Brexit has resulted in a moratorium for many regulations, MiFID II reporting is likely to stay centre-stage for a while, especially with the Senior Managers Regime in effect, says Crispini. Regulators are also aware of the need to make MiFID II a success and the role that accurate data holds in ensuring this success.

“We are now 16 months into MiFID II, which is a long time to allow firms to bed down. Regulators across EEA countries are writing to firms to ask them to explain any errors. It gives them the opportunity to see the overall quality of reporting but also to test their reconciliations process. Transaction reporting is the canary in the coal mine – a demonstration of the quality of controls in that firm and an early-warning system for regulators.”

Errors everywhere
Regulators have to use their enforcement powers appropriately, says Crispini. “There are errors everywhere, so it is about how the errors arose and whether a fine would serve to educate the market, send a message or make that firm more responsive in the future.”

So, what is the process in the event of a reporting error? “You have to notify the regulator and confirm the error,” says Crispini. “Then you need to show that you have learned from the error and have taken steps to improve the process. This is key to rebuilding the regulator’s confidence in your reporting.”