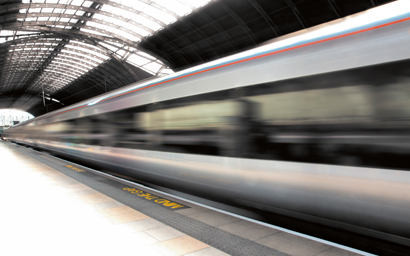 The fund platform market in the UK has seen major changes since the Retail Distribution Review. David Stevenson looks at how changes have affected the way platforms operating in the adviser market select funds.

Since the UK introduced the Retail Distribution Review (RDR), there has been a seismic shift in the country’s fund platform industry. Mighty fund supermarkets – such as Cofunds, Fidelity FundsNetwork and the Old Mutual Wealth platform – largely dominated the market in channelling funds to professional fund selectors, which mainly means independent financial advisers (IFAs), plus discretionary fund managers (DFMs).

But figures from Legal & General (owner of Cofunds) have shown that Cofunds’ net flows for the first six months of 2015 were £1.1 billion (€1.4 billion), compared with £2.5 billion in the same period in 2014. This reduction in market share is thought to be because fund wrappers offer a wider range
of choice.

Competition to get on to platforms is fierce. According to a report last summer by Platforum, an industry group, for DFMs the biggest barrier to working with fund platforms was the range of funds available.

Yet platforms do not want just any fund manager on their shelf.

Bella Caridade-Ferreira, chief executive of Fundscape, says 70% of the UK platform market is adviser-led, in stark contrast to large parts of Europe, where there are more banks and insurers with their own asset managers operating in distribution.

In an adviser-led market like the UK, it is the adviser who has a major influence on whether a fund is granted valuable platform space.

Caridade-Ferreira says fund management firms attempting to get their funds on UK platforms have to use a “stereo process”: going around “banging on doors”, telling people how fantastic the fund is and then drumming up support from IFAs and other fund selectors who, if convinced, will tell platforms to on-board the fund.

But fund managers also have to consider that advisers have a regulatory duty to ensure a fund’s suitability. This is enshrined in the RDR and the Financial Conduct Authority (FCA) policy statement 13/1, which has been described as “the final piece in the jigsaw” of RDR.

Barry Nielson, head of business development at Nucleus, a fund platform that provides funds and related services to selectors such as IFAs, says it’s the adviser that knows the client scenario best and is, therefore, best placed to understand the client suitability of a fund.

Similarly, Neilson says fund platforms need to keep a closer eye on how their propositions are used, making sure that the services they offer are not used for inappropriate client outcomes. An example of this could be elderly clients being put in portfolios that are heavily weighted towards aggressive asset classes, he says.

“It may be a sign that the platform’s flexibility is being used inappropriately, either intentionally or unintentionally.”

PAY FOR ACCESS
This is totally different from the situation before RDR, which shook up the advice market and impacted fund distribution so much. Back then, it was possible for a fund management firm to simply pay for access to platforms for its funds – although a Platforum report suggests the market has found it hard to adjust.

Platforum’s ‘UK Adviser Platform Guide’ states: “With an explicit ban on payments from providers to platforms, fund managers’ bargaining position vis-à-vis platforms has substantially weakened, but many firms still operate under the same distribution model with dedicated sales forces responsible for proactively calling on platforms to on-board their funds. This model is not likely to succeed in the post-RDR world.”

However, Edward Glyn, global head of client relationships at Calastone, a financial technology provider, suggests that the process is far more nuanced and sophisticated than the ‘pay to play’ approach that Platforum suggests. There are three main elements, he says, for getting funds on to platforms: product, brand and relationship.

In most industries, brand is often a vital pull factor for consumers. The funds industry is no exception, though this depends on the type of platform. Aegon operates a non-adviser platform, Retiready, with a choice of only five blockbuster funds; Aviva has its own direct-to-consumer (D2C) platform and Vanguard is planning to start its own direct platform.

Brand awareness is obviously important in the D2C market, but even outside it, too. Calastone’s Glyn says that according to the firm’s data, the vast majority of fund flows go into the top 50 or so funds.

What, then, does this mean for the more obscure boutique funds? These funds are unlikely to have an army of marketing staff promoting their products to decision-makers, so how do they get on board platforms?

As Glyn says, it’s unlikely that the ‘man in the street’ is going to recognise some small boutique brands. But if a sophisticated institutional investor is looking to allocate a percentage of its portfolio to something specialised, they won’t care if the brand is widely known. A sophisticated investor will pick a manager who has experience and a track record in whichever specific asset allocation they are looking for.

Nielson says Nucleus has “quality” advisers that have longstanding relationships with their clients; the client is less concerned with the fund management brand due to the trust they have in their advisers. So, how important is trust between platform and adviser?

GOOD RELATIONS
Intermediary fund platforms need to keep the advisers who use their services happy, otherwise advisers will take their business elsewhere. Alistair Wilson, head of retail platform strategy at Zurich Investments, says there has to be a constant flow of information between the platform and the adviser client.

This may be due to legislation: for example, the Pensions Freedom Act had important implications for the retail market. Advisers need to know how the government’s proposals are going to be received by clients and how they will benefit clients, says Wilson.

Getting feedback from advisers, whether on the range of funds or the availability of particular funds, is also important, he adds, which is why he works closely with advisers.

When a fund manager approaches a platform directly, unless it is a well-known brand with significant assets under management, it is necessary to come prepared with “proven demand”. Short of having a financial adviser or discretionary fund manager explicitly indicate their readiness to allocate funds straight away, some platform providers will also accept a fund if it is on the buy list or recommended list of financial advisers, DFMs or rating agencies.

Calastone’s Glyn believes the industry is becoming more sophisticated about factors such as suitability, about knowing your distributor network and about ensuring that all of the relevant key facts of the fund are made clear to the distributor and investor.

In terms of knowing the facts about the fund on a platform, Cofunds says it puts funds through a due diligence process, though it did not explain what this process entails.

Zurich’s Wilson, though, describes some of the criteria his firm uses to gauge the suitability of a fund. One criterion is that the fund has to be in sterling. Zurich also looks at whether the fund manager is domiciled in the UK, Dublin or the Isle of Man, for instance.

It is important to make sure advisers and their clients receive exactly what they want, and that there are no “unexpected surprises for anybody” – to “line up the plumbing”, in Wilson’s words. “Clearly, fund houses are looking for their fund to be on the platform, but from our point of view it is customer-based, so the adviser and their client are the principals here and they’re the ones we’re looking to satisfy.”

Aegon is another platform that is transparent with its criteria for on-boarding funds. These include the fund manager’s operational model, says the firm’s investment director, Nick Dixon – for instance, if the product is priced daily or has electronic price feeds, and, crucially, if it has investor demand. He says Aegon doesn’t assess other criteria as it seeks to offer advisers the breadth required for their investment proposition.

For its d2c offering, Retiready, which contains just five funds, the firm looks for managers to run those funds based on criteria such as investment capability and its credentials in the strategy. These include risk management capabilities, the asset allocation process, the firm’s culture, its operational capabilities – and brand.

With an intermediary platform, it is possible for advisers, working closely with the fund group itself, to approach a platform and try to get a preferred fund on-boarded. Even a fairly obscure boutique fund may succeed if a well-known DFM approaches a platform.

One notable change is that fund companies can no longer simply pay to have their funds put onto a platform, which, in theory at least, they could have done with no prior demand.