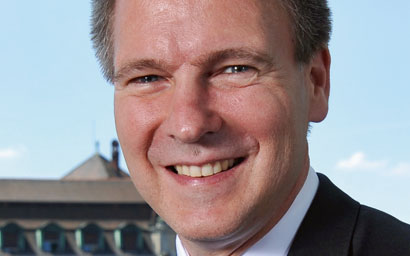 2015 proved an eventful year for global markets, in which investors’ nerves were tested to the limit throughout.

2015 was an eventful year for Switzerland’s funds and asset management industry too. One of the year’s defining events was the abandonment of the Swiss franc minimum exchange rate versus the euro in January. Fund volumes managed to break through the 900 billion franc threshold, but were unable to remain above it for long.

Broken down by asset class, equity funds still have the largest share at about 41%, followed by bond funds with around 31%. Asset allocation funds remain in third spot with just over 12%. At the end of 2015, there were 8,740 funds approved for public distribution in Switzerland, a net increase of 524.

The securities holdings in client custody accounts at Swiss banks were rather volatile over the course of 2015, reflecting the performance of the markets. According to the Swiss National Bank’s statistics, the figure stood at 5.5 trillion francs at the end of December 2015.

On the regulatory front, SFAMA’s focus was and remains the Financial Services Act (FinSA) and Financial Institutions Act (FinIA) projects.

We regard the dispatch adopted by the Federal Council as an opportunity for Switzerland as a location, since these two laws will make a decisive contribution to safeguarding both the ability of Swiss providers to export their products and services, and thus also their future competitiveness.

During parliamentary debates in the course of this year, we will remain committed to ensuring the issues raised by our industry are heard, and we will be highlighting the crucial importance of
asset management.

EXPORTABILITY
As a small and open economy, Switzerland is dependent on its financial firms being able to offer their products and services abroad. The FinSA and FinIA are a key prerequisite for this. The global market offers considerable potential for the Swiss financial sector, with its strong infrastructure.

An essential requirement for the exportability of Swiss financial services and products is that Swiss financial market law be in line with international standards, specifically those of IOSCO and the OECD. These central standards include both appropriate conduct rules (FinSA) and internationally recognized prudential supervision of all asset managers (FinIA).

Anyone who wants to export has to play by the international rules, and the FinSA and FinIA will both make a considerable contribution in this regard.