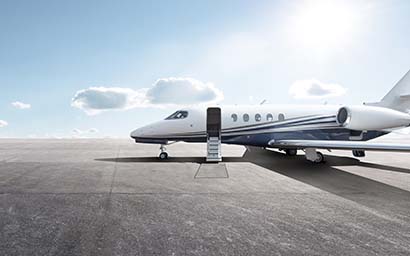 Campaigners are questioning an asset manager’s commitment to ESG because it owns a private airport used by ultra-wealthy people. Nick Fitzpatrick reports.

Macquarie Asset Management is facing mounting pressure from campaigners over noise, emissions and air pollution at a UK private airport owned by one of the firm’s infrastructure funds.

The campaigners say airspace around Farnborough Airport, which is 40 miles from London, has seen increased traffic due to ultra-wealthy people and celebrities flying in private or business jets. The increase stems from permission granted to the airport’s operator in 2010 to operate thousands more flights a year.

Macquarie Asset Management has owned the airport since 2019 via its Macquarie European Infrastructure Fund 6.

One campaigner has challenged Macquarie to “square” its commitment to sustainable investing, with the ownership of an airport that operates large numbers of private jets.

Farnborough Noise Group’s Colin Shearn wrote to Ben Way, group head of Macquarie Asset Management, to say: “Private aviation for a very small number of ultra-high-net-worth individuals that is 18 times more polluting than an equivalent commercial flight is anything but sustainable.”

The campaigners are a mixture of local environmental and anti-noise resident groups, but also include the high-profile Extinction Rebellion. Campaigners may buy shares in Macquarie Group – the Sydney, Australia-based parent company of Macquarie Asset Management – to exert pressure, Shearn told Funds Europe.

An online petition, currently with over 850 signatures, calls for airport regulator the Civil Aviation Authority to monitor noise and air pollution levels around the airport. It also calls for Farnborough Airport Limited to develop plans to reduce the climate-change impact of its operations, including emissions from aircraft.

‘Noise, emissions and pollution’
Campaigners say Farnborough Airport’s flights are “generally private/business jets used by ultra-high-net-worth individuals [and] celebrities” and which mostly serve locations that commercial flights also serve. They say the growth of private-jet traffic has resulted in a “significant increase in noise, emissions and pollution for people living near the airport”.

When Macquarie announced the acquisition of Farnborough in September 2019, Farnborough Airport operated more than 30,000 flights per year, but according to campaigners the airport could operate up to 50,000 flights following the permission gained in 2010. The airport has been the target of several protests in recent months.

Macquarie Asset Management, which has 750 billion Australian dollars (€479 billion) of assets under management, has a 2040 net-zero target. It also runs a programme of ESG investing and says it has a commitment to sustainability.

In June 2021, Macquarie Asset Management announced that the infrastructure fund that owns Farnborough Airport would buy a recycling firm and described this as an investment to support the growth of the “circular economy”.

But Shearn says: “What I find irritating is the extolling of green credentials, then bunging solar plants in portfolios with airports.”

John Bruen, a senior managing director in Macquarie Asset Management’s transport infrastructure team, told Funds Europe in a statement: “Macquarie has a track record of working with its portfolio companies to improve their overall sustainability performance. We have committed to investing and managing our portfolio in line with net-zero emissions by 2040 and are working with each of our portfolio companies, where we exercise control or significant influence, to help them establish net-zero business plans, transform processes, and invest to upgrade infrastructure to accelerate the low carbon transition.

“Farnborough Airport has made strong progress on its net-zero journey; balancing the undoubted social and economic benefits of aviation with its responsibility to decarbonise its activities.

“Farnborough was the first dedicated business aviation airport to receive carbon-neutral status under the Airport Carbon Accreditation scheme run by Airports Council International Europe and is supporting cross-industry initiatives to increase the use of sustainable aviation fuel (SAF), including having introduced a permanent supply of SAF for its users last year.”

Super-short hops
The average private jet owner has a wealth of €1.3 billion, according to a report called ‘Private jets: can the super-rich supercharge zero-emission aviation?’. The report – published in 2021 by Brussels-based think tank Transport & Environment – highlights the “outsized role played by the super-rich hopping on private jets for super-short distances”.

The report says European private jet emissions “soared” by 31% between 2005 and 2019. Also, private jets are untaxed in most European nations and exempt from the EU ETS – Europe’s carbon-pricing scheme. There is no tax on kerosene, even for domestic flights.

Authors of the report say that the super-rich should use their wealth to fund decarbonising technologies for the aviation sector, such as new fuels and aircraft.

Private aviation for the wealthy remains particularly hard to defend in the UK where – as in France – private jets departing the country emit 20 times more CO2 than 20 other European countries combined, the report found. Some 78% of UK flights are short hops within Europe. A majority of the emissions for flights to France (53%) are attributable to just Farnborough and Luton.

What’s more, the data suggests that private jet traffic is mainly driven by leisure. In 2019, private jet departures in Europe were up by 50% in July compared to January, and total traffic by 65%, the report showed. Shearn claims this is reflected at Farnborough, where he says that many winter flights are to the Alps and many summer flights are to the Mediterranean.

Meanwhile, short-haul private jet flights in France are being banned in cases where there is a train service available.