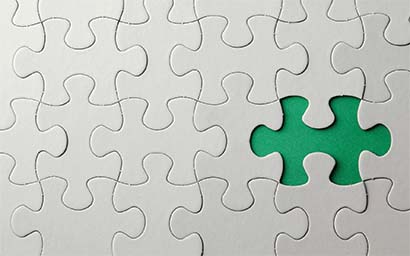 Although there is still variance as to when and how to get there, most countries have committed to reach net zero in carbon emissions within the next two to three decades.

But what has yet to be finalised is how this transition will be paid for and undertaken. Citing its own ‘Global Financial Stability Report’, the IMF released a blog recently that looked at how much would be needed. As well as “unprecedented change from companies and governments”, the piece said additional investment totalling $20 trillion (€17.7 trillion) over the next two decades may be required.

It concluded: “The world’s $50 trillion investment fund industry, especially funds with a sustainability focus, can play an important role financing the transition to a greener economy and helping to avoid some of the most perilous effects of climate change.”

McKinsey & Co’s recent report ‘The Net-Zero Transition’ estimated that capital spending on physical assets for energy and land-use systems in the net-zero transition between 2021 and 2050 would amount to about $275 trillion, or $9.2 trillion per year on average, an annual increase from today of as much as $3.5 trillion.

Other reports couch the amount needed in different terms. The Energy Transition Commission’s ‘Making Mission Possible’, released in September 2020, said that while the sums are huge, they remain affordable, given that they amount to just 1-2% of global GDP.

And in the context of what may come, the present cost is certainly lower than it could be. Alix Chosson, senior ESG analyst at fund manager Candriam, compares what needs to be spent on achieving net zero with the cost of fighting two years of a global pandemic.

“To give you a point of reference,” she says, “what we’ve spent with Covid is about $10 trillion, which is about 10% of GDP. With achieving net zero, we’re talking about 0.5-1% in the next two decades, gradually increasing by 2050. That’s much less.”

So far, the financial world has gone all-in on investing in renewables, even if the current market appears somewhat chaotic.

Recently, Morningstar released its own report, ‘Global Sustainable Fund Flows: Q4 2021 in Review’. Among its findings were:

“While lower than the record set earlier in the year,” wrote Morningstar, “inflows into sustainable funds in the last quarter outpaced those in the overall global fund universe, which recorded a 6% drop in net new money over that period to $570 billion.”

The past two years have done little to stem flows into this space. In November, the European Fund and Asset Management Association (Efama) noted in its report ‘The European ESG Market at End Q1 2021’ that the recovery that followed 2020’s lockdowns “gave a boost to ESG investing”.

Instruments of execution
The ESG market seems to be growing rapidly and meeting a demand. So, where do green bonds and clean energy funds fit in?

Trisha Taneja, head of ESG advisory at Deutsche Bank, says these products are used by many looking to meet carbon objectives. “I think these instruments,” she adds, “really drive execution and pricing benefits for issuers.”

Others, such as Krista Tukiainen, head of research and market intelligence at the Climate Bonds Initiative (CBI), point to the established nature of green bonds.

“I think green bonds are going to be pretty substantial, because we have about $1.7 trillion of green bonds outstanding right now. Roughly a third of that is going to financing clean energy, with around another 15% going towards energy efficiency,” she says.

Green bonds, says Noémie Hadjadj-Gomes, head of research at CPR Asset Management, fill a specific role in this type of investment. “To reach net zero,” she adds, “there are two ‘families’ of climate solution. The first is converting the whole economy to net zero, while the second is financing projects of companies that are doing the transition through generating real decreases in emission levels. It’s within these two that we can look at clean energy solutions or green bonds.”

Tom Tayler, a senior manager at Aviva Investors’ sustainable finance business, says that green bonds are going to be important in several ways. One driver, he says, will be demand from pensions or retail investors whose preferences will influence the picking and allocation of funds.

“At some point,” he says, “it’s going to be mandatory for advisers to ask their customers about preferences when it comes to sustainability. When that demand happens, that’s going to inform some of the asset allocation behind certain products. The thing with green bonds is that you get that clarity on the use of proceeds – there’s a specific issue relating to something sustainable.”

But defining what a ‘green’ investment is has become difficult, and it is a problem that various governments and entities have been wrestling with. In November, the International Financial Reporting Standards Foundation announced a board to examine the issue, while that same month the International Organization of Securities Commissions published recommendations on sustainability-related practices. The EU also began to implement its Sustainable Finance Disclosure Regulation in March 2021.

Everyone interviewed for this article acknowledged that labelling is a problem. Morningstar addressed it directly in ‘Global Sustainable Fund Flows’, saying that in Q4 2021, the number of funds in its European sustainable fund universe shrank by 27% from Q3 2021. This followed an assessment, using Morningstar’s own taxonomy, that prompted it to remove certain so-called green funds from its work.

In general, some funds are considered green because they invest in carbon-free technology, while others concentrate on reducing emissions. A third class of green or sustainable fund has arisen, however.

As Morningstar wrote, some newer ESG funds focus on social issues – for example, the M&G Diversity and Inclusion fund, which invests in companies that have demonstrable gender and/or ethnic diversity, and that tackle social inequality. Investments can include corporate bonds of companies expected to contribute positively toward social development themes such as economic inclusion, health and wellbeing, or sustainable infrastructure.

“There’s a lot of debate,” says Tukiainen, “and probably now more than ever, because of the different taxonomies and classifications that are popping up everywhere. That’s good, because it means that different countries and actors around the world are thinking about these things. At the CBI, we take the view that whatever your definitions are, they have to be based in science and clearly laid out.”

Tayler acknowledges that classifications are “incredibly difficult” because every taxonomy and set of rules that comes out reflects not what is needed, but the purposes of the issuer.

“We’ve seen this with the EU’s recent taxonomy, which includes nuclear and gas as transition fuels,” says Tayler. “That was down to political pressure winning out over scientific consensus. These attempts are hugely political because what seems like it should just be science has a huge impact for each country in terms of the individual policy mix.”

Furthermore, an element of chaos seems to be emerging as the shift towards net zero intensifies. Towards the end of last year, Vladimir Putin reportedly called the trend towards ESG a “hysteria” while speaking to a Russian government meeting about the energy transition. Calling for a smooth, sustainable transition, the president implied that this situation had caused the ongoing energy crisis across Europe.

Chosson concedes that he has a point. “We need energy planning,” she says. “When you invest in energy, most facilities will be there for 40-60 years. So, if you’re investing in something that will be running in ten years’ time, you need to have an idea of what the baseload energy will be.”

Tayler agrees. “These conversations are essential because companies like BP and Shell have the balance-sheet capability and the best scientists in the world who can help solve an energy crisis,” he says.

“But that’s only as long as they’re given the incentives to do so by investors and from governments. There is a need for a clear plan and an orderly transition is essential, because markets react to those plans.”