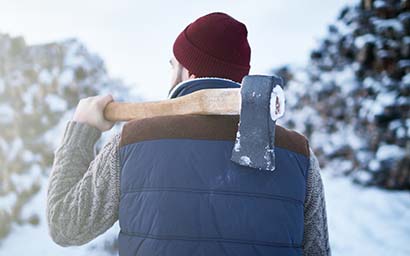 A not-for-profit industry ‘utility’ has demonstrated it can slash data management costs related to MiFID II. Alex Rolandi speaks to those involved, asking about the project’s future – and where the cost reductions are made.

Participants – which include the fund platform Allfunds and asset manager Fidelity International – belong to the Tisa Universal Reporting Network (Turn). Described as an industry-run utility for both the UK and Europe, the aim of Turn – which is now available across Europe – is to ease the regulatory reporting requirements of MiFID II. Plans are in place to include ESG data and a tool to manage the Packaged Retail and Insurance-based Investment Products (Priips) rules.

The participating firms – which also include transaction network Calastone, Link Group and Deutsche Bank – have disclosed that their data management costs averaged £200,000 per year. Turn has said it can reduce these costs to less than £30,000.

Before the utility was built, the exchange of information was inconsistent and firms struggled to obtain all the data they required from other firms to enable the disclosure of investment-related costs.

Across the industry, this has led to a lack of transparency and a heightened risk of inappropriate products being marketed to retail investors.

Industry-run, industry-dependent
To be truly successful, Turn needs industry participation. If it gains only a small percentage of industry uptake, it won’t achieve enough critical mass to function effectively. At the time of writing, just 14 firms were using the platform.

According to Danny Wynn, head of platform operations for the UK and Asia-Pacific at Fidelity International, the more companies involved, the greater the savings.

Fidelity International is the first fund manager to start loading its European MiFID Template data on to Turn, while MFEX is the first fund distributor. Fidelity declined to reveal the exact amount it had saved so far, since the initiative is still in its pilot stage.

But Wynn says that as more distributors and fund managers sign up, savings are expected to change “significantly” as the data sets on the utility increase.

“Turn is brand new – it’s not fully up and running, delivering all of its value yet, as it’s still being built out,” he says. “But the value we see in the initiative and the end state is twofold. It benefits us as a fund manager and also as a distributor and platform business.”

Blockchain is the driving force behind the utility. Powered by Atos, its decentralised infrastructure allows Turn to operate in a democratic way. According to Jeffrey Mushens, technical policy director at Tisa, this is what makes the platform resilient.

Leveraging blockchain means Tisa was able to build a community-based model, rather than a central database that runs the risk of becoming proprietary. “Nobody wants to join a proprietary blockchain which is facilitated by an individual asset manager or profit-making tech firm,” says Mushens.

Frictional costs
Data on the blockchain is held across all of Turn’s members, allowing for greater transparency and cost reductions, he adds. But where are these cost reductions coming from? Who, in effect, is losing out?

“We can’t comment on who we’d be making the saving at the expense of,” says Mushens. “Cost savings come from loads of places: they come from efficiencies, avoiding liabilities, and better processes.”

Fidelity’s Wynn highlights the time and effort that go into data management. “The FCA [UK Financial Conduct Authority], quite rightly, has very strict expectations of distributors for us to make sure we’re using accurate data,” he says.

“There’s a lot of money spent in the industry through data vendors, or directly by distributors, in verifying the data we have and controls around making sure it’s updated.”

In terms of static fund data, the current demand derived from proprietary standards ranges from 700 to 1,500 data points, according to Gary Bond, chief executive officer of Turn.

“In Turn, the industry representatives – including asset managers, distribution businesses and data vendors/aggregators – have set a very simple exam question of what is the minimum required to sell via a platform,” he says.

The final answer is still being worked through, but the ultimate aim is to reduce the number of data points that are submitted to FinDatEx, an industry body aimed at creating standards, to between 50 and 80, Bond says.

Turn reduces frictional costs as fund managers upload their fund data either directly or through their appointed agents, meaning distributors can be confident in its accuracy, according to Fidelity’s Wynn.

“Once it is fully rolled out and we get critical mass in the market, for Fidelity the cost savings will be twofold,” he says. “In our platform business, we’ll be able to reduce the costs associated with collecting data, most of which goes to licence fees to third-party vendors.”

The impact on people, Wynn says, will be small. Instead, the capacity of those involved in the data side of a business can be “recycled” into a client value-adding activity.

The golden source
Fidelity would usually pay a third-party data vendor to source and provide around two-thirds of the data it needs as a platform, says Wynn. These could include major players like Morningstar and FundsLibrary.

Morningstar is a founding member of Turn, but the firm declined to be interviewed for this article. Funds transaction network Calastone and DWS, other members of the utility, were also unavailable for comment.

According to Turn’s Bond, the utility cuts out the ‘middleman’ in data management liability: the data vendors. “When things go wrong, everyone usually points the finger at each other,” he says.

As Wynn underlines, the use of inaccurate data has landed fund managers or distributors in hot water a number of times over the past several years.

Through Turn, if a redress issue arises due to the purchase of incorrect data, the fault lies with either the asset manager or the distributor, Bond tells Funds Europe. “There are no vendors in the middle here that can be blamed any more, they’ve been taken out in terms of liability.”

From a distributor’s point of view, all the money spent on redress, finger-pointing and unpicking the audit trail is saved in the process, he adds. “That’s where one big operating-model cost saving comes from.

“Then you’ve got the binary elements in terms of cost reduction, as firms are only getting the data from one place: they don’t need to use data aggregators and disseminators – Turn provides the golden source of truth. You also have the element of speed to market, where an asset manager who signs a new distributor can state that they can onboard the funds into their platform using Turn, saving four to five weeks of onboarding processes.”

The number of firms focusing on data costs rose from 13% to 71% when the World Health Organisation declared a pandemic last March. Yet at the same time, appetite for blockchain declined in 2020.

According to regtech firm Rimes’ latest annual buy-side survey, which canvassed more than 100 asset managers, asset servicers and asset owners, fewer than 10% of firms are implementing blockchain-based solutions, while 56% stated they have no interest in the technology at all.

Out of favour
For some, implementing blockchain – or DLT – is creating a solution for a problem that doesn’t exist.

“Far too often, people get excited by DLT and they rush to find a problem for the technology, and it’s the wrong way round of doing things,” says Andrew Barnett, head of product strategy at Rimes.

Yet blockchain is core to Turn’s operating model. “The vital thing around this business is the solution had to be digitally neutral so that anyone could interact with it,” says Bond.

He adds that Turn is based on three principles: not-for-profit, industry-run, and strong corporate governance. Chaired by its members, not Tisa, it provides a framework to satisfy competition law.

Competition between firms, such as asset servicers, has often been cited as a barrier to the development of standardisation across fund processes. “Somebody might come along and say, ‘We can do it better for profit,’ and if they do, so be it,” says Mushens.

Though still in its early days, Turn has already shown a lot of promise. Getting more firms involved remains a priority.