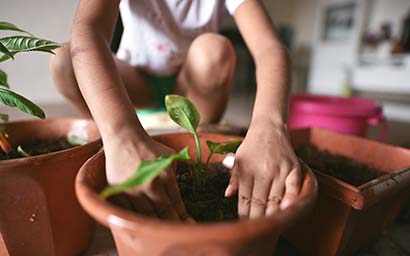 Tata Asset Management’s Rahul Singh examines the prospects for India’s economy in the wake of Covid-19 and finds that certain sectors have bounced back more strongly than others.

With hindsight, the Indian government’s cautious approach in providing explicit fiscal support (contained at circa 1.5% of GDP) despite arguably the strictest lockdown is now coming in handy as the relatively stable macro variables (current account deficit, fiscal deficit, INR/USD) has helped attract its due share of portfolio inflows.

Corporate earnings tell a similar story as the initial sharp cut in the FY22 [fiscal year 2022] earning forecast of 15-20% for BSE 200 has been followed up by almost a 10% upgrade from the bottom. In fact, the eventual FY22 earnings estimate may not look too different from the pre-Covid forecasts. This has been a result of multiple factors:

It is quite apparent that the top corporates in the listed universe have coped with, and bounced back from, the pandemic much better than the unorganised/informal sectors with the help of market share gains and cost cuts. In fact, the informal sector has been on the receiving end for the last three years with demonetisation, GST [Goods & Services Tax] implementation, an NBFC crisis and now Covid. It is here that the concern for GDP growth arises, as the informal sector accounts for the bulk of employment. A prolonged slowdown there would eventually impact consumption (60% of GDP in 2019) and economic growth. 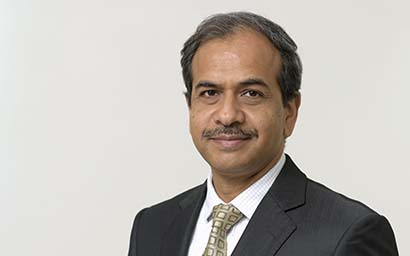 As a consequence, in order for the economic growth to sustain at 6-7%, the investment cycle, which has languished in the last decade, has to revive and play its role. In fact, investment rate as a percentage of GDP declined steadily from about 35% in the early 2010s to 27% by end of the decade. Job creation in the organised sector (manufacturing and services) remains key to sustain consumption beyond the post-pandemic recovery, which might have been partially helped by the pent-up demand.

It is in this respect that the three important levers required for a virtuous capex cycle seem to be falling into place – new global dynamics, domestic macro and proactive government policy.

Public investment
India’s fiscal deficit is likely to be at 7-7.5% in FY21 before normalising to about 5-5.5% in FY22 despite the severe impact of lockdown. While this is higher than some of the other Asian economies which were less impacted, the relatively frugal fiscal stimulus leaves room to crank up public spending on infrastructure and healthcare in FY22.

India has a pro-cyclical fiscal policy and that bodes well for public spending, with the nominal GDP growth rate likely to bounce back to the mid-teens in FY22. Increased public spending following higher tax revenue can add further to the GDP growth next year.

Meanwhile, the government’s seriousness when it comes to monetising and realising the value in public-sector enterprises through privatisation can provide the much-needed visibility for non-tax for the medium-term.

In addition, there is a need to fix the broken public-private partnership model and attract foreign capital in the infrastructure sector. The early signs are encouraging on both fronts.

Private investment
Changing geopolitical dynamics and the acceleration in the ‘China + 1’ sourcing strategy has started to show results for India. The government’s production-linked incentive (PLI) has witnessed remarkable early success and is likely to be widened to other ‘champion’ sectors.

It is interesting to note that the emphasis of the PLI scheme is on encouraging scale in downstream capacities, which will in due course lead to commensurate additions in upstream capacities as well.

In addition, stable domestic macro in terms of lower interest rates and liquidity support will aid greater risk appetite in the private sector, something that has been sorely lacking in the last decade. We are also witnessing green shoots in the capex cycle of the domestic centric sectors vis-à-vis cement, consumer goods and paints.

Household investment
Real estate sector in the past decade has been affected by oversupply and low affordability. However, Covid-19-induced lower mortgage rates (at multi-decade lows) have improved affordability significantly, given that the real prices had been declining.

In addition, developer discounts and tax cuts have catalysed genuine demand, as against the investor-led demand between 2003-10. The revival of real estate demand has many advantages, since:

In conclusion, Covid-19 has presented India with a once-in-a-decade opportunity to play a more critical role in the global supply chain. Supported by recovery in the real estate cycle and steady public spending, India has the opportunity to make the next decade its own, with much broader economic growth led by the investment cycle in addition to the base load of a large consumption base.