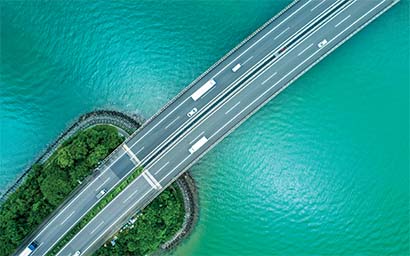 Infrastructure is correctly seen as a diversifier and source of stable returns. Pete Carvill looks at the UK’s needs and finds that despite the steep entry costs, there is a role for smaller pension schemes.

The need case for UK infrastructure investment has been set out several times already and is a problem recognised at all levels. The country needs better roads, schools, hospitals, broadband, and power supplies. For much of it, the government is unable or unwilling to foot the bill.

Even the average person on the street is aware of the gaps that need filling. According to ‘State of the Nation 2018: Infrastructure Investment’, a report from the Institution of Civil Engineers, three-quarters of adults believed that the country’s infrastructure improvements needed an injection of capital.

Money is needed here, and fast. In November, the government published its National Infrastructure Strategy. Its three objectives are to aid the nation’s economic recovery, to ‘level up’ the UK’s regions with the help of a Levelling Up Fund, and to have zero net carbon emissions by 2050.

There is money in there, too: an investment of £27 billion (€32.4 billion) in 2021 and 2022. This includes £5 billion to support a UK-wide gigabit broadband rollout, £250 million for digital networks, £5 billion for buses and cycling, and £4 billion for the Levelling Up Fund.

While this sounds good and is a step in the right direction, it does not go far enough. For the country to meet its climate goals, PwC recently estimated that infrastructure spending would have to double to £40 billion a year.

Legal & General went further in its 2020 ‘The Power of Pensions’ report, suggesting the size of the role for schemes to play. This includes pension schemes looking to manage their liabilities through the pension risk transfer market – a mechanism whereby a company can offload pension payments to an insurance company.

The insurer says in its report: “It is clear that pensions and the [pension risk transfer] market have a significant role to play in plugging the £1 trillion infrastructure funding gap. Domestic, sterling-based institutional investors such as insurers and pension funds are providers of long-term, patient capital, which is naturally aligned with the requirements of the UK infrastructure market.”

Sensible returns
Roger Pim, senior investment manager at Aberdeen Standard Investments, says that there has been increasing interest from funds in this space over the past year, despite the Covid-19 pandemic. They have, he says, realised that infrastructure has none of the volatility of being linked to the listed market.

“We’re looking to find very stable businesses with predictable, long-term cash flows that generate an attractive, sensible return. For funds, we’re trying to get 8-10%. It’s not about taking undue risk or shooting for the stars, and it’s that sort of approach that’s perfect for pension funds.”

Sumit Mehta, head of investment solutions at Legal & General, says: “From our perspective, there’s a very nice fit between what these assets offer and what they require in terms of the capital backing them.”

These are commonly held views. In November, the Treasury published the Infrastructure Financing Review. The Treasury says that some respondents to the report “felt that the infrastructure finance market is well protected from the impact of financing market cycles – infrastructure tends to have long-term cash flows and stable demand. For example, one respondent identified that, ‘long-term infrastructure equity investors – such as pension funds or sovereign wealth funds – do not have exit deadlines and can therefore take a long-term view; they are not as exposed to economic cycles as open-ended funds or the public markets’.”

Investing in infrastructure comes with a hefty price tag, often beyond the reach of a single fund. The price tags may also present too steep a buy-in price for the larger funds. For example, the Mersey Gateway Bridge that connects the town of Runcorn with its neighbour Widnes opened in 2017 after construction costing an estimated £600 million. Beyond that, its operating costs until 2044 are predicted to reach £1.86 billion – meaning just the price of that bridge, between two relatively obscure parts of the country, would seem out of reach for many schemes.

One solution may be that schemes come together, not only to pool their assets but also their expertise. Ted Frith, COO at GLIL Infrastructure, says: “We were set up in 2015 as a joint venture between the London Pensions Fund Authority and the Greater Manchester Pension Fund. The idea was that we would profit from pooling resources and capital, along with the obvious benefits of scale. When it comes to resources, you need quite a few people to invest directly in infrastructure.”

There are other methods by which smaller schemes can enter this space, including the pension risk transfer market. Legal & General’s ‘The Power of Pensions’ report estimates that between £150 billion and £190 billion could go into infrastructure investment over the next decade through pension risk transfer, including money from smaller and larger schemes. A smaller scheme is defined as being under £100 million.

“In many cases, transferring a scheme to another expert party, such as an insurer, can secure the investment returns for the pension commitments and prove to be cost-effective in terms of administration and other running costs,” the report says.

Regulatory changes also seem to be on the horizon from the Financial Conduct Authority (FCA) and the Department for Work and Pensions (DWP). The FCA in March last year altered the ‘permitted links’ rules to help unit-linked pension funds invest in a wider range of illiquid assets. This, obviously, could include infrastructure. At the same time, the DWP was looking to enable infrastructure investment through changes to the calculation of the default fund charge cap for automatic enrolment schemes.

Peter Bachmann, the managing director for sustainable infrastructure at fund manager Gresham House, says the UK government is realising again that it needs the private sector.

“These things happen in 20-to-30-year cycles,” he says. “In that time, the government thinks it can do everything itself. But eventually, it realises that everything costs more and has taken longer, so they then try to push the risk back on to the private sector.”

Bachmann would like to see the National Investment Bank take an approach similar to that of the Canadian government. “It used to be that the UK would say, ‘We want this and we want you to design it for us.’ But you would end up with half a dozen bidders spending a ton of money that they would then try to recoup in what they’d bid for a project.

“What Canada does is procure exactly what it wants. They design everything and then ask people to come back with their best prices.”

One of the big areas of investment interest currently is that of ESG and other green ventures. However, these projects are often expensive and need a lot of research and development. Pim would like to see a push from the National Investment Bank to develop the more complicated parts of this sector.

“It should help facilitate investment where the private sector is currently struggling due to the risk profile,” he says. “The example I’d give is hydrogen, which is a really interesting space. With wind or solar power, once you’ve built your farm, you produce electricity and it goes into a network where there is a demand for it. But you can’t sell hydrogen unless you have a demand for it.”

There is a lot to unpack in this sector, but there is a space for funds to invest in infrastructure: an alignment in investment goals, lower risk, and whether they can be included as part of an ESG strategy. The question is whether everything will come together as people hope, or whether it will all remain just a blueprint.