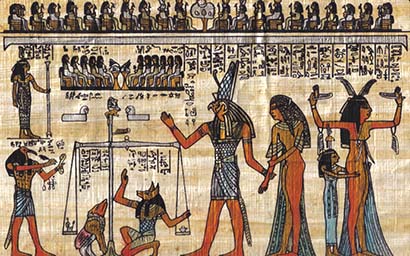 Can fund managers step up through ESG programmes and create a fairer society? Mirza Baig, an ESG leader at Aviva Investors, believes they can and explains to Nick Fitzpatrick how executive pay is one lever that can influence the outcome.

Scrutiny of chief executive pay is likely to intensify this year as investors with ESG engagement polices weigh salary, bonus, pensions and share awards against not only executive leadership, but the moral fibre displayed during the coronavirus pandemic.

Remuneration has always been an issue of governance within the ambit of ESG ever since the UK introduced a vote on executive pay at shareholder meetings in 2004 – the principle being that pay should align with shareholder returns. But Covid-19, in creating a more acute awareness of inequality, has given the gulf between senior management pay and that of their workforce a social dimension.

Coinciding with ‘High Pay Day’ in January, the UK’s Investment Association (IA) said that executive remuneration will continue to be an “important focus” for investors in 2021 as the coronavirus continues to impact the economy (see box, page 18).

Mirza Baig, global head of ESG corporate research and stewardship at Aviva Investors (and also chair of the IA’s stewardship committee), is fully sympathetic with the notion that fund managers and institutional investors might embrace the topic of societal fairness through pay votes at AGMs.

““I think we should have these responsibilities placed upon us. We should not only be delivering against investment return objectives but also using our clients’ money to help create a future environment they and their children would want to live in,” Baig says.

Executive pay is a microcosm of broader ethical issues in which corporations exist. Companies, he says, need to create a “more positive stakeholder model with a fairer distribution of value.”

But the issue with pensions was about fairness of treatment rather than constraining absolute amounts.

“There was a conscious decision not to touch the topic of quantum because it was seen in that period to be almost anti-capitalist. But that’s a key area that has evolved. Shareholders have started to ask, ‘How much is too much?’”

Pay is the “next frontier” and quantum is very much in play now. Baig says pay ratios between chief executives and employees are expected to trend down over time. In 2020, Aviva Investors voted against roughly 43% of pay proposals at more than 6,400 shareholder meetings.

A source of the “fundamental problem with executive pay” is the “artificially inflated, talent-pool problem”, says Baig, who explains that the gulf in pay between top bosses and their workforce is predicated on the assumption of a highly limited talent pool of senior managers.

“We question that notion. It is to do with diversity and the need to tap into non-traditional talent pools because if we did, the talent pool would broaden.”

But there also needs to be a fundamental conversation about the value a CEO brings to a company, versus that of employees. This, in particular, is driven by Covid.

“The portion of the pie allocated to the CEO needs a debate. Some CEOs are entrepreneurial and their leadership will determine success and failure. But they are the minority; most CEOs are managers and Covid is a good example of the misattribution of value to CEOs.

“When supply chains are disrupted and employees cease to be able to operate effectively, the business stops and there’s nothing that CEOs can do about it.”

The talent-pool problem and the debate about value are just two lines of enquiry. The third is to question remuneration committees’ mantra that generous executive pay is necessary to “recruit, incentivise and retain”.

“On incentivisation there is a fundamental question about what motivates a CEO. Pay is part of it, yes, but we are in a troubling scenario if that is the exclusive motivation. Reputation and legacy are surely a much bigger part of what motivates a CEO to succeed, rather than just a big payday,” says Baig.

Aviva Investors at the BT AGM last year voted through the resolution on remuneration. The CEO’s donation to health workers aside, voting in favour of the remuneration package was potentially a controversial decision, Baig says. BT had a challenging year. Investment in fibre optics was draining free cash. This made the telecom stock less attractive than other income stocks.

Further, BT rebased its dividend, something that would usually annoy shareholders. The telecoms giant also controversially proposed to scrap a long-term incentive plan for top executives in favour of another incentive: a restricted share plan, where executives receive fewer shares – but the pay-out is guaranteed. So, why did Aviva Investors vote in favour? The answer reveals how moral fibre and not just fibre optics played a role.

“We looked at what BT did during the Covid pandemic. Executives deferred pay and bonus; they suspended redundancies that were in train and increased pay for key workers. We trusted them. They moved to a restricted share plan, meaning they got a lower level of shares and met performance conditions.”

Litmus test
Airlines will be a “litmus test” for pay in the context of corporate governance and fairness, says Baig. Airlines are not only suffering structural changes due to climate change and a reduction in business travel, but some airlines also sought state funding during the pandemic and laid off staff.

“Airlines had to renegotiate pilot and cabin crew contracts. But we are not seeing an alignment of that at the executive levels, such as with bonus outcomes.”

Baig says important questions from an ESG point of view concern not only performance plans, but also the level of fairness with employees.

Societal fairness is now an ESG influencer. The blunt instrument to achieve it could be pay caps or sector-based limits. Baig is not certain yet. But the answer could emerge in 2021.