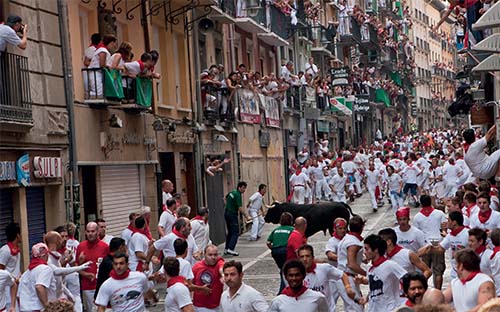 On a political level, Spain has seen ups and downs recently, with four general elections in as many years. But the asset management industry has been largely unaffected by the instability. In fact, it has been enjoying an ongoing period of growth, with overall assets under management reaching a record €277 billion in January.

A spokesman at Unigestion told Funds Europe the current economic environment, characterised by ultra-low interest rates, is a challenge for Spanish investors. “They tend to adopt a cautious approach and as a result, have focused on fixed income,” he says.

While the main investor profile in Spain remains conservative, the overall landscape is experiencing a small but fundamental change. Data from Observatorio Inverco shows the number of conservative investors has decreased from 65% to 55% since 2015. Meanwhile, in the same timeframe, the number of moderate investors has increased to 39% of the total.

Generally, younger generations such as millennials are less likely to be conservative investors, the report notes.

For boutique value fund manager Azvalor, longer-term growth prospects in Spain are looking positive. “At a European level, Spain is heavily characterised as a country with a lot of savings still being made in the form of bank deposits – around €800 billion,” says the firm’s founding partner, Beltrán Parages.

“Additionally, the average Spaniard still considers real estate as the first investment option. A historically strong culture of real estate ownership has not been affected by the 2008 crisis, although it is now much less speculative by nature,” he adds.

“That being said, the fund industry has a lot of room to grow, taking into consideration investment allocation at the European level. We could definitely envisage fewer future investments in deposits translating into growth for the overall industry. The sector is slowly but surely assimilating characteristics seen in Europe as a whole.”

Expanding horizons
The investment timeframe in the country has changed over the past eight years. The number of short-term investors has decreased from 33% to 15%, while long-term investors (investing for a period of more than three years) has grown from 15% to 35%, according to Observatorio Inverco.

Pictet Asset Management’s head of distribution for Iberia and Latin America, Gonzalo Rengifo Abbad, who is also a member of Observatorio Inverco, says this is surprising data. “Little by little, the investment profile is improving, and we are on the right path now, but there is a lot of work to be done still.”

Not only is the profile of the investor undergoing change, but so is the landscape – especially after the implementation of MiFID II, the second Markets in Financial Instruments Directive. According to Rengifo, the “tsunami” of growth in the industry happened after it came into force.

“Now the funds industry has completely changed in terms of what services and investment solutions are being offered in the market,” he says.

“The role of a financial adviser – whether they are independent or within a distributor – is much more important, and this is really relevant in this market at the moment,” he says.

Financial advisory services in Spain have developed from being an in-house product offering to one that is a more mixed bag of investment solutions. “This means that in Spain now, the bulk of the market is being channelled through profiled investment solutions,” says Rengifo.

The banking system still represents the main channel with regards to fund distribution in Spain, but there is a general move towards discretionary portfolio models, says CaixaBank Asset Management’s chief investment officer for Iberia, Guillermo Hermida.

“The banks are making a great effort to try to guide their clients towards discretionary portfolio model (DPM) contracts with an explicit fee for the asset allocation advisory and the use of clean share classes as underlying in the construction of portfolios,” he says.

Most new inflows for the industry have come through this vehicle, he says. It is estimated that around one-third of assets in Spain belong to these products, up from less than 5% three years ago, according to Hermida. “We forecast that more than half of the total assets of the industry will come from DPMs, which will be the main driver of growth in the near future,” he adds.

Sensitive to volatility
But the Spanish funds industry can be fragile in the face of external influences. What could really hurt fund distribution is the market environment, according to Philip Kalus, founder and managing director of Valencia-based research firm accelerando intelligence.

“Once the going gets tough,” he says, “banks will move very fast to switch where the money is. They’ve done that a few times in the past, and it can really put a stop to growth.

“We’ve seen an incredible bull market, and a very long one. It’s natural that it will come to an end someday. In Spain, we see slightly higher sensitivity towards volatility than in other more mature, larger markets – and when people get nervous in Spain, they can be very quick to reallocate their money. The end of a bull market and significantly increased volatility can really harm the Spanish asset management industry.”

It is not just investors in the country that are conservative in their investment actions, but also the banks themselves. Kalus points out that even during a funds industry growth period, there have been times of volatility. Fund of funds growth slowed down, while flows into bank-owned guaranteed funds increased again.

In terms of the winners within the industry, innovation will be key, according to Pictet’s Rengifo. “MiFID is putting a lot of pressure on this, and it’s a cascade effect. The regulator wants everybody to be more efficient with fees. There’s a lot of pressure on fees at the moment, which means you have to be innovative or agile. The industry is facing a big challenge now in this sense,” he says.

A dynamic industry
Unigestion’s spokesman, who did not wish to be named, said: “In order to be excellent, you can either invest internally on your investment management capabilities or inevitably one will have to delegate the management of certain asset classes and/or specialised investment strategies to third parties.”

The industry itself is a dynamic one, according to Kalus. “The Spanish asset management sector is pretty agile. In large parts it has very good leadership, and now they’re really getting into ESG [environmental, social and governance], which is long-established in the Nordics, the Netherlands, and France. Sometimes it takes them a long time to do something, but when they do, they do it really well.”

Indeed, sustainability is another key theme that is dominating the Spanish industry at the moment. CaixaBank’s Hermida explains that investors in Spain, just like the rest of the world, are increasingly concerned about the impact of their investments.

Political noise
Spanish politics has had no effect on the funds industry, Funds Europe is told. But politics is being watched closely since last year’s general election.

“Overall, the market has received the new political leadership with caution, with no big movements either way,” says Azvalor’s Parages.

Although Pictet’s Rengifo is positive about the financial advisory route the country has started, he is less optimistic about the political landscape. “The new government wants to finance its social programmes through increases in taxes,” he says.

“Rather than incentivising savings, or savings-related capital gains, they want to increase them.”

The government is also discussing a review of the tax treatment of voluntary pension funds as well as regulations for investment vehicles in Spain.

“It’s going to penalise the economy,” says Rengifo. “This is not a political opinion, it’s only from an economical point of view: if you increase taxes for both people and companies, and you start changing regulation, that could mean companies and people will have less capital expenditure and therefore consume less. If there is less capital expenditure and less consumption, then growth rates will start to deteriorate.”