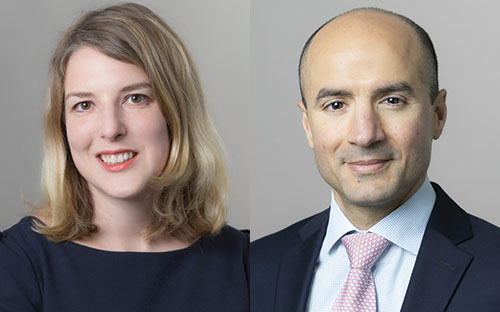 For some time now it’s been common to see Cayman and Luxembourg teams regularly working alongside each other on fund deals, but there’s no doubt this is increasingly becoming a feature of cross-border structures. Non-EU managers, such as those in the US and Asia, seeking access to European capital are more frequently looking to Luxembourg parallel structures due, in part, to their flexibility and the features that Luxembourg limited partnerships share with the Anglo-Saxon model.

Luxembourg limited partnerships, for instance, are increasing in popularity as a parallel structuring option, being comprehensible in structure and functionality for managers (and investors) with experience in the Anglo-Saxon market, and providing comfort with respect to limited liability of investors.

An appetite for large fund raises from a diverse pool of investors acts as stimulant for managers and sponsors (notably US and Chinese initiators), who are making use of sophisticated global fund structures with Luxembourg and other offshore vehicles constituted as parallel funds to the main fund.

In advance of any launch, though, certain components to the overall model must be considered. First: sponsor return. In an offshore context and standalone structure, the sponsor usually receives its return by way of inter alia advisory and management fees or promotion fees to the general partner, and/or by the establishment of carry vehicles. In a parallel structure the flow of fees through the structure can potentially be more complicated.

Then there’s co-management. Although the Luxembourg parallel will in many respects replicate the terms of the main fund as it will have a common investment strategy and inter alia invest or divest in the same portfolio of assets, each is a separate legal entity and the Luxembourg vehicle will need to be compliant with the requirements of EU regulatory law.

Thus an EU AIFM may work alongside a Cayman manager, and each participant in the structure will need to have a keen understanding of its role and the overall functioning of the model, so as to ensure the confluence of the various limbs into one smoothly operating whole and avoid functional conflicts.

Finally, there are costs. The establishment and ongoing administration of separate entities in multiple jurisdictions can add to the cost burden on the structure. Although less of a concern for sizeable funds, for smaller funds the sustainability of the structure should be carefully reviewed. The regulatory impact in the context of investment decisions/substance requirements in relation to the Luxembourg parallel must be understood by the non-EU main fund.

Notwithstanding the complexities inherent to a fund structure with parallel funds, there are inescapable benefits. Increasing the variety of options a parallel structure can make available to a far greater pool of investors (and capital) is a huge benefit, giving investors the ability to participate through a fund that is best suited to their risk, regulatory, jurisdictional and tax appetites.

In addition, the impact of AIFMD may be restricted to the Luxembourg parallel without any regulatory scope creep with respect to the non-EU main fund. As non-EU managers look to address the needs of different global investor groups, we would fully expect structures that include parallel Luxembourg vehicles to maintain their upward trajectory.