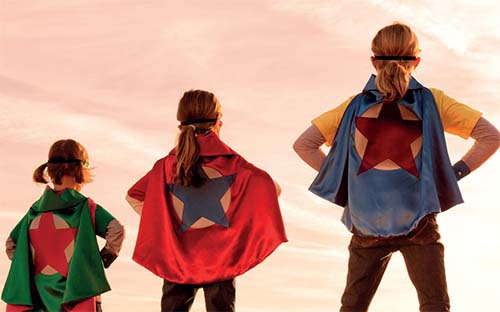 As providers of outsourced compliance services, what reassurances can ManCos give that they are not conflicted by their relationships with fund sponsors? Nicholas Pratt investigates.

A ManCo is essentially an outsourced compliance function that is meant to give investors and regulators comfort that fund governance is carried out independently and to a high standard. But providers are paid by fund management firms – in other words, those they are meant to be keeping in check.

A ManCo’s responsibility is especially great for those that have assumed so-called Super ManCo status, whereby they are licensed to manage both Ucits funds and alternative investment funds (AIFs). But over the past 12 months, amid the fallout from the Neil Woodford investment fund implosion, ongoing uncertainty around Brexit and some funding and staffing issues at prominent providers, the ManCo model is coming under greater scrutiny than ever before.

More questions are being asked of their balance sheets, operating models and human resources. Regulators want to ensure capital adequacy, rule out conflicts of interest and satisfy themselves that there is genuine substance in terms of staff and expertise.

But the ManCo providers, unsurprisingly, are adamant that the model itself is not under threat, even if not all providers will make it through the year in their current form.

One of the big issues facing ManCos stems from the Woodford Equity Income Fund blow-up in the UK. The fund uses an Authorised Corporate Director, The ‘ACD’ is broadly comparable to a ManCo in providing a compliance infrastructure and also playing a part in the oversight of a fund.

The question created is about whether the ManCo model is effective, or if there is a potential conflict of interest between the ManCo’s oversight role and its commercial relationship with the fund-manager client.

The ManCo providers accept that there are more questions being asked of them. “Whenever something important happens in the market, you get questions that challenge your model. Clients want to be sure the same thing won’t happen to them,” says Xavier Parain, chief executive of FundRock, a ‘Super ManCo’ provider.

But providers refute the notion that their operating model is conflicted. Parain says that FundRock is working with the European Securities and Markets Authority (Esma), which has issued guidelines on liquidity management that Parain says is a good step to managing the liquidity aspect that affected Woodford.

Parain also says that FundRock’s structure should ease any concerns about capital adequacy. “We are not a bank or a depositary. We do not hold any of our clients’ assets on our balance sheet and we are not a systemically important entity.”

As for the potential for conflicts of interest, Parain says ManCos need various ‘red lines’ drawn up to show they do not have portfolio managers, for example. He also says FundRock does not provide any banking or lending services to clients and its risk managers operate independently from the clients’ portfolio managers.

Effective oversight
There are no obvious conflicts of interest with ManCos in the sense that their core business is to perform governance and oversight of funds for investors and other actors, including the asset managers. Sean O’Driscoll, Luxembourg head of Universal-Investment, another ManCo provider, says these factors mitigate operational and reputational risk.

“In our view, the concept of the third-party ManCo reduces the risk of conflict of interest as the ManCo responsible for the oversight and governance is disconnected from the asset manager/fund sponsor – which is more favourably received by the fund’s end investors,” says O’Driscoll.

The issue then becomes whether the ManCos are effective at dispensing their oversight role, something that Esma and other European regulators have sought to address through substance requirements. These measures, first introduced in 2017, are designed to ensure that ManCos have sufficient senior staff and are not empty shells or ‘letter-boxes’.

The substance requirements are also a reaction to the highly accelerated growth of the ManCo market. In Luxembourg alone there were 429 ManCos employing 5,700 people at the end of 2018, according to PwC’s ‘Observatory for Management Companies’ 2019 report.

Furthermore, figures from the Association of the Luxembourg Fund Industry published in March 2019 showed that half of these firms had less than €1 billion of assets under management (AuM) representing just 12% of the total AuM for Luxembourg’s ManCo market. Just six ManCos in Luxembourg had more than €25 billion in AuM.

Meanwhile, the Central Bank of Ireland has received more than 100 applications from UK-based firms wanting to set up ManCos across the Irish Sea to ensure Brexit does not affect their ability to operate cross-border funds.

And while the ManCos welcome the idea behind these requirements and the fact that it might lead to a more harmonised market across the EU, they also recognise that it is putting an additional strain on the market. “Given the additional requirements and in particular the increased on-sight controls that the regulator is implementing, it is becoming more expensive to run a fully compliant operation and to provide a quality service when you act as a service provider,” says Daniela Klasén-Martin, group head of ManCo services at Jersey-based Crestbridge.

This inevitably requires scalability of operations, which is more challenging for the smaller players. However, Klasén-Martin makes the distinction between third-party ManCos dealing predominantly with Ucits funds and those focused more on alternative assets. “In the latter case, managers expect a more tailor-made approach that requires specific expertise in the asset class and it is therefore less commoditised.

“Therefore, I think we will see a market composed of a few bigger players delivering standardised services and offering plug-and-play platforms, and a few medium ones who focus on alternative assets and deliver more tailor-made services. In both cases, investment in systems and process optimisation will remain necessary to scale the operations and maintain margins,” she says.

Staff turnover
Some large ManCo providers have seen a high turnover of staff and a loss of mandates while others have sought safety through consolidation. In November it was announced that two of the biggest ManCo providers in Luxembourg, DMS and MDO, plan to merge and there could be more to follow.

“The fund service market is still very fragmented, and we expect consolidation to continue,” says Universal’s O’Driscoll. “We do not believe there is a concentration risk but anticipate consolidation as something necessary to enhance efficiency and reduce cost.”

This is inevitably leading to a skills shortage, says Greg Kok, head of group ManCo for JTC. “Regulators want to see more substance and to ensure that expertise is matched to asset classes. But the workforce is struggling to meet this demand, leaving a scramble for staff and inflation in associated cost. I do expect these factors to create pressure or inflation in the ManCo cost model.”

There is a talent shortage already, adds O’Driscoll. “We have ramped up our capacities in sales, risk management, reporting and governance in the last months, but hiring the right people has become a challenge as we all compete for the same resources.”

In saying that, Luxembourg benefits from a highly skilled and international workforce with a strong multilingual community and is an attractive workforce, says O’Driscoll. FundRock’s Parain says he is more optimistic about the skills shortage than in previous years, highlighting the importance of EU passporting for the portability of its staff.

The way to get around the challenge is to invest more in mutualising processes, says Kok, combining services for both Ucits and AIFs where possible, such as oversight and administration and separating the more complex tasks such as risk, portfolio management and valuation.

Meanwhile, Universal has focused on technology, hiring new heads for digital transformation and innovation to support its digital aspirations. “To be a trusted partner of choice, ManCos will need technology to provide scale and perform governance at the highest level,” says O’Driscoll.

Go back in-house?
All these pressures will lead asset managers and pension funds to challenge their providers and question the delegation function, but Kok does not think it will lead them to take the ManCo function back in-house. “I think it will go the other way in that more asset managers will look to trusted third parties as the industry continues to evolve,” he says.

For example, at the height of Brexit uncertainty two years ago, a number of asset managers, such as M&G Investments, set up their own ManCos, mainly because they were uncomfortable with the lack of choice in the third-party market, says Kok. “Now, though, the third-party providers have two more years on their track records while fund managers may well be asking themselves if they want to be in the ManCo business.”

And while the number of providers may well decrease in the next 12 months and beyond as cost pressures and substance requirements become more demanding, Kok still believes the market will grow rather than contract, albeit with fewer players managing more assets.

But, ManCo providers can be assured that they will now be competing under a much more intense spotlight and fund managers and regulators alike will be paying much more attention to reports of mergers, lost mandates, emergency funding or staff departures in the next 12 months.