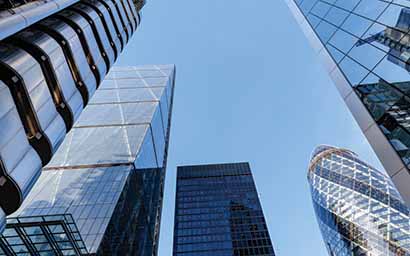 Feelings towards the UK equity market a month before the country’s possible departure from the EU seemed to be characterised by a strange level of calm, despite the recent history of Brexit uncertainty. This calm is reflected by inflows to exchange-traded funds (ETFs) that invest in UK stocks – not just recently, but back to when the Brexit vote divided the nation.

Adam Laird of Lyxor ETF has looked at Bloomberg data and found that since the referendum in 2016, there have been consistent purchases across Europe of UK equity ETFs.

“Even this year, there has been almost €1 billion into UK equity ETFs,” says Laird, who is head of ETF strategy for Northern Europe at Lyxor. Again, the inflows are from across Europe, though Laird expects a higher proportion of the flows will be from UK investors expressing a traditional home-market bias.

One reason for the calm, Laird believes, is the fact that the UK stock market has shown a dependable ability to deliver annual dividends of around 3.5% over the long run.

Perhaps in many investors’ minds, this outweighs the uncertainty stemming from the British parliament’s antipathy to Theresa May’s EU withdrawal agreement. If politicians won’t back the prime minister’s agreement, the worry is that the UK could tip into recession.

Another fact often highlighted is that, given the largely multinational nature of its earnings, the UK large-cap market is insulated from the UK economy. Laird recognises this, and that these earnings translate favourably into sterling, which Brexit has devalued. 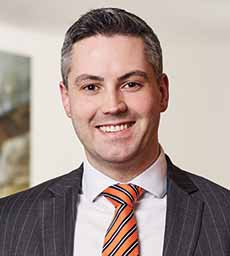 He also believes investors are more comfortable with broader market risks: not just the local threat of Brexit, but wider geopolitical and economic risk. “The UK’s problems and dangers have been well known for some time and more investors are sensing risks are priced in,” he says. “As [the official leaving date of ] March 29 approaches, movement has accelerated this year and perhaps it is down to investors who are hoping for a postponement of Brexit or a last-minute deal.”
Maybe investors sense a ‘Brexit bounce’ if the UK avoids a March 29 cliff-edge fall away from the EU.

A big surprise
Whatever the case, there are high hopes for the FTSE 100, which is tracked by ETFs such as the Lyxor FTSE 100 Ucits ETF and iShares Core FTSE 100 ETF.

At the end of last year – a year in which UK equities and many other assets underperformed – Nick Dixon, investment director at Aegon UK, predicted that the FTSE 100 will be 2019’s best-performing global stock market. “The UK stock market has underperformed other stock markets since 2015 and now offers very attractive relative value. Clarity on Brexit and even modest domestic growth will provide catalysts for the UK market to close the valuation gap with other stock markets,” he said in December. “The FTSE 100 could be the big surprise of 2019.”

So good might the outlook for the UK be, in fact, that he said the biggest risk investors based in the UK faced was a rise in the value of the pound – something that could weaken the case for large-cap index investing, as exporter revenues would then translate less well into sterling.

The pound in December 2018 was in the bottom quartile of its ten-year range, but with an agreement remaining “the most likely outcome”, then the greater trading certainty that this would provide and the market’s higher confidence in the UK would normally lead to a higher sterling value.

In fact, during the first two months of 2019, the pound did increase in value, so much so that Christopher Gannatti, head of research, Europe, at WisdomTree, described it as “remarkable”.

“This indicates that the participants in the currency market are predicting that some sort of a deal will materialise at the 11th hour,” he told Funds Europe. “If this wasn’t the case, we would figure that the [pound] would be trading much lower than current levels and not appreciating in the way that it has this year.”

Half-and-half
If sterling strengthened, making large-caps less attractive, then the FTSE 100’s loss could be smaller companies’ gain – those in the iShares MSCI UK Small Cap Ucits ETF, for example, which are more exposed to the domestic economy. 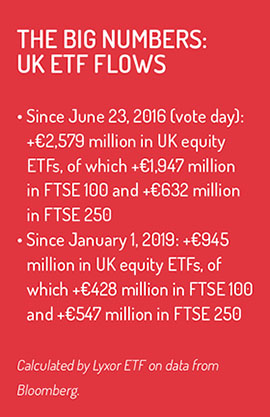 Other stocks to benefit could be some of those mid-cap companies in the FTSE 250, which the Vanguard FTSE 250 Ucits ETF tracks. The 250 index happens to be constructed of companies whose revenues, collectively, are about half domestic and half multinational.

Interestingly, the FTSE 250 has seen a significant decrease in short-selling. A month before the referendum, the amount of shares on loan as a percentage of market capitalisation was 1.6%. It was 2.1% a year later and up to 2.6% at one point in March 2018.

Samuel Pierson of IHS Markit, which provides the short-selling data, confirms there has been a general decline in FTSE 250 equities available for shorting, but points out that part of the higher demand a year ago was to do with certain corporate action trades. He adds that the decline in short selling could still indicate uncertainty in the economy and not necessarily more comfort.

Going long?
Back in the world of long investing, WisdomTree’s Gannatti says that from the beginning of 2016 to February 22, 2018, both large and small-cap UK equities “didn’t do too badly”, even with the uncertainty of Brexit.

Measured in sterling, the FTSE 100 Index was up nearly 9% per year and the FTSE Small Cap Index was up 8.4% per year. This more than doubled the average annual performance of the MSCI EMU Index measured in euros over the same period.

However, performance was not as good as either the MSCI Emerging Markets Index or the S&P 500 Index, where returns were well into double digits, Gannatti says.

In 2019, up until February 22, the FTSE 100 Index and the FTSE Small Cap Index underperformed not only the S&P 500 and MSCI Emerging Markets, but also the MSCI EMU Indices.

Gannatti adds that from client discussions, “we don’t expect much in the way of UK-specific allocations”.

It is understandable that investors might want to limit or avoid the UK stock market at present, but it could also be a lost opportunity, if not the greatest. Colin Morton, another active manager in UK equities who works for Franklin Templeton, has also written on UK equities recently. He believes that in five or ten years’ time, Brexit may not have proven the major concern that it seems today.

“In fact,” he says, “we reckon that five years down the line, investors might look at some of these current valuations and think what a great buying opportunity it was.” 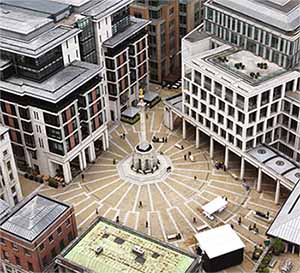 Active managers will, of course, not buy an entire index like an ETF, but be more selective about the stocks they own. Nevertheless, this is what three of them have said about FTSE stocks in recent weeks.

At the end of 2018, Sue Noffke, an active fund manager of UK equities at Schroders, wrote that should a ‘no deal’ Brexit be averted, there would likely be an upwards movement in sterling and a re-rating of the market, which would be “particularly beneficial to those UK domestic companies that have suffered a severe de-rating over the last two-and-a-half years”.

Since the beginning of the year, feelings toward UK stocks have been coloured by pessimism, according to Alex Wright, portfolio manager of the Fidelity Special Situations Fund. He described the UK domestic market as “deeply unloved”. Yet he has also increased his own exposure to domestic stocks.

“Opportunities can be found across the market, among international as well as domestic businesses,” he wrote in February, saying he was struck by the sheer number of stocks across different sectors whose valuations suggest “significant asymmetry of risk and reward over the next two to three years”.

Also in February, Luca Paolini, chief strategist at Pictet Asset Management, said the firm was generally overweight on emerging market-linked equities, as growth there is holding up much better than in the rest of the world and valuations look attractive.

He added: “We are also overweight UK equities. Although Brexit is a concern, UK blue-chips are attractive on several fronts.”

Larger-cap UK equities offer exposure not only to many established international firms, but also to a relatively high number of defensive stocks that typically do well in the latter stages of the economic cycle, he said.