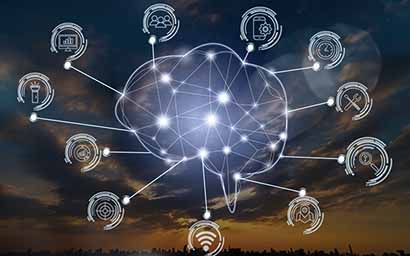 Hani Kablawi heads BNY Mellon’s asset servicing business. Here, he talks to Nicholas Pratt about resetting global custodians’ relationship with fund managers and how data usage is a part of that change.

When Hani Kablawi took on the role of chief executive of BNY Mellon’s global asset servicing business in November 2017, the first thing he did was embark on what he calls a global listening tour, visiting some of the bank’s clients to find out “how well we were doing, and what more we should be doing”.

Kablawi, a 20-year-plus veteran of the world’s largest global custodian, was promoted to his new role as part of an executive reshuffle and departmental reorganisation at BNY Mellon that saw the custodian-asset manager divide its investment services unit into three new divisions: one unit covers clearing, markets and clients management, another is for issuer services, and then there is asset servicing.

The asset servicing industry has undergone its own reshuffle in recent years. The relationship with fund managers and asset owners has been under strain as global custodians have dealt with the fallout from scandals around foreign exchange rate-rigging and inflated fees, rocking the normally steady world of asset safekeeping and segregation.

Meanwhile new technology, such as robotic process automation and blockchain, is threatening to reinvent post-trade services to the point where traditional service providers and their record-keeping systems are no longer needed.

And then there is the ongoing cost pressure caused by the need for continuous investment in new technology that is allied to the ever-reducing margins.

Real-time exposure
The growing demand for data is one industry trend that has worked in favour of asset servicers, because they hold much of that data within their own systems and are keen to use it as a selling point. Fund managers want better, faster and more granular operational data, says Kablawi.

“It is being consumed by risk managers and portfolio managers not just daily but intra-day and close to real-time. In the past, we may have provided intra-day custody data, but now managers want intra-day access to the accounting process, so more of our capabilities are being exposed in real time.”

As the dissemination of data becomes more immediate, its relevance moves up the value chain from operations departments to risk, distribution and portfolio and treasury management functions, says Kablawi.

This is indicative of the changing relationship between custodians and their clients and the wider consumption of data across an organisation. Whereas previously, the point of contact was the operations head, and still is to a degree, now there is a greater involvement from heads of distribution or risk, or from the fund managers themselves. 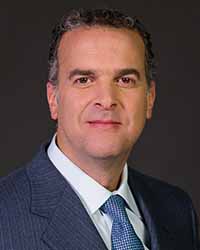 One example of this development is the transfer agency (TA) process, which is essentially a record-keeping service for mutual fund shareholders.

“Through TA, we have real-time access to subscription and redemption data that can be turned into real-time liquidity data used by portfolio managers and treasurers to make funding decisions quicker,” says Kablawi.

But how much of this development is down to a genuine demand from fund managers, rather than asset servicers looking for a new way to monetise the data they hold?

Kablawi says there is a genuine demand from portfolio managers when the subject of data is raised. However, there are perhaps not enough of those conversations taking place yet. “It is a work in progress,” he says.

One factor that could influence the development of data-related services is the growth of third-party data aggregators and the use of application programming interfaces (APIs). For example, in the retail banking world, the EU’s Payment Services Directive II has mandated that banks must make their customers’ account details available to third-party payment providers in what has become known as ‘Open Banking’.

Could a similar development take place in the asset servicing world where third-party data service providers are given access, on the request of the fund manager or asset owner, to that valuable record-keeping and custody data? And what does that mean for asset servicers?

Kablawi argues that any competitive threat would be outweighed by the operational efficiency created by APIs. “Seven to eight years ago, an asset owner typically used multiple custodians and sometimes employed an external data aggregator to accept and manage all that data from the different custodians,” says Kablawi. “Back then, we built custom file feeds to give access to that data, but now it can be done by APIs.”

This development makes for a much more efficient process with standardised file formats, lower operational costs and greater economies of scale, he argues. Furthermore, the use of APIs also makes it much easier and quicker for asset managers to change providers, thereby meeting one of the demands of the UK Financial Conduct Authority’s (FCA) ongoing ‘Dear CEO letter’ campaign.

“The more efficient the process, the more attractive the economics, the more choice clients have, the less time it takes to change providers, the less dependent they are on one provider and the industry becomes more systemically resilient.”

To that end, Kablawi says he would like to see more work done on developing standardised API formats and data fields to make the information handover from one provider to another much more clean and quick.

Lessons learned
The FCA’s Dear CEO letter campaign was sparked by some of the less successful outsourcing deals between global custodians and large asset managers of the early noughties. Kablawi says that lessons have been learned and outsourcing has become much more than a middle-office or investment services offering.

“Everybody was mistaken in thinking that they could take that lift-out capability on the road. That did not happen for anyone and the industry is littered with platforms that only serve one client in one part of the world. Those things have not worked so we have gone the way the rest of our business has gone – modular, standardised and functional,” he says.

For example, a client may be looking for someone to manage their corporate actions, derivative processing, collateral management or investment book of record (the Ibor). “Each of these services should be offered on a standalone basis that is profitable, repeatable and scalable,” says Kablawi. “By doing that, you have a capability that is economically viable.”

It is not just asset servicers that have learned from the outsourcing mistakes of the past, he adds. Asset managers have also matured in their thinking. “Cost is important but they also want to reduce their technology footprint and in-house baggage and they want to use providers that are agile and use cloud-based technology.

“Investment managers, COOs, CROs, CTOs and CIOs are sitting alongside each other more than previously. Siloed departments are increasingly a thing of the past. Consequently, portfolio managers are more open to compromise on things like standardised data formats rather than insisting that performance or client reports are delivered in a certain way.”

Such is the cost pressure facing investment managers that there is an opinion that some may be better served by outsourcing every operational aspect bar the stock-picking or asset allocation, raising more questions about the asset servicer’s role in such a scenario.

“The industry has to evolve to provide clients with choice and quality at a good price,” says Kablawi. “Those that can do all of that at a lower cost will continue to be an active part of the industry. That’s a good thing and we should all be aiming for that. I am not rooted in the preservation of the industry’s past. I am much more interested in what makes sense for the client,” says Kablawi.

Are fund managers starting to look beyond the traditional global custodian for some of these investment services, given that we live in a more agile world populated with fintech start-ups? “It is a very relevant question that keeps us on our toes and that’s a good thing,” says Kablawi. “There are niche providers emerging in certain markets, which keeps us focused on the task in hand – digitise, modularise, optimise and provide a better-quality service at a lower cost.”

The emergence of these niche providers has led to a change in the view of many incumbent service providers, viewing the fintechs as less of a possible source of disruption and more as a potential partnership opportunity. “We recognise that we don’t have a monopoly on good ideas and there are many fintechs out there with great ideas while we are sitting on the data,” says Kablawi. “That is a compelling combination.”