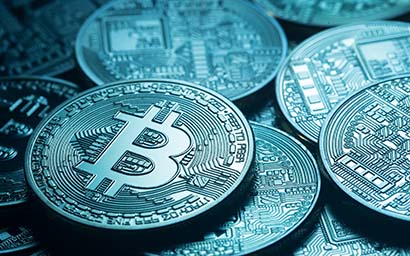 Within two years, blockchain could be a standard part of asset management. Fiona Rintoul considers the regulatory hurdles that might lie ahead.

It is not hard to find enthusiasts for distributed ledger technology (DLT), commonly known as blockchain, in the asset management industry.

“I love the technology,” says Benjamin Collette, an advisory and consulting partner at Deloitte Luxembourg. “The technology is fantastic and it will have a huge impact on the industry.”

At the same time, the technology is new and strange and so it raises questions – not least for regulators. The standard response to questions about the regulatory implications of any new technology is: regulators don’t regulate technology; they regulate business processes.

So says Olivia Vinden, principal at Alpha Financial Markets Consulting. But what if the technology changes business processes?

You could argue that this is the case with the best-known user of blockchain technology: initial coin offerings (ICOs). ICOs change the way companies raise money by allowing them to sell tokens to investors rather than shares.

Buyers of tokens don’t get any ownership rights or entitlement to a dividend in return for their investment, as they would if they were shareholders, and regulators have been antsy about this development.

“The SEC (Securities Exchange Commission) has warned investors that ICOs can have high risk and that there may be issues in terms of the tax associated with them,” says Steven Libby co-chair of the fintech forum at the Luxembourg funds industry association, Alfi.

Internationally, the regulatory response to ICOs has been heterogeneous. In the US, the SEC has released a ruling stating that some of the tokens will be subject to securities regulations, says Libby, while China, South Korea and Vietnam have issued bans on ICOs. Japan, meanwhile, has a strong footprint in the cryptocurrency Bitcoin.

“What you see is the biggest countries in Europe trying to look at this jointly,” says Libby.

Of course, the applications of blockchain in asset management go way beyond cryptocurrencies. But the response to ICOs paints a picture.

“Emerging technologies such as DLT bring with them lots of interest, but the regulators are trying to understand how to regulate them,” says Libby.

Next year, a new field of engagement will open up when the Australian Stock Exchange replaces its current clearing system with blockchain technology. Digital Asset Technology, which is run by former JPMorgan Chase executive Blythe Masters, has built and tested the new software.

“It will be very interesting to watch how that works,” says Vinden. “They have been doing two years of proof of concept.”

Next year, Calastone is going to move everything that powers its global fund transaction network on to blockchain. Clients that wish to use blockchain will be able to do so from next year, though Andrew Tomlinson, chief marketing officer at Calastone, concedes that building the technology and getting people to use it are two different things. This is particularly the case in the asset management industry where, somewhat unbelievably, many fund orders are still sent by fax with attendant errors and delays.

To support the case for more streamlined fund processing, Calastone can also produce a wealth of statistics. It recently released a study compiled by Forrester that measures the financial impact of its existing network on the global mutual funds market. “Going forward, we believe migration to blockchain could generate £1.9 billion (€2.1 billion) of cost savings per year,” says Tomlinson.

With so much emphasis now on cost transparency and reducing costs to investors, Calastone’s figures ought to be music to the regulators’ ears. Certainly, for the asset management industry, which has traditionally been slow to adopt new technologies, streamlined fund processing is an idea whose time may have come. Low interest rates and fund performance that hasn’t necessarily been stellar mean asset managers are more interested than before in tackling a high fixed cost base.

“The cheapest way to make fund performance improve is not to spend money,” says Vince Lucey, programme manager at Calastone.

However, this does not mean that all the questions around using DLT in asset management have been answered. Regulators’ current position on blockchain-powered fund processing is perhaps best described as ‘wait and see’.

“The regulators observe with attention but don’t do anything yet,” says Arnaud Zeitoun, global head of transformation at BNP Paribas AM. “They are very engaged in what we are doing but as interested observers.”

Certainly, this is the line taken by the UK’s Financial Conduct Authority (FCA). In its December 2017 feedback statement on its discussion paper concerning DLT, the FCA states that: “It is currently premature to fully appreciate potential DLT–related changes in the securities market as this technology is still evolving.”

No DLT-related rule changes are proposed at present. However, the FCA intends to monitor market developments and engage with stakeholders to ensure its rules are keeping pace with technological developments.

This is as you might expect since blockchain-powered technology is “simplifying the value chain but doesn’t change anyone’s role”. But, says Zeitoun, the next question is: does it change the value chain for investors?

That rather depends on how platforms organise themselves. Will they be run by asset managers or by transfer agents – some of whose services could be made redundant by the new technology? The answer is that nobody knows yet.

“There will be a lot of different initiatives and nobody knows why one platform will win,” says Zeitoun. “What the regulators are interested in when we say we are using blockchain technology is that it respects the industry requirements of all sectors.”

In some ways, DLT makes it easier for regulators to supervise market participants because data written to a blockchain is immutable.

“Regulators are quite excited about it,” says Vinden. “It should make things easier.”

‘Trusted entity’
But there are still concerns in the asset management industry about DLT. The whole concept of a distributed ledger goes against the way the industry is organised at the moment, which is based on a single owner of assets, a single holder of the registry and a single agent who is supposed to keep the assets safe.

“If you think about how the law has been written for financial services, it relies on the notion of a single trusted entity such as a custodian bank or depositary bank,” says Collette. “The regulators even went as far as imposing a depositary bank under AIFMD [the Alternative Investment Fund Managers Directive]. This idea of a single entity is opposed to blockchains’s distributed ledger approach.’

On blockchain, data is safe because it is copied everywhere, says Collette. Embracing DLT – for the industry and for regulators – means relating to that idea and the benefits of a distributed ledger. The industry is not quite there.

“I don’t think we in the asset management industry have worked out how to have distributed ownership of software,” says Vinden.

She also highlights another problem for asset managers on blockchain: how to manage the cash part of a transaction.

“For that you need digital cash,” she says. “However, at the moment we don’t have any national currencies that are digital, so people tokenise.”

Blockchain technology is still immature and the industry is on a steep learning curve with it, but the moment is perhaps ripe for DLT to flourish. While asset managers have been spending up to 80% of their change budgets on regulation in recent years, they are now diverting significant resources into technology, says Vinden.

It is perhaps this shift that persuades Collette to make optimistic predictions for the future.

“I am convinced that within 12 months we will see solutions on the market,” he says. “Within 24 months, blockchain will be standard in the industry.”