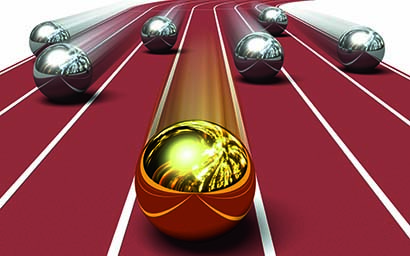 Funds Europe talks to VanEck’s Philipp Schlegel about the benefits and simplicity of moat investing.

The term ‘economic moat’ was coined by legendary investor Warren Buffett in 1999 to refer to companies with a long-term advantage over their competitors. Just as the moat around a medieval castle served as a vital form of defence against marauders, economic moats are sustainable competitive advantages that keep competitors at bay, protect their business model and create steady earnings.

The firm has become a strong proponent of moat-based strategies, especially for investors looking for something more sophisticated than traditional index tracking and more consistent than smart beta or factor investing.

Independent investment research company Morningstar has looked to refine the moat concept by developing a dedicated rating methodology ranging from “wide moat” for companies likely to sustain their advantage for twenty years or more, “narrow moat” for at least ten years and “none” for those with either short-term or no structural advantages. Morningstar has also listed five sources for identifying moats – intangible assets, cost advantages, switching costs, network effect and efficient scale.

Meanwhile in 2015, VanEck developed an UCITS ETF based on Morningstar’s Wide Moat Focus Index: the VanEck Vectors Morningstar US Wide Moat UCITS ETF (ISIN: IE00BQQP9H09). Schlegel believes that moat investing is both a smart strategy and one that is easy to replicate, particularly when combined with the concept of fair value. “It creates the potential of above-average earnings over a longer period,” he says. “It also gives investors exposure to US equities that trade at attractive valuations.”

Smart beta and factor investing have been popular strategies in recent years and while Schlegel believes that moat investing belongs in the same conversation, there are some fundamental differences. Whereas the former two concepts are based on historical data, moat investing is very forward-looking.

“Morningstar’s equity research analysts assess quality and valuation by looking into the future,” says Schlegel. “On the quality side, they assign economic moat ratings, which determine whether a company can sustain a competitive advantage for ten or twenty years into the future. And their valuation research projects cash flows to arrive at a current intrinsic share value.”

Moat investing is not a smart beta approach, says Schlegel. Rather it is “a smart investment approach now used by many ETFs and worth considering for investors looking to outperform the broader market with a passive investment vehicle”.