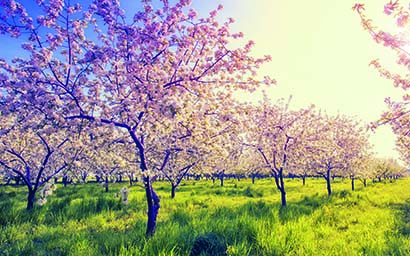 Boosted by the financial crisis, the alternative credit market has been growing in the US. Now, even though economies are recovering, the asset class may be poised to thrive in Europe. Catherine Lafferty reports.

One of the most counter-intuitive trends to have emerged from the Great Recession is the rise of an asset class with a wide variety of risk profiles: alternative credit. Crises typically prompt a flight to safety but alt-credit – as the asset class is also known – includes debt at the dicier end of the fixed income range. Why, then, would investor appetite for risk extend to alternative credit after the worst financial crash of modern times?

Part of the answer lies in one of the medicines of last resort administered by central banks in the depths of the crisis: interest rate-slashing. Where rates went, yields followed, plummeting into an abyss of barren returns.

Alternative credit has provided diversification too, as the asset class displays low correlation with equities, says Nick Tolchard, head of Europe, the Middle East and Africa for Invesco fixed income.

He adds: “Low yields have led to increased demand for higher-risk assets. Quite a lot of capital has been chasing a finite amount of opportunities, so investors have been looking to diversify their portfolios.”

There have been at least two regulatory drivers for the growth of alt-credit. The financial crisis saw a wave of regulation sweep through financial services. It meant banks cut their lending, which only created more demand for alternative sources of finance, and with canny eyes on rare business opportunities in an arid economy, wily asset managers stepped into the gap left by banks.

Another factor has been regulations such as Solvency II for insurance companies. It provides a more favourable capital charge for some alt-credit instruments.

Along with this mix of demand and regulation, a third factor in alt-credit’s rise was a socio-structural one. The exigencies of an ageing population saw defined benefit pension schemes turn to alternative credit as a means of handling future cashflow requirements by accessing long-term secure income assets, such as long-lease property.

Bearing fruit
Alternative credit has a number of advantages for yield-hungry investors. Will Nicoll, co-head of alternative credit at M&G Investments, says that private and illiquid assets usually provide higher levels of coupon income when compared to bonds with a similar credit rating.

The reason why is in order to compensate investors for the lack of liquidity – the so-called ‘liquidity premium’.

Nicoll says: “What’s also important is the fact that information flows are enhanced compared to those available from publicly available traded companies, which allows investors to engage very quickly with borrowers to discuss steps to address, for example, any issues related with their creditworthiness.”

As lenders negotiate directly with a borrower prior to investment, structural protections available are usually more robust than those found in public corporate bonds. This also means that lenders can agree covenants and protections that are individually designed to be appropriate to the risks of the investment.

Private debt assets can offer a range of maturities, from two years to more than 25 years. Longer-dated cashflows provide contractual income streams that are well suited for long-dated liability matching, which pension funds and other institutional investors with visible liabilities seek.

But on the other side of the equation, a disadvantage that investors need to consider is, of course, the lack of liquidity – though as Nicoll points out, what is lost in liquidity is gained in higher risk-adjusted returns and structural protections that can be superior to those offered by public bonds.

Private and illiquid markets can be lumpy. Structures can deteriorate and changes in supply and demand dynamics can be fast while negotiations can be slow and complex. This means that private and illiquid credit opportunities can take years to bear fruit, Nicoll says.

He adds: “However, investors need to be able to move quickly to capitalise on a deal when conditions turn favourable. What makes it challenging is the fact there are no public ratings, so alternative credit assets are more difficult to understand and evaluate, particularly in more complex segments of the market.”

Disappointment
Most alt-credit assets have done well in the past few years – but one exception is returns from bank loans, which have been disappointing.

Mark Cernicky, portfolio manager of Principal Global Investors, says that the lack of call protection in loans limits their capital appreciation potential and contributes to the ratcheting down of the coupon as issuers refinance often. This result surprised investors. In 2017, loan flows were positive, high yield bond flows were negative and yet high yield bonds outperformed loans. High yield bonds performed well over the past three years because default rates fell and are below long-term averages.

“It does not seem that multi-asset credit met investors’ expectations, yet performed how it should have, given the market environment over the last three years,” Cernicky says.

He adds: “Multi-asset credit strategies were designed to outperform investment grade and high yield in a rising rate environment and during periods of heightened volatility, neither of which happened over the past three years.”

As the economic recovery reaches maturity and interest rates begin their inevitable rise upwards, the question now is how alt-credit will perform in the coming months and years. If rates and thereby yields go up, there could be an increased allocation to traditional fixed income.

But Cernicky forecasts that multi-asset alternative credit strategies should perform well over the next 18 months as rates rise and volatility increases. These strategies were designed for the market environment expected in that period, he says.

“This will help mitigate the downside risk to high yield, yet still provide for upside potential. We also believe high yield bonds outperform loans over the next 18 months as flows into bank loans cap the upside on loans,” Cernicky says.

Change of scene
Growth in the European non-bank debt market has lagged its more mature counterpart in the US, where the borrowing landscape is more developed due largely to the supremacy of bank lending before the global financial crisis.

Historically, 70%-80% of European companies’ finance came from bank loans, with only a minority of debt and equity sourced from capital markets. It is only from 2008 that investors’ concerns regarding bank creditworthiness pushed up bank borrowing costs relative to corporates, which led to the development of many of these markets.

But all is set to change on the European alt-credit scene. Cernicky believes that the demand for alternative credit strategies is likely to increase in Europe as investors increase their allocation to private markets.

The development of the high yield and bank loans markets has been led by the US, but Europe is now catching up: the high yield market on this side of the Atlantic is worth €360 billion, compared to $1,080 billion (€876 billion) in the US, according to figures from Citigroup. At the same time, the European bank loans market is worth €215 billion, compared to

Markets are becoming more liquid and easily accessible, so it is becoming more typical for European investors to invest in alt-credit (which is more widely accepted in their portfolios).
Alt-credit was an unlikely choice for investors in the long winter of recession, but they seem to have acquired a taste for it. Expect to see it on investment menus for some time to come.