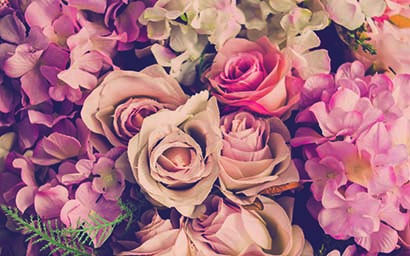 “In January, risk-hungry investors in Europe picked up where they had left off in 2017,” says Ali Masarwah, director of editorial research in Europe, Middle East and Africa at Morningstar. “Morningstar’s estimates of net flows to Europe-domiciled funds indicate that the drive towards risky assets gained momentum in the first month of the new year.”

The question now is: can it last? With the twin risks of the US dollar strengthening and an economic slowdown in China, some will agree with David Hauner, head of strategy for Eastern Europe, Middle East and Africa at the Bank of America Merrill Lynch in London, that 2018 may be the toughest test for these assets since the 2013 taper tantrum.

Certainly, 2018 is going to be a big year in emerging markets, not least because two major countries – Mexico and Brazil – face presidential elections.

Emerging markets equities were the leading asset class in terms of European flows in January 2018, but a lot of the buzz is around bonds. Perhaps the most interesting entry in the Morningstar leader and laggard tables is that for emerging markets local currency bonds. Barely an asset class a couple of years back, these bonds attracted inflows of €3.1 billion in January 2018 from European investors.

On paper, local currency bonds are vulnerable to a rising US dollar. But specialists in the asset class exude confidence in its continued ability to perform despite strong returns in 2016 and 2017.

According to BlueBay Asset Management, emerging markets currencies remain undervalued on a historical basis, following a circa 40% sell-off from 2011 to 2016, and retraced only some of that performance with recent gains. Furthermore, the differential between emerging and developed markets’ GDP growth remains significant and is forecast to widen. This is driven in large part by emerging markets’ trump card: strong fundamentals.

“Combined with a sizeable real interest rate differential drawing inflows into the asset class, this should mean that EM [emerging market] local currency assets post strong performance over the next 12-18 months,” says Brent David, portfolio manager at BlueBay AM.

Corporate debt
David is particularly bullish on emerging markets local currency corporate debt. It is positioned to benefit from the global macro backdrop, he says, and offers the highest yield (7%-8%) and the lowest duration profile within the fixed-income universe (three to five years).

The size and diversity of the $6.4 trillion (€5.2 trillion) emerging markets local currency corporate debt market present another benefit; $350 billion of this is euro-clearable, representing about 148 companies in 14 countries.

“The lack of dedicated investors in this space makes this an asset with a lot of potential for identifying opportunities and generating alpha,” says David.

And those opportunities are increasing all the time because local debt markets in emerging markets are becoming more accessible to international investors. Sergey Dergachev, lead portfolio manager for emerging markets corporate debt strategies at Union Investment, cites the example of Kazakhstan, which is placing bonds through Euroclear, the major clearing house. Other markets could open up over the next five years, he says.

“In addition, the opening up of new frontier markets that are so far not on the radar screen of investors is a likely trend, especially growth in Sub-Saharan African debt markets.”

Dergachev also sees some frontier markets becoming emerging markets and gaining more traction among investors. A leading example would be Bangladesh. “It’s a country with huge potential, but so far not really on investors’ radar screens,” he says.

Emerging markets FX also looks attractive on a relative basis, in Jones’s view. The 5% appreciation over the course of last year was largely driven by the US dollar side of the equation, he says, with EM FX struggling to keep pace with gains in the major currencies. The dollar index fell by more than 10% in 2017, largely due to the 15% gain in the euro.

“We expect investors to rotate into EM currencies for these reasons as well as for the higher yield,” says Jones. “Our forecast is that the combination of these factors will lead to high single-digit returns for the year, falling somewhat short of the 2017 result but still strongly positive.”

This is not to say that hard currency bonds don’t offer opportunities too. Indeed, Jones favours hard currency debt in the first half of this year because of the risk of rising volatility in emerging markets currencies.

“We want to emphasise that hard currency debt still offers good opportunities,” he says. “Valuations may look a bit stretched in an historical perspective, but relative to other higher-yielding fixed-income asset classes, they are still attractive.”

Within hard currency emerging markets debt, NN IP has a strong preference for frontier markets. Being at the beginning of their development, they have higher potential economic growth and favourable demographics. Frontier markets debt (FMD) is also in the higher-yielding part of the hard currency sovereign universe and has a relatively low duration and a low correlation with US Treasuries.

“This makes it less sensitive to rising US Treasury yields,” says Jones.

The frontier markets universe also has strong support from multilateral organisations. “Eighty per cent of the universe is in an IMF program or associated with China in its One Belt, One Road initiative,” says Jones. “This means that funding will ultimately be available for these countries.”

But what of the much talked-about risks? The possibility of rising inflation in EM emerging markets is a risk across the universe but not one that emerging market debt managers believe is imminent or will upset the apple cart.

“We agree that the secular disinflation trend of emerging economies is losing steam and could even be interrupted by rising commodity prices and some base effects,” says Thierry Larose, portfolio manager at Vontobel. “However, we believe it is way too soon to call for the reversal of this trend as few emerging economies are anywhere near closing their output gaps – a sine qua non condition to see their core inflation picking up.”

Dergachev, meanwhile, foresees only a gradual increase in inflation over the coming two to three years, expecting it to reach a level of 3.8% to 4%. “The key strength of EM, and one of the reasons why local debt is a very attractive asset class, has been the strong inflation targeting expertise and track record of EM central banks,” he says. “Today, more than 25 banks within EM countries have inflation-targeting mechanisms and have combatted inflation pressure very successfully over the last ten years, which provides strong creditability.”

Viewed relatively, emerging markets debt almost comes up smelling of roses, it seems. Compared to the bond yields in developed markets, considerably higher yields can be obtained in emerging markets where fundamentals are improving.

He is also unconcerned about an economic slowdown in China, believing the consolidation of power under President Xi Jinping increases the likelihood of market-friendly reforms continuing at a gradual pace. This will facilitate a modest deceleration of economic growth to a more sustainable path. “This should provide a tailwind for EM more broadly through investment and final demand but also in terms of investor sentiment and reducing tail risk,” Jones says.

Overall, emerging markets debt is a totally different asset from what it used to be. “The transformation and development of EM debt as a standalone, diverse and heterogeneous asset class is impressive,” says Dergachev, who also notes that emerging markets have become more crisis-resistant and that the last period of volatility that impacted EMs came mostly from developed markets.

Emerging markets debt is a long-term story and the growth trajectory remains intact. The best examples are huge domestic demand growth stories in countries such as India or Poland, says Dergachev, and infrastructure themes such as building the metro in Jakarta or the One Belt One Road initiative. These will lead to more project and bond financing  opportunities.

As a result, Dergachev believes “it is important to view the asset class of EMD as an integral part of asset allocation with its attractive risk-return combination and its strong fundamentals”.

Investors should not forget that volatility will remain a feature of emerging markets debt, but should remember that this volatility creates attractive buying and re-entry opportunities. In the end, it comes down to fundamentals.

“Fundamental factors remain supportive for the EM, with more than 50% of global GDP growth coming from such countries,” says Vontobel’s Goncharov. “Given that investments normally should follow growth, we believe portfolio flows into EM are also likely to increase.”