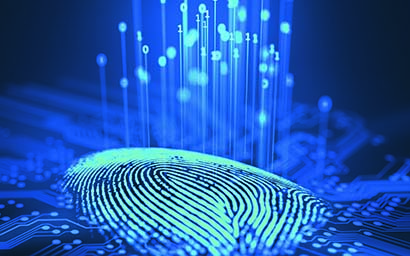 An initiative to identify counterparties more easily has gained pace in Europe thanks to MiFID II, finds Nicholas Pratt.

In the aftermath of the financial crisis, an initiative emerged to create a unique identity for each counterparty involved in a securities transaction. It means that all firms should be able to more easily establish their exposure to a financial institution should it collapse.

These Legal Entity Identifiers (LEIs) have since become an important component of the capital market reforms known as MiFID II. Each fund managed in Europe has to have a registered LEI and the European Securities and Markets Authority (Esma) has imposed a ‘no LEI, no trade’ rule to underline the importance of the initiative.

Currently there are 1.1 million LEIs in issue. However, many people think that’s some way off the desired total.

“I would expect there needs to be a lot more LEIs registered to cover the market,” says Dario Crispini, chief executive of Kaizen Reporting, who has previously worked for the Financial Conduct Authority in the UK.

More encouragingly, and somewhat predictably, the rate of LEI registrations accelerated as the January 2018 MiFID II deadline approached. In September there were some 530,000 LEIs and the total has more than doubled since then. Yet Crispini says that he expected to see many more.

The process is straightforward, says Stephan Wolf, chief executive of the Global Legal Entity Identifier Foundation (GLEIF), a non-profit, supra-national body established by the Financial Stability Board in 2014 to help with the implementation of the LEIs.

LEIs are issued by Local Operating Units (LOUs) who supply registration and other services and act as the primary interface for legal entities wishing to obtain an LEI. In order to do so, the entities must supply accurate reference data – level 1 data, such as official names and registered addresses, and level 2 data, which covers information to determine parent companies.

“An LEI is not obtained with one mouse click,” says Wolf. “However, once the legal entity makes available the required information, the LOU will normally issue the LEI within a few days upon conclusion of the data validation.”

Some LOUs offer a same-day service, such as the Depository Trust and Clearing Corporation (DTCC). According to Tony Freeman, the DTCC’s executive director of industry relations, the rate of LEI adoption among Europe’s asset managers is “very high and the process is running smoothly”.

However, others see a number of stumbling blocks that are hindering adoption. One impediment is the cost, says Crispini. It costs £100 (€112) to register an LEI in the UK. For a manager with more than 10,000 funds, sub-funds or trusts, it can be a considerable sum so there is a reluctance for managers to pay for the LEIs themselves.

“There can be some sensitive information involved in the registration and various data points that need to be found.”

GLEIF has tried to introduce some competition among the local operating units that issue LEIs. For example, the DTCC offers a same-day service and Bloomberg has recently entered the market, offering LEIs for £75.

Crispini welcomes a reduction in cost but says it confirms the original price was likely too high in the first place.

He mentions that the European Fund and Asset Management Association wrote to Esma back in 2013, essentially asking why firms should pay the £100 and what that money should be used for.”That question was never really answered,” says Crispini.

“I understand the willingness to embrace the free market and to encourage innovation and reduce cost but there are at least 22 LOUs out there all with their own costs and all competing. I would prefer a central utility, perhaps managed by Esma. However, that utility would need to be global and getting global agreement would be very difficult, particularly as there can be confidential data involved.”

Time lapse
There are other issues, too, such as keeping all of the LEIs up to date. There is no mandate on firms to renew their LEIs so the possibility of a lapse is very real.

Another one is the plan to broaden the use of LEIs to level 2 data, hierarchical data related to company subsidiaries, including overseas branches.

Crispini is also sceptical about the effectiveness of Esma’s edict that there can be no trades without LEIs, particularly for fund managers. “It may help to introduce some urgency but the obligation is entirely on the European fund manager rather than their counterparty. How many firms have declined to trade because their counterparty does not have an LEI? Will it also drive some business out of Europe?”

Esma tried to address this issue by introducing a grace period in January. For the first half of 2018, firms will be allowed to trade with another counterparty that does not have an LEI as long as that counterparty has applied for one. This six-month reprieve has received a mixed reception.

“At the time this was not seen as a great thing to do,” says Charlotte Malin, senior consultant at compliance consulting firm Cordium. “It caused Esma to back down from its ‘no LEI, no trade’ stance and created uncertainty about whether the market was really ready for the new transaction reporting regime.”

It is still unclear how successful the reprieve has been, says Malin. Esma has sought more information from regulators and trade bodies on how the requirement has been used.

However, GLEIF’s Wolf says that February saw the greatest number of registrations so far – a daily average of 1,300 compared to 300 for the first three quarters of 2017.

Wolf says the LEI could also be seen as a tool to make smarter, less costly and more reliable decisions about who to do business with, leading to operational efficiencies, cost savings and a reduction in transaction times.

While take-up within Europe could be improved, it is vastly superior to other regions, especially Asia where there is no imperative to adopt LEIs, says the DTCC’s Freeman, though he remains optimistic that wider adoption will eventually come as regulators seek further data, including for transactions outside of their specific region.