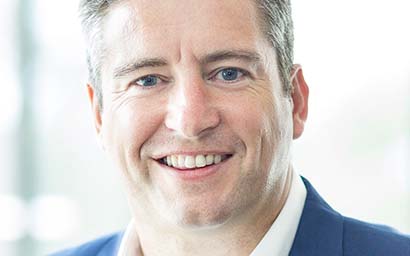 With this month marking the one-year countdown to ‘Brexit Day’ (March 29, 2019), it would be rude not to make some sort of a fuss about a topic so dear to our hearts.

The future challenges faced by UK financial institutions, including the UK’s sizeable alternative fund management community, in a post-Brexit environment have continued to feature prominently in the media in recent weeks, with numerous industry bodies demanding reassurance about what a post-Brexit trade deal for financial services might look like.

At the same time, some EU member states have been staking their claim to attract fund managers to set up an operation in the EU. The indications are that there are some quite fundamental questions about the operational structures of UK fund managers – particularly around certainty of EU market access.

It’s well established that Jersey’s funds regime is positioned strongly to enable non-EU (including UK) managers to structure their investment vehicles and continue to access EU investor capital without the burden of having to ‘up sticks’ to the EU.

Right across the alternative asset classes, a growing number of managers are making use of the private placement option – figures for Jersey, for example, show that the number of alternative funds being marketed into Europe in this way has grown 15% annually to 291. It’s stable, cost-effective and it works.

However, whilst the recent focus has been predominantly on the repercussions of a bad trade deal to Britain’s asset management industry, the reality is that EU managers should be thinking just as hard about mitigating the impact of Brexit too.

It’s a fact that a hugely significant proportion of investors in alternatives are based in the UK and access to the City is just as important an issue for EU managers as access to the EU is for UK managers. That’s why Jersey has been working with regulators, governments and industry to make sure it can offer EU as well as non-EU managers the future-proof environment they need post-Brexit to realise future success – and we know that Jersey already plays a significant and positive role in that respect. Research by Capital Economics shows that Jersey is responsible for channeling £1 in every £20 of foreign investment into the UK.

Moreover, indications point to an emphasis on global strategies in the alternatives space – PwC, for instance, forecast that alternative asset classes will continue to grow, particularly in developing markets, with private equity globally expected to double to $10 trillion (€8.1 trillion) by 2025.

It’s clear that the future success of fund managers, including those in the EU, lies in being able to access global markets easily – and few jurisdictions are as equipped to deliver that as Jersey. Research commissioned by Jersey Finance found that, post-Brexit, 72% of capital in Jersey alternative funds will be committed from non-EU countries.

So whilst most people might be getting tired of Brexit chatter, in Jersey we are quite happy to talk about it. We’d contend that we can play a hugely valuable role, not just in giving managers seamless access into the EU, but in working with EU managers to ensure continuity of market access into the UK and beyond too. It’s a role that empowers managers to focus on doing what they do best – generating returns for investors. And that will ultimately benefit everyone.

Mike Byrne is chairman of the Jersey Funds Association